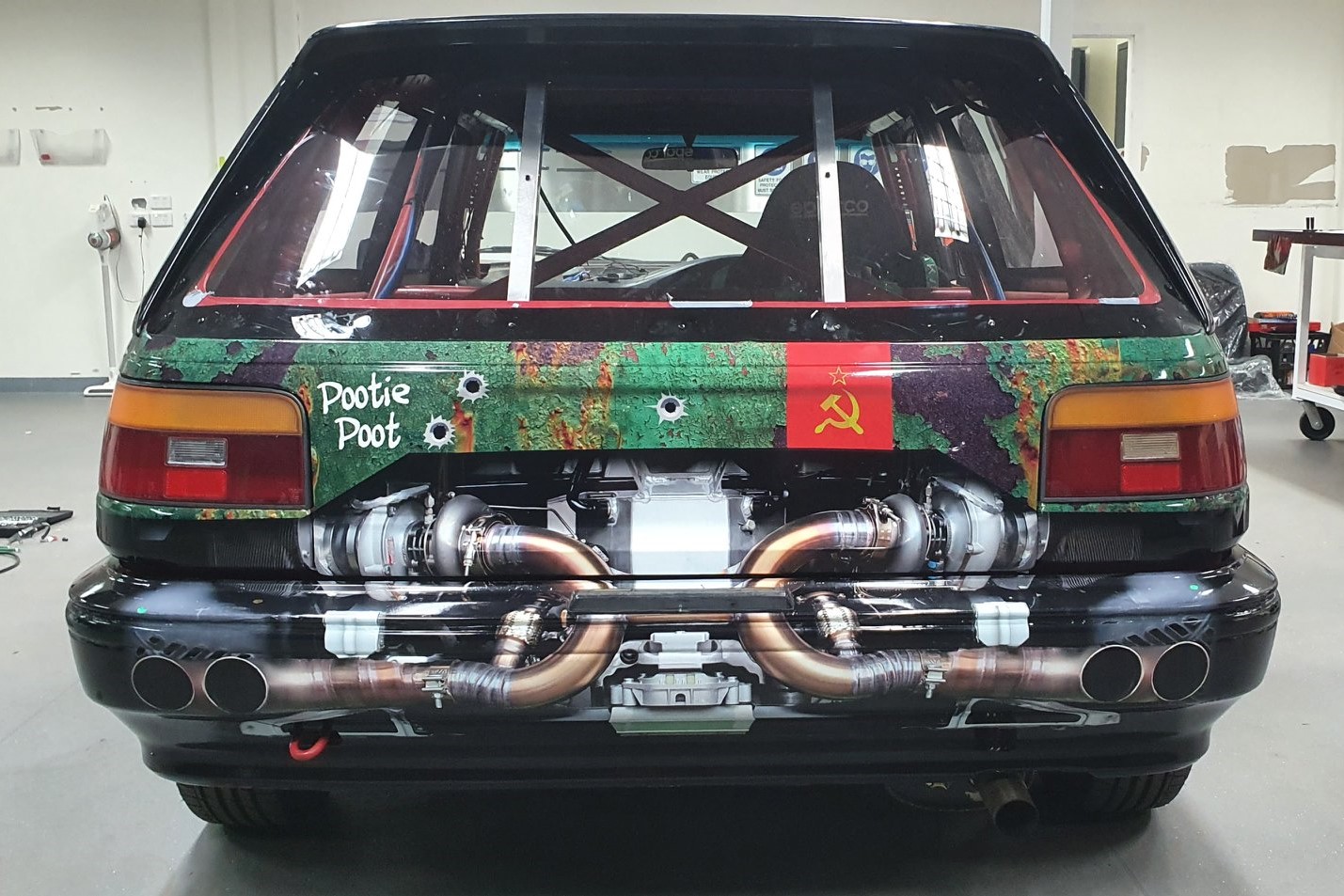 One of the SS Stress Therapy Endurance Sprints entries

The SS Stress Therapy Endurance Sprints has been launched after the sudden postponement of the 24 Hours of LeMons this weekend at Morgan Park Raceway.

Competitors in the 24 Hours of LeMons were informed via social media on September 3 that the event scheduled for September 11-12 has been cancelled due to COVID-19.

With cars prepared, flights booked, and accommodation organised, competitors have banded together to create their own event in its place.

SS Signs General Manager Rob Sharp, a regular 24 Hours of LeMons competitor for the past four years, was left bemused by the sudden and unexplained postponement of the event.

“There was supposed to be an event this weekend and then there was a Facebook post that came out saying it was postponed,” said Sharp.

“No one seems to be able to get hold of the guy running it, so we’re going to run an event ourselves and keep local motorsport alive.

“We’ve got in contact with Iain Sherrin of Sherrins Rentals and he’s going to help run it, he’ll be our race director.

“It’s targeted to guys racing in LeMons. Everyone has prepared their cars and did everything up.

“We were unsure why it was postponed so Morgan Park Raceway have rented the circuit to us and it’s all underway.”

In less than a week organisers have attracted 12 entries, but have capacity to field 30 cars.

If the first outing is a success, more low-cost events may be run in future throughout 2021.

Entries for the event close at midday on September 10. More information can be found via the event Facebook page.