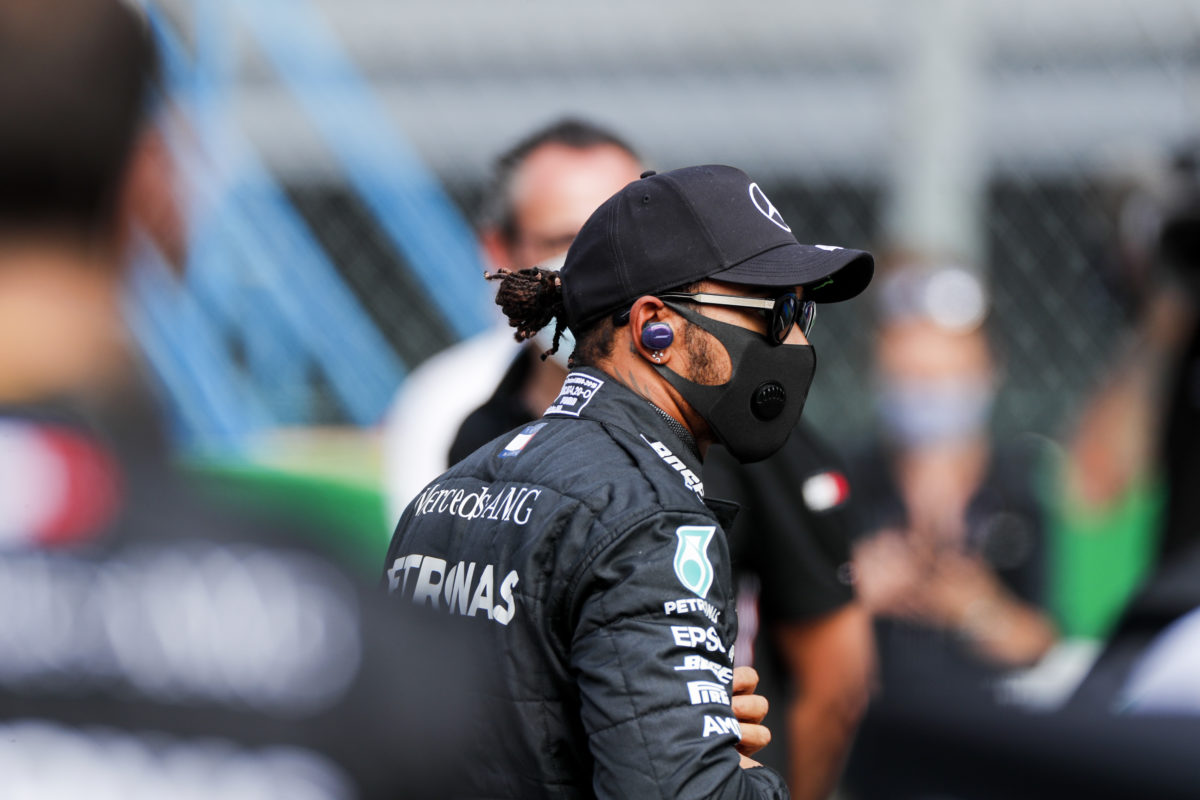 Formula 1 Race Director Michael Masi had no problem with Lewis Hamilton’s visit the stewards while the Italian Grand Prix was under red flag.

Hamilton finished seventh after falling to last on the road courtesy of a 10 second stop-go penalty.

The Mercedes driver had been leading the race to that point, but was penalised for entering a closed pit lane.

With the race stopped for a second incident shortly afterwards, Hamilton took the opportunity to visit the stewards.

“From my understanding yes, during the race suspension Lewis did go up and see the stewards,” Masi said.

“I don’t know what was said because I wasn’t in there, but from my understanding it was that once he saw the footage he came across fairly content. As content as you can be.

“There’s nothing stopping it and thankfully we don’t have too many red flags.

“The stewards, like everyone, have a very much open-door policy. If someone’s got a question, they can ask.”

Masi also explained that, the moment Hamilton entered the closed pit lane, his fate was sealed and stewards had no choice but to hand him a 10 second stop-go penalty.

“It’s very clear that the penalty under Article 38.3d will be imposed on any driver who in the opinion of the stewards entered the pit lane for any other reason while it was closed.

“So the simple part is that there is no flexibility within that, the stewards have a mandatory penalty that they must apply.

“All of the mandatory penalties within the sporting regulations, we also went through one by one with all of the team sporting directors last year to see those that we collectively felt needed to be changed versus those that needed to stay in.

“The sporting directors unanimously (agreed) that they had to stay, so all of the teams are well and truly familiar with the mandatory penalties throughout the sporting regulations.”

Another point of contention within the race was the ability for drivers to change tyres while under red flag conditions.

That offered a sizeable advantage to drivers like Lance Stroll who had not pitted prior to either of the two Safety Cars or race stoppage.

The result meant Stroll was able to use both sets of tyres as stipulated by the regulations without completing a racing pitstop – a gain of approximately 24 seconds.

“The race suspension regulations have been as such for quite a long time,” Masi explained.

“Thankfully it’s not something that occurs all that often, and if there are elements of the regulations that need to be reviewed, we will review it in a Sporting Working Group with all of the team sporting directors and if something is necessary go through the required process to do it.

“Nothing will change for the remainder of 2020 but we’ll have a discussion about what happens in future and learn from it and see if there’s anything that can be improved.”

Formula 1 heads to Mugello for the Tuscan Grand Prix, practice for which begins on Friday.