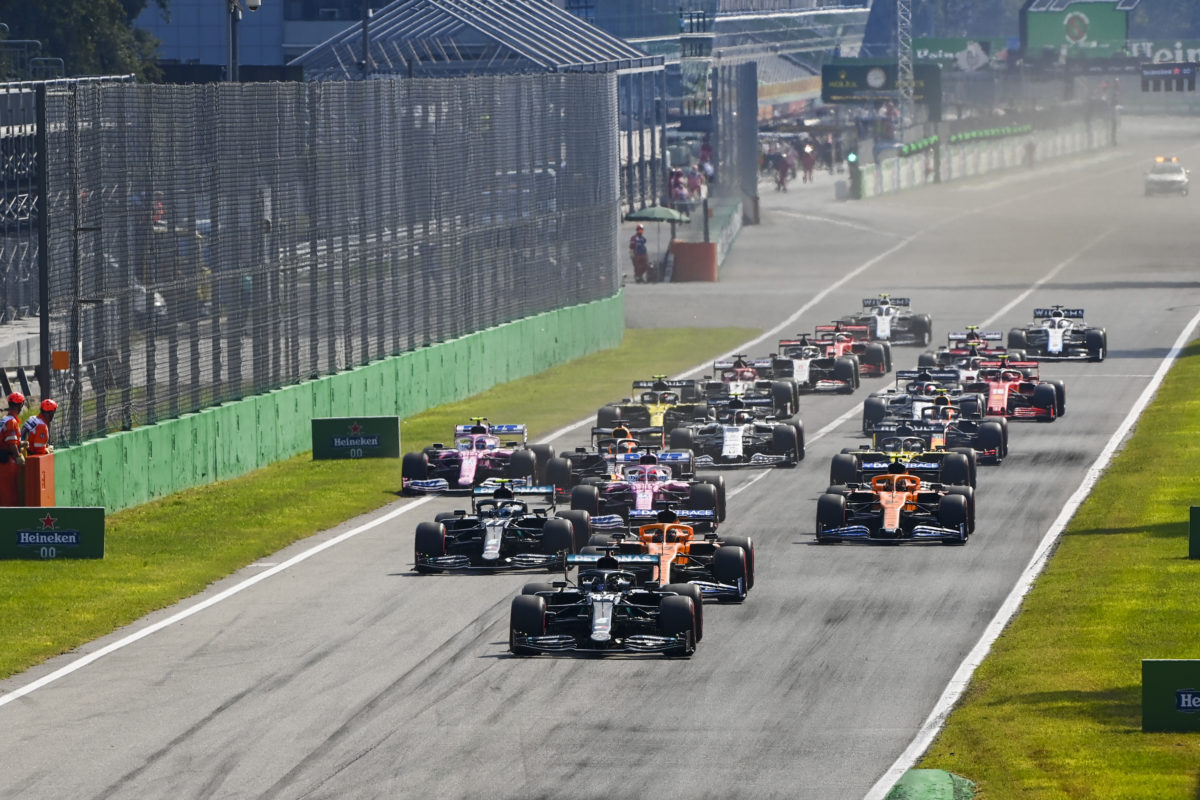 Formula 1 wants to revisit discussions regarding the use of reverse grid sprint races ahead of the 2021 season.

In Monza, the Italian Grand Prix demonstrated how the concept could work after Lewis Hamilton fell to the back of the pack following a stop-go penalty.

Coupled with a red flag immediately prior to Hamilton serving the penalty, it created a mixed up order and, ultimately, a first-time grand prix winner.

“Monza was a candidate for a reverse grid sprint race when we were considering testing the format this year,” said Ross Brawn, Formula 1 Managing Director, Motorsport.

“Unfortunately, we could not move forward with it, but the concept is still something we and the FIA want to work through in the coming months and discuss with the teams for next year.

“We believe that (Sunday’s) race showed the excitement a mixed-up pack can deliver and with next year’s cars remaining the same as this year – our fans could be treated to the similar drama we saw this weekend at Monza.”

Hamilton was relegated to the rear of the field after having to serve a stop-go penalty for entering a closed pit lane.

While dominant at the front of the race, his progress through the field was slowed as he lost performance in traffic.

Part of that, Brawn suggests, is a result of how Mercedes expected the race to pan out and therefore set up Hamilton’s car.

“Of course, with a reverse grid sprint race, teams will set their cars up differently,” he reasoned.

“Right now, Mercedes set their cars up to achieve the fastest lap and then to control the race from the front.

“If they know they have to overtake, they will have to change that approach.

“We will continue to evaluate new formats with the aim of improving the show but always maintaining the DNA of Formula 1.”

The prospect of reverse grid races was previously discussed by the Formula 1 Strategy Group as recently as May, but was blocked by Mercedes.