Whincup didn’t expect van Gisbergen to let him back past

Whincup didn’t expect van Gisbergen to let him back past 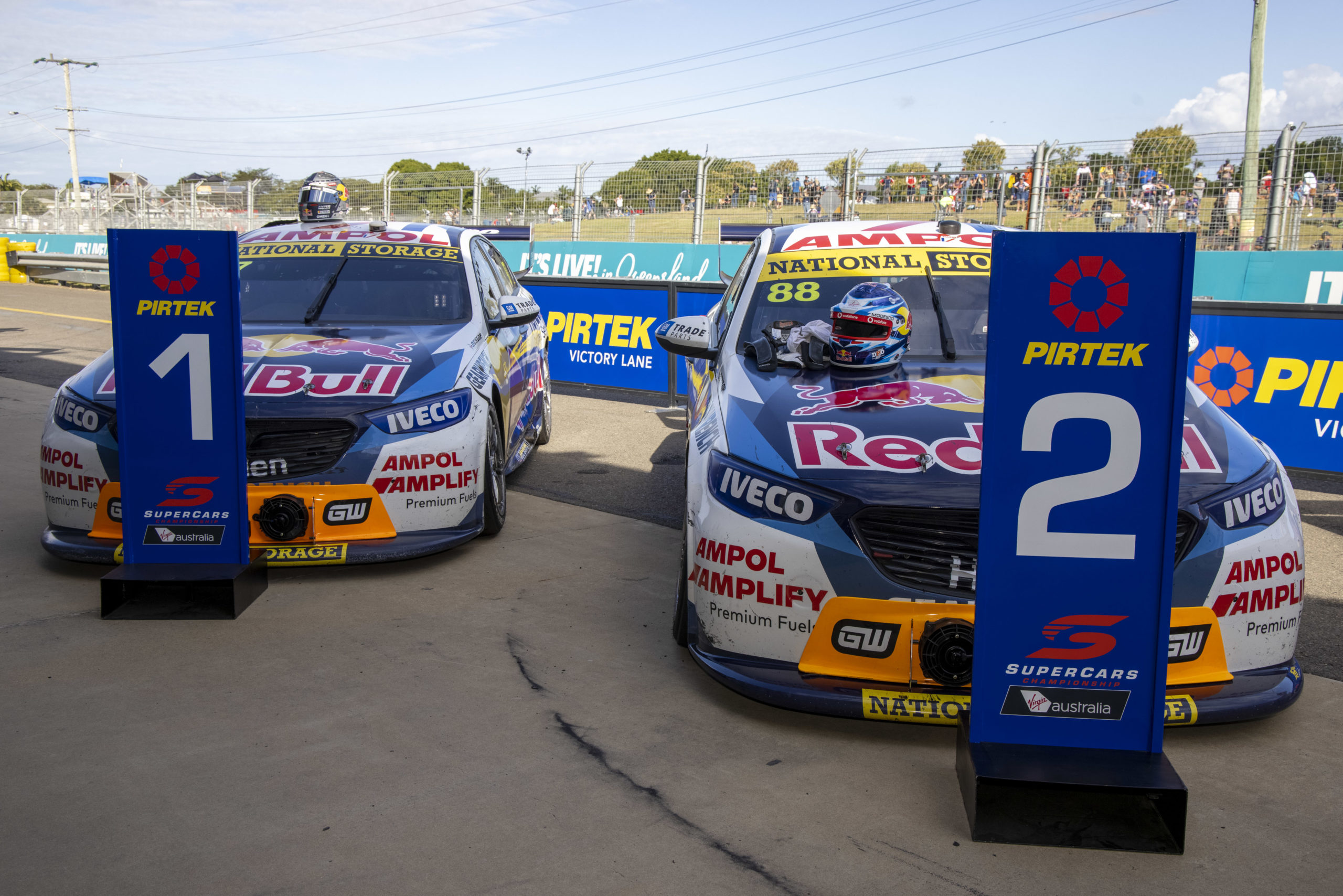 Championship contender Jamie Whincup said he did not expect Shane van Gisbergen to return a favour and let him win Race 24 at the Townsville SuperSprint.

The race was blighted by a controversial pass, which saw Shell V-Power Racing Team driver Scott McLaughlin lose the lead and fall to third where he would finish.

McLaughlin has been an early stopper in the race while van Gisbergen, who pitted late, received a free kick when the Safety Car was deployed shortly after his pit stop.

With his Holden ZB Commodore shod with fresh tyres, Whincup subsequently let the faster van Gisbergen pass on the approach to Turn 2 to mount an attack on McLaughlin

Van Gisbergen went on to make the controversial move on McLaughlin that also allowed Whincup to follow through.

The championship leader went on to describe the pass as “pretty average”.

Asked whether he thought van Gisbergen should have ceded position to Whincup following the manoeuvre, the seven-time champion replied, “I don’t think so.

“They did a great job with the strategy and it played into their hands; they had four tyres left, so SVG deserved the win today and he got it.

“I wasn’t going to hold Shane up. We don’t hold each other up,” Whincup said of the decision to let van Gisbergen past.

“He had some serious pace. When that Safety Car came out he was on for the win so I didn’t want to get in the way of that.”

The drivers’ championship is still led by McLaughlin who holds a 143-point advantage over Whincup.

Just three rounds remaining in the championship with the double-header at The Bend Motorsport Park slated for September 19-20 and 26-27.

The Virgin Australia Supercars Championship will close out with the Supercheap Auto Bathurst 1000 on October 15-18.