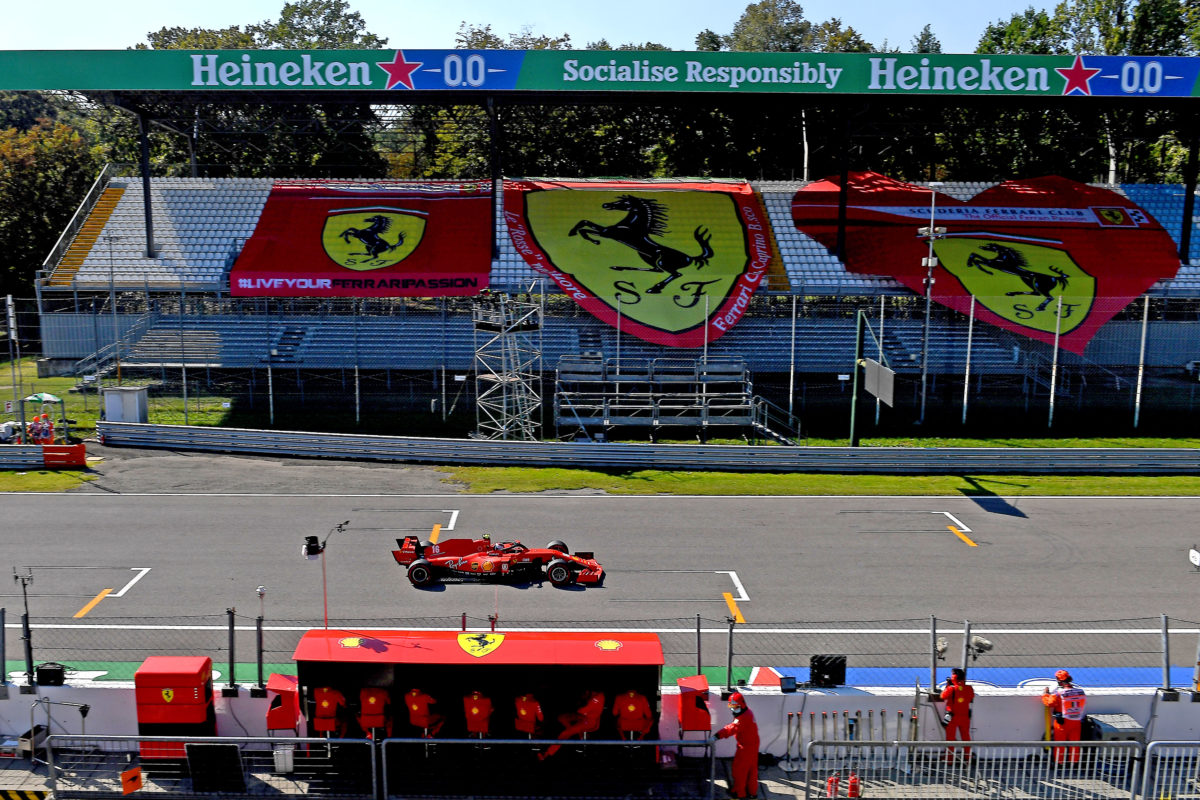 Sebastian Vettel has admitted that expectations heading into the Formula 1 Tuscany Grand Prix this weekend are “very low” after Ferrari recorded a double retirement in Monza.

Vettel retired from the Italian Grand Prix with brake failure early in the piece before Charles Leclerc crashed out at mid-distance, turning the race on its head in the process.

The pair had qualified just 17th and 13th respectively, the worst Saturday performance from the Scuderia at Monza since 1984.

“You see where we are,” Vettel told the sport’s official website.

“I hope in Mugello we’re in a little bit of a better place but that doesn’t mean we’re fighting for the podium.

“You need to be realistic. Expectations are very low.

“Hopefully we have a smooth weekend, a weekend without trouble. That would be a good start, at least on my side, and then we’ll see.”

Vettel has just four points paying finishes to his name in 2020, with a best result of sixth at the Hungarian Grand Prix.

Ferrari as a whole sits sixth in the constructors’ championship, 10 points behind Renault, and has not scored a point since the Spanish Grand Prix.

It’s only twice had both cars in the points, at the season opening Austrian Grand Prix and then again at the British Grand Prix.

“Tough times are part of life and part of sports but at the moment I think it’s not fair to all the guys that put so much effort in, that we are that bad,” Vettel said.

“But on the other hand it’s a testimony of where we stand.

“It’s poor obviously where we are, especially here for our home race. I think it’s probably a blessing that there’s nobody in the stands.”

Formula 1 will celebrate Ferrari’s 1000th race as a constructor at the Tuscany Grand Prix this weekend.