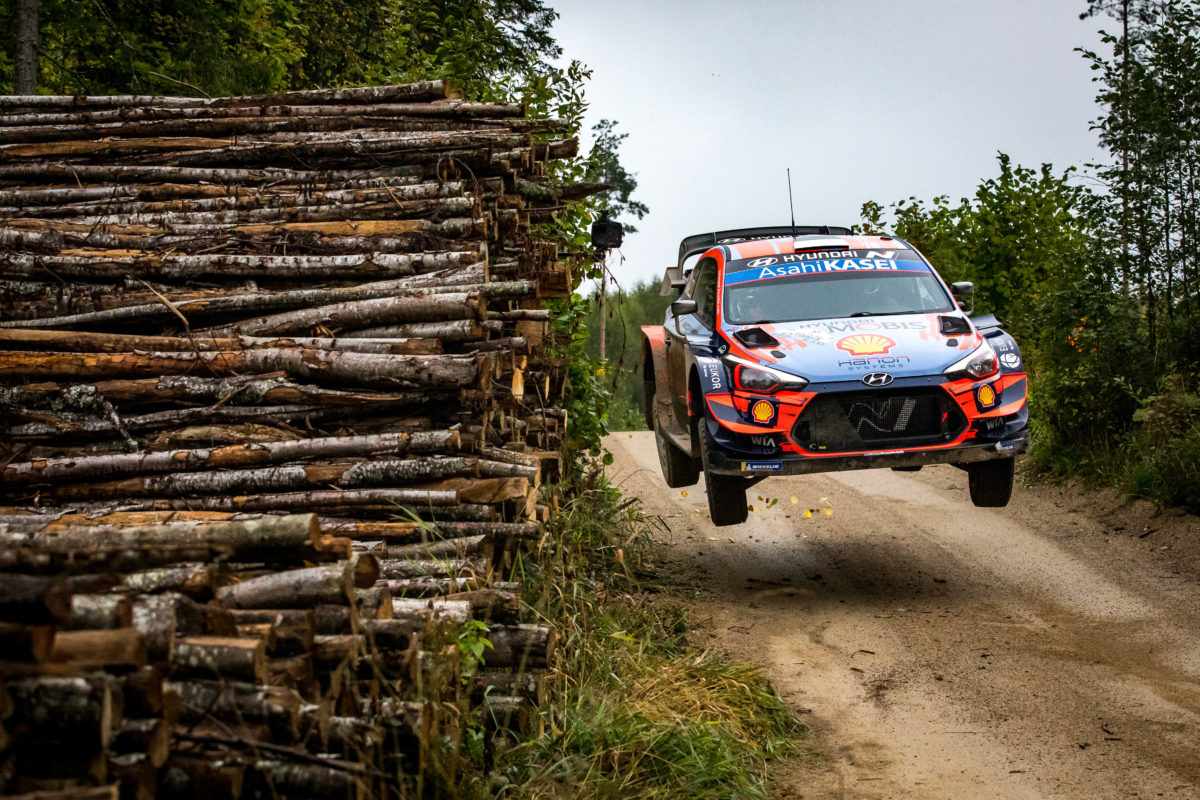 Estonian Ott Tanak has claimed victory in his inaugural home World Rally Championship event after nearly crashing his Hyundai in a ditch on the penultimate stage.

Tanak took the overall lead on Saturday morning’s Special Stage 3 and did not relinquish it for the 14 stages which followed, although there was a close call in the second run through the Kaagvere test.

The 2019 world champion slid wide through a left-hander and dropped the rear end of his i20 over the edge of the road, but stayed away from the trees which were waiting for him and sustained only cosmetic damage.

With the rally win and three Power Stage bonus points, Tanak has leaped to third in the drivers’ standings at 13 points behind Sebastien Ogier.

Craig Breen made it a Hyundai Motorsport one-two in Estonia, getting home 22.2s behind Car #8 with two stage wins and fifth in the Power Stage along the way.

While the Korean marque won the event in relatively comfortable fashion, the final day belonged to Toyota Gazoo Racing as it took out all six of the Sunday stages.

Ogier accounted for two of those, in addition to the three he claimed across the Friday and Saturday, as the Frenchman finished third overall with two Power Stage bonus points.

Factory Yaris entries also ended up fourth and fifth overall in the hands of Elfyn Evans and Kalle Rovanpera, respectively.

Thierry Neuville did not make the finish after multiple dramas.

The first came when he skated wide and just about ripped the right-rear wheel off his factory Hyundai on the first stage of the Saturday afternoon loop, the Prangli test.

After restarting on the final day, the Belgian was unable to tackle the Power Stage due to a mechanical problem for the #11 i20.

Australian Dale Moscatt, co-driving for Estonian Karl Kruuda in a Volkswagen Polo R5, ended up 17th overall and fifth in the WRC3 class.

Evans is currently second to Ogier by nine points in the drivers’ championship, while Toyota leads the manufacturers’ race with 137 points from Hyundai’s 132 and M-Sport Ford’s 83.

With a fourth round finally in the books after a long break due to the COVID-19 pandemic, just three more rallies remain in 2020.

The next is Rally Turkey on September 18-20.