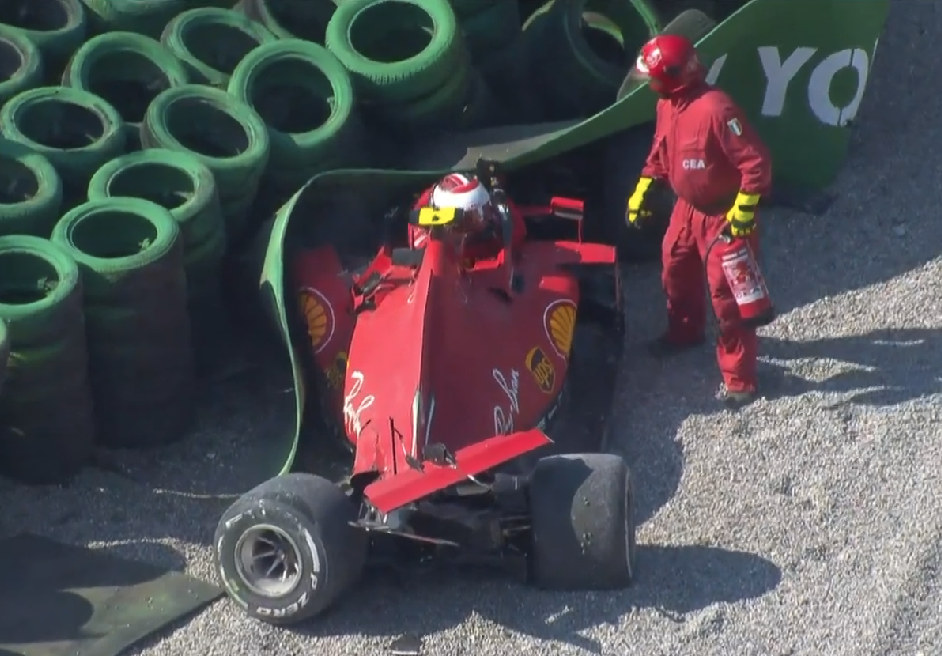 The Formula 1 Italian Grand Prix has been red flagged following a heavy crash for Charles Leclerc at the Parabolica.

The Ferrari driver lost the back end of his car as he accelerated out of the final corner at the end of Lap 25, spearing off the road and into the barrier on driver’s left.

The SF1000 became buried in the tyre barriers, though Leclerc was able to clamber out before running across the track to the pit lane.

Damage to the tyre barrier forced the race to be red flagged as the wall was repaired and the stricken car retreived.

The incident came at a crucial moment. Only a lap earlier the race had resumed following a Safety Car to clear Kevin Magnussen’s Haas on the opposite side of the track.

That saw pit entry closed, though Lewis Hamilton and Antonio Giovinazzi entered anyway. They both picked up 10 second stop-go penalties as a result.

Hamilton had been leading at the time of the incident, and regained that spot as others took to the pit lane once it had opened.

Taking the penalty into account, it leaves Lance Stroll as the effective race leader from Pierre Gasly and Kimi Raikkonen with half the race remaining once it resumes.