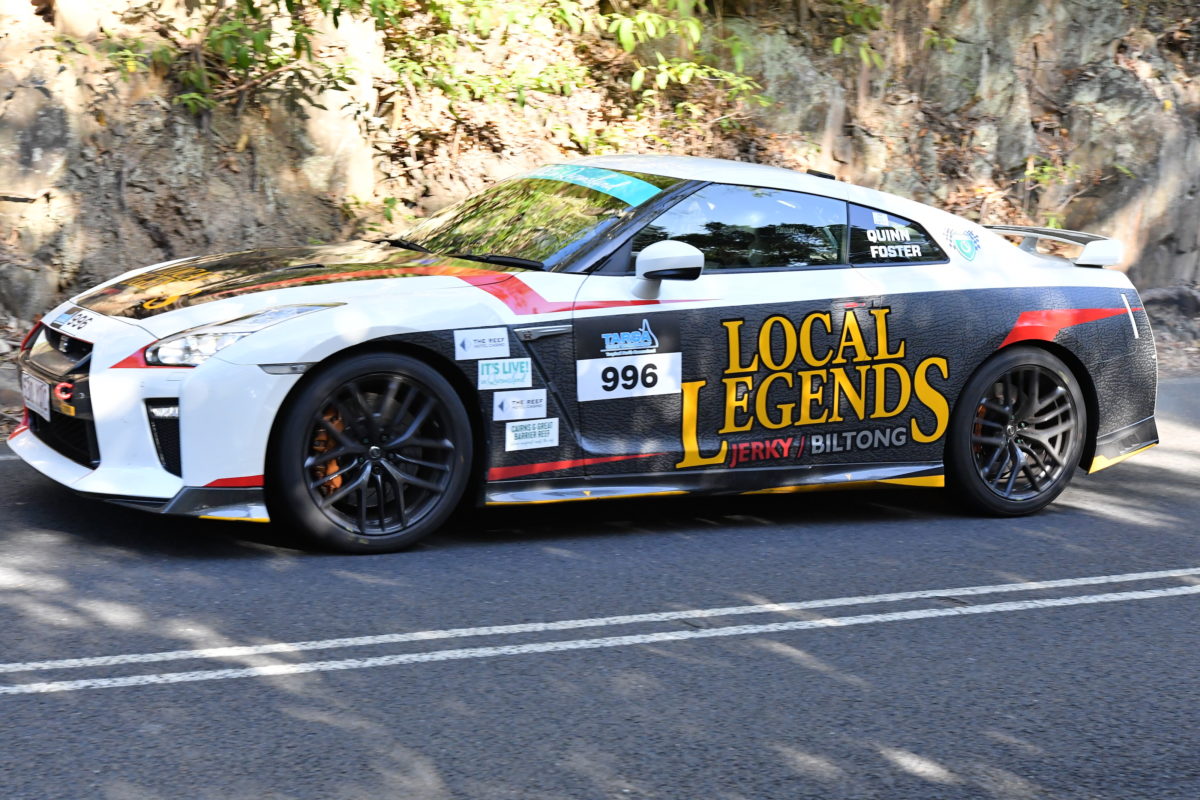 Tony Quinn has taken a commanding win at the third edition of the Targa Great Barrier Reef in Cairns driving a 2018 Nissan GT-R R35.

Quinn topped four of the six Tablelands tests on the final day to take the Outright win as well as the It’s Live in Queensland GT Outright classes.

“We just kept it nice and clean on the long stages today and the rest took care of itself,” Quinn, a two-times Targa Tasmania winner, said.

“It is a real thrill to win Targa Great Barrier Reef which is a great event that has a positive effect on the local community.

“The Nissan didn’t miss a beat over the three days and is really suited to the roads around Cairns.”

For Quinn, who led from day one on Friday, it sealed a rare double after taking victory on the streets of Townsville’s Reid Park circuit the previous weekend in an Aston Martin.

With the Leg 2 withdrawals through mechanical issues of the Anthony Genocchio and Robert Horsfall and Jon and Gina Siddins machines, Shannons Classic GT was taken out by well-known Sunshine Coast car collector Dan Bowden.

Shannons Classic Handicap duo of Peter Gluskie and Samantha Winter (1985 BMW 325i) were never headed to lead from the outset and win the class by just over one minute.

Marshall (2002 Ford Pursuit Ute 250) built victory on minimising mistakes that limited his penalties to low single figures on each of the 18 tests.

In the end the Marshalls ended with 22 points, to beat Agim Selita and Gezim Bashi (2007 BMW M5)  who finished on 31 Points.

The next round of the Motorsport Australia TARGA Championship is TARGA High Country in Victoria from November 13 to 15.