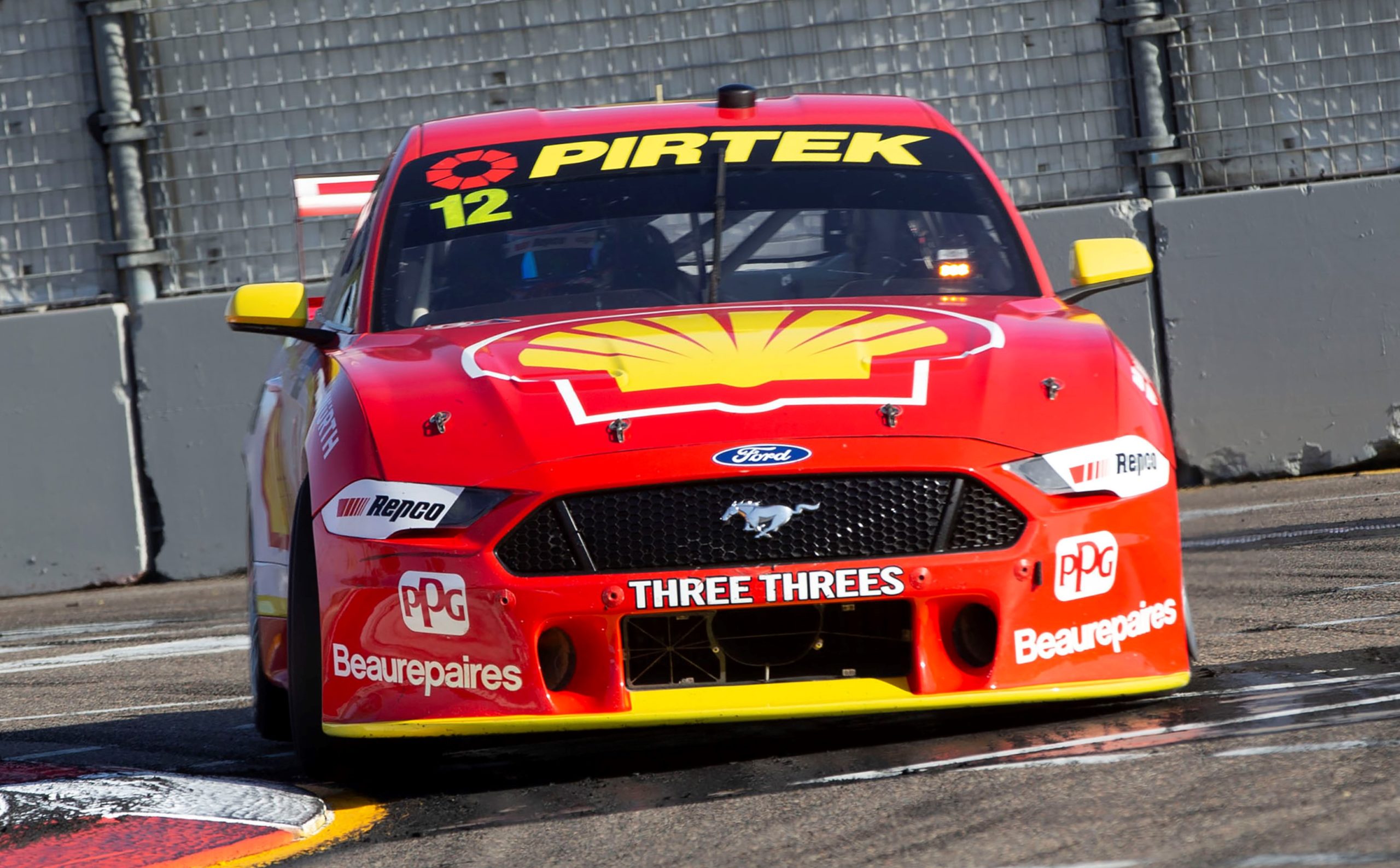 Coulthard went podium-less across the two weekends at the Reid Park Street Circuit, but said he’s heading “in the right direction” with the team.

The 38-year-old finished seventh in the opening race of the weekend before suffering a slump in the second outing that saw him finish 20th.

In the end, Coulthard finished eighth in the final race of the weekend, a result he hailed as a positive step forward.

“Even though it was only seventh or eighth, I’m actually leaving here more positive than I would have if we had finished racing after the first race (on Sunday),” said Coulthard.

“I think we’ve found a little trick, which is nice. I’m not going to tell you what it is, but I’m leaving here pretty positive. It’s given me a couple of bullets for this gun you talk about.

“I thought I had forgotten what to do in the race before and then all of a sudden I’ve remembered and we’ve tuned the car up to being a lot better.”

Coulthard lies seventh in the drivers’ championship with two podium finishes to his credit, but is still searching for his first win of 2020.

He will have two weeks off before Supercars returns to The Bend Motorsport Park for a double-header on September 19-20 and 26-27.

Last year the team swept both races with back-to-back wins for Scott McLaughlin.

Coulthard said the team will use the time they have between rounds wisely to prepare their Ford Mustang pair.

“We’re one of the fortunate teams that can go back to Queensland and give our cars a good service before we go to The Bend,” he said.

“We’ll have a good look at them, check them over, change things that need to be changed, and come out fighting at The Bend.”