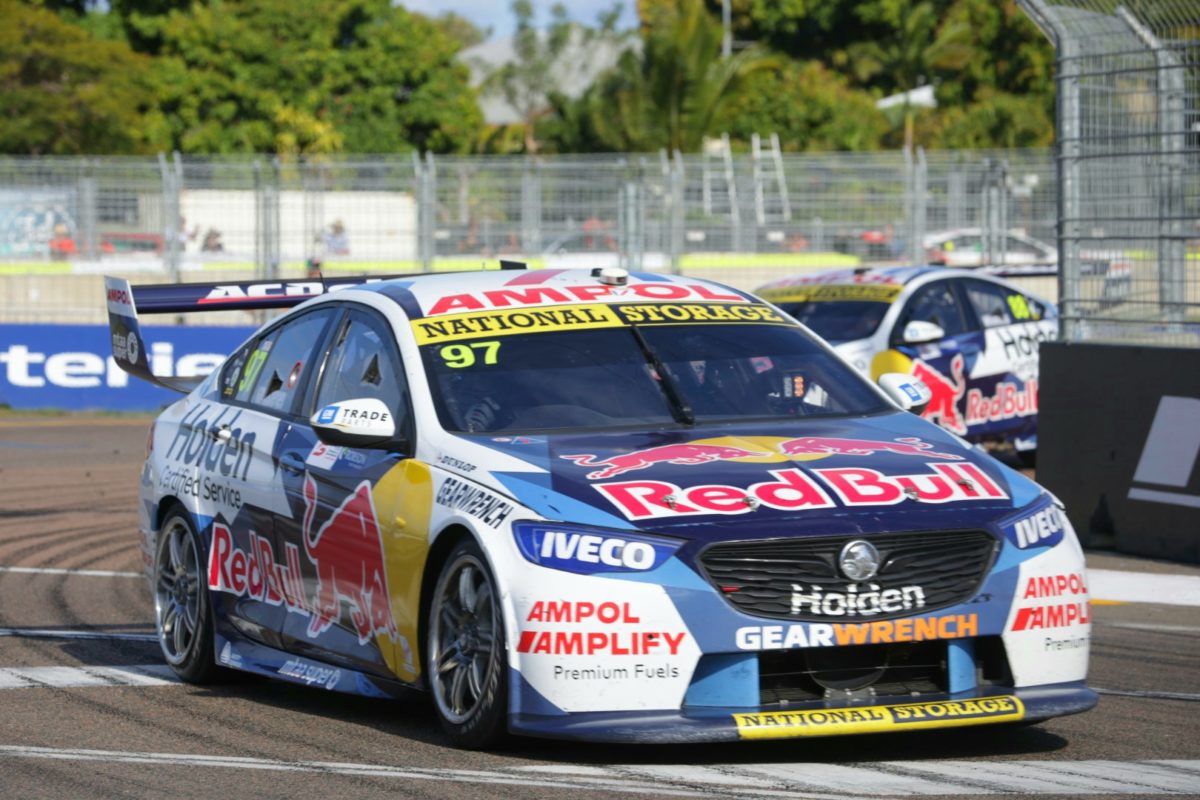 The cards fell van Gisbergen’s way in particular when a Safety Car bunched the field up for a nine-lap sprint to the finish in Race 24 at the Robson Civil Projects Townsville SuperSprint.

McLaughlin held the lead having vaulted from eighth due to an early pit stop, during which he took three tyres, while van Gisbergen ran until Lap 24 and had four fresh tyres.

Whincup was third for the restart but both of the Red Bull Holden Racing Team drivers were soon breathing down the neck of #17.

It was then that Whincup stepped aside to let his team-mate van Gisbergen have a crack at the Shell V-Power Mustang, and #97 did so less than a lap later with an under brakes move at Turn 11 on Lap 36.

The dive saw the 2016 champion go wide and force McLaughlin to do likewise, but he completed the pass and had made enough room for Whincup to follow.

Meanwhile, Fabian Coulthard was running ninth in the other DJR Team Penske entry.

Van Gisbergen went on to win by almost a second, and Whincup was two seconds up on McLaughlin at the chequered flag.

Coulthard finished eighth but is under investigation for allegedly passing under Safety Car.

“We saw Scotty pit early and we went 10 laps longer so we knew we were going to be strong at the end there but SVG went longer again,” recounted Whincup in his post-race television interview.

“I guess it just comes down to we run a two-car team, and there’s the same equipment (for) both cars (and) we’ve both got the same opportunity.

“It’s generally sometimes a negative because you’ve got to pit behind the second car or he takes points away from you but today, if anything, it was a help and that’s the advantage of running a two-car team instead of a one-plus-one.”

The result also saw the gap at the top of the Virgin Australia Supercars Championship narrowly slightly again, McLaughlin now leading Whincup by 143 points with the Repco SuperSprint The Bend to come on September 19-20.