Waters: van Gisbergen should have been penalised

Waters: van Gisbergen should have been penalised 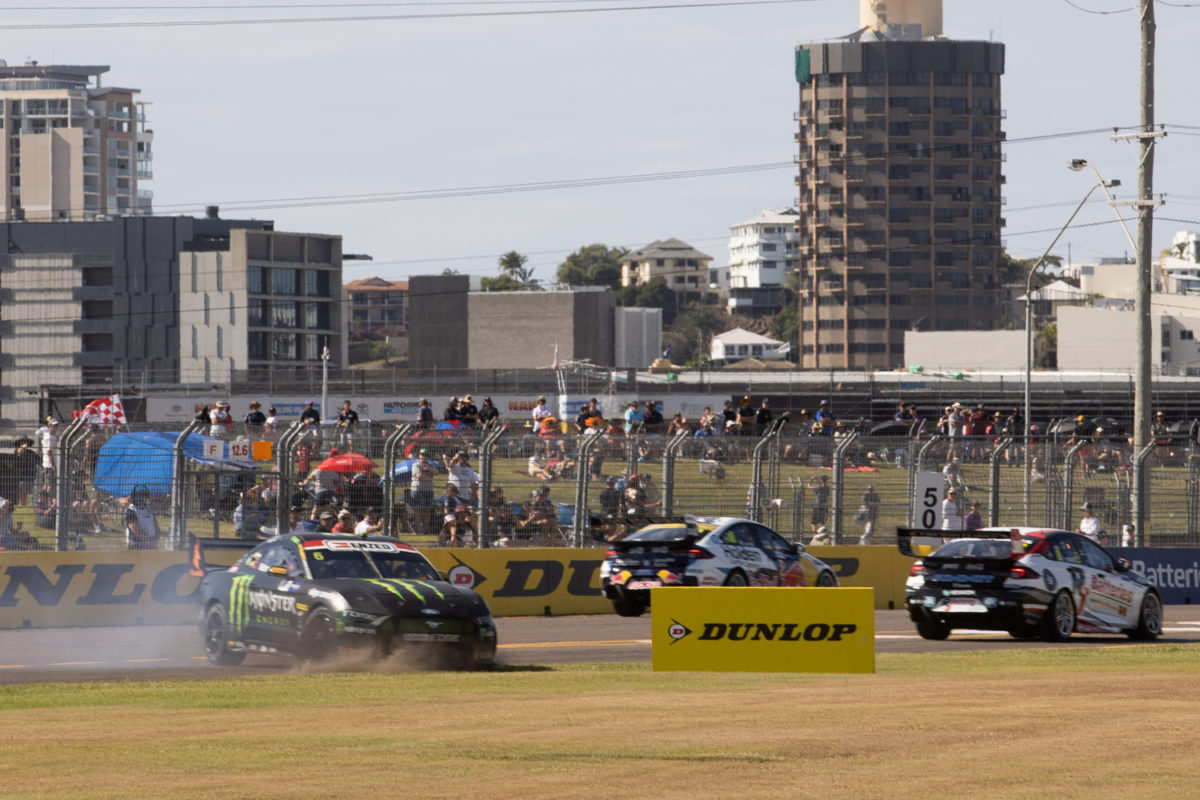 Cameron Waters believes that Shane van Gisbergen should have been penalised for the contact which sent the Tickford driver spinning in Race 24 at the Robson Civil Projects Townsville SuperSprint.

The Tickford driver was just about to pit from fifth when he copped a hit from van Gisbergen amid a battle for position also involving Nick Percat and Jamie Whincup on Lap 15.

Percat had run wide when he pinched a brake at Turn 11, which allowed Whincup through and made the Brad Jones Racing driver’s own entry to the pits more difficult.

Waters moved to follow the #8 R&J Batteries machine into the lane but ultimately had to do so via the grass after the touch from behind.

According to the stewards summary, the Race Director James Taylor and Driving Standards Advisor Craig Baird “determined the Incident did not warrant referral to the Stewards as no driver was wholly or predominately to blame for the Incident.”

Waters disagreed, stating, “Coming in to pit and as I started to lift off the throttle, I just got drilled by Shane (van Gisbergen) and got turned around.

“He apologised to me after the race and obviously didn’t know I was going to pit. It’s frustrating but it is what it is.

“I thought he should have gotten a penalty but he didn’t, so it looks like he owes me a free kick, and we’ll go on to Tailem Bend.”

Van Gisbergen claimed that Waters had slowed more than he had expected in response to Percat’s manoeuvre.

“I saw Percat got passed the corner just before and then I saw him come across the track really harshly to get into pit lane,” recounted the Red Bull Holden Racing Team driver, who went on to win the race.

“I knew Cam was going to check up, so I checked up, but not enough and then Cam really got on the brakes to let Nick in.

“It was touch and go whether I thought I would get a penalty, but it was a racing thing and everyone was just desperate trying to get into the pits and checked up more than they should have.

“A little bit lucky there, I feel, but probably the right call to have a racing deal.”

Waters went on to finish 12th after results of second and fifth in the first two races of the weekend, and was positive on the whole about his showing.

“Overall (it was) a strong weekend in Townsville for the Monster car; obviously lots of trophies and good pace,” he declared.

“So that’s really promising (and) we’ll try and finish the year strong.”

Waters is now fourth in the championship, having dropped one spot in the standings in that race but gained one over the course of the event.

Next up is the Repco SuperSprint The Bend on September 19-20.