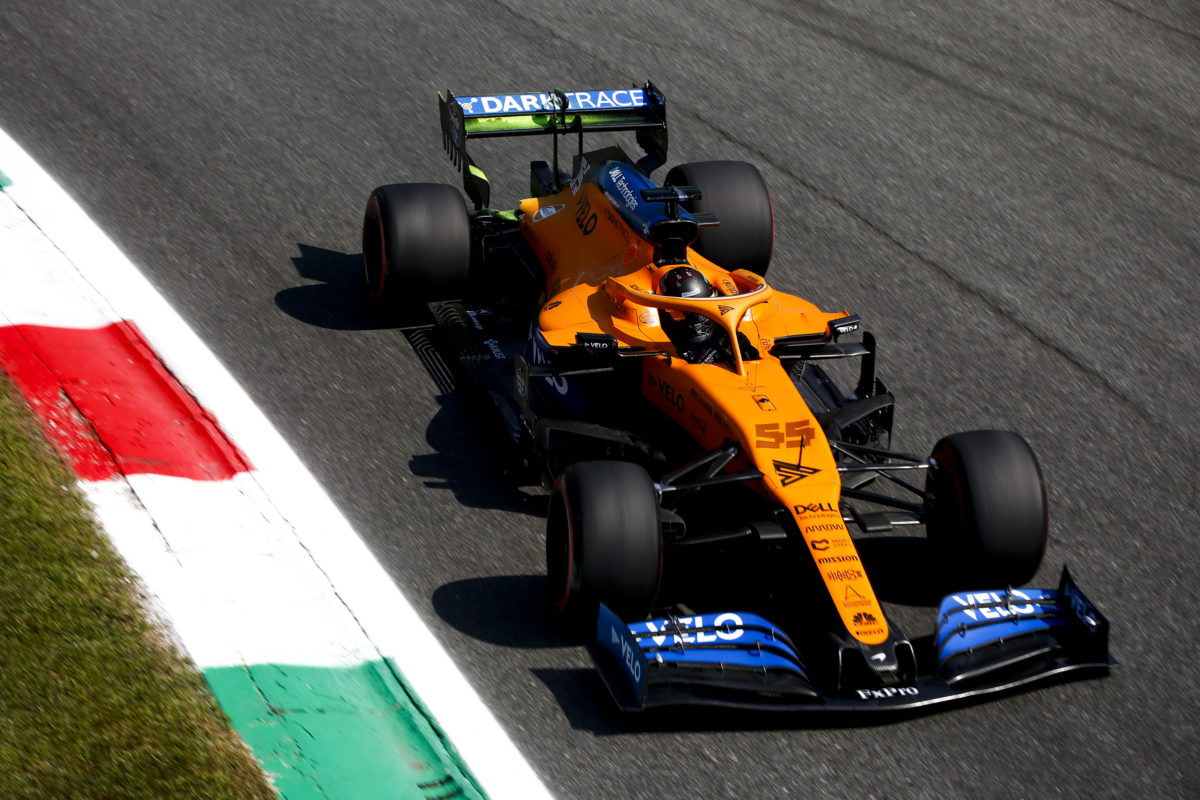 Carlos Sainz was left shaking following his final lap effort in qualifying which will see him start the Formula 1 Italian Grand Prix from third on the grid.

It marked a marginal improvement over what Sainz manged in Qualifying 2, when he recorded a 1:19.705s lap, but came after an error midway around the lap forced an aggressive final sector.

“The last lap I nearly messed up, I had a big moment in Lesmo 1 and I nearly lost it.

“Since then on, I had to drive like this (aggressively) and I’m actually shaking a bit because since Variante Ascari I really had to go for it.”

“I was waiting for Q3 run two, and the lap didn’t start very well and I was already needing some very strong final few corners.

“I really went for it, I risked a lot, and it paid off and as you can see, after the dive I did into Ascari I was like ‘whoa’ that was way too late.”

Sainz’s first effort in Qualifying 3 was a comparatively sedate 1:19.906s, a lap that would have left him seventh on the grid.

His near three tenth improvement therefore resulted in a four place gain for Sunday’s race, which he expects to be somewhat of a rear-guard encounter.

“I mean, we had the Renaults this weekend that I thought were going to be quicker than us, but this lap helps.”

Sainz’s McLaren team-mate, Lando Norris, will line up sixth on the grid.