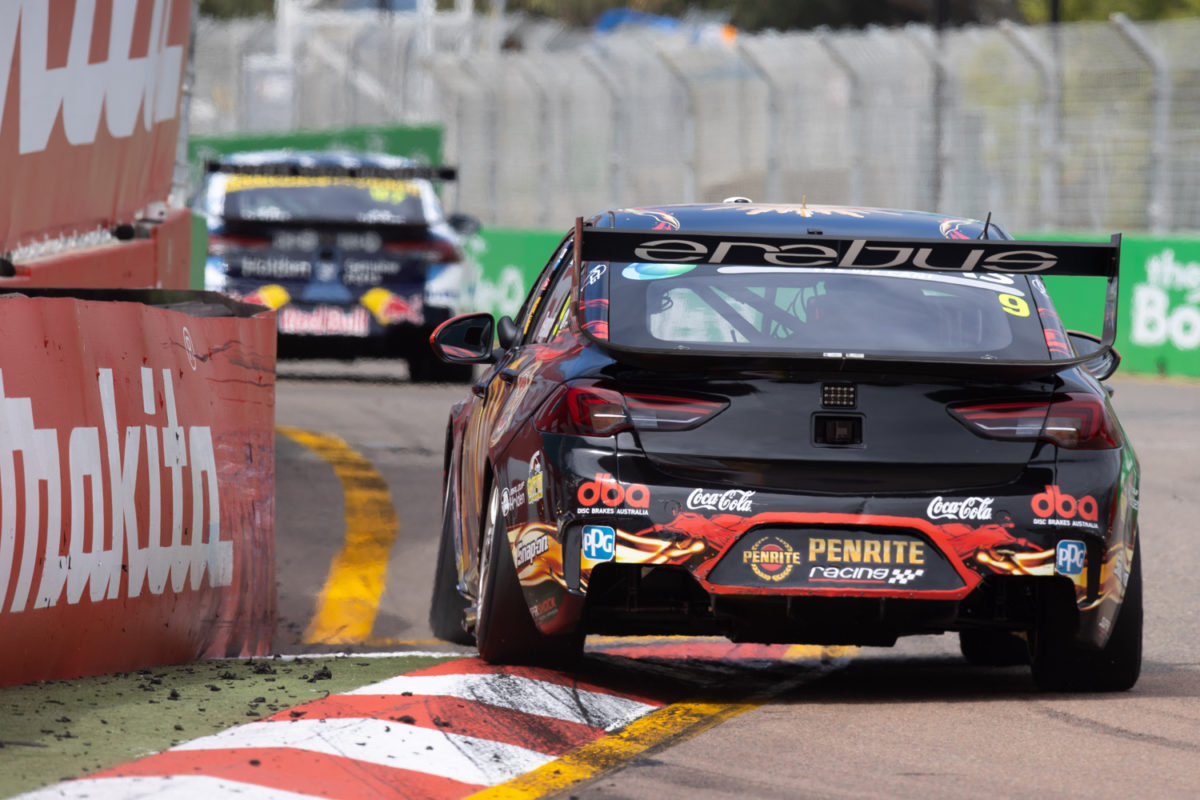 David Reynolds will start Race 24 of the Supercars Championship from two positions further back than he qualified as punishment for impeding Andre Heimgartner.

Reynolds was moving slowly off Turn 6 in Townsville when Heimgartner arrived at speed and had to slow as he approached both of the Penrite Racing Cars.

Motorsport Australia has confirmed to Speedcafe.com the penalty for Car #9, which puts it back to 21st, but none for Anton De Pasquale in the sister #99 entry which remains fourth on the grid.

Those elevated in place of Reynolds are Rick Kelly and Chris Pither.

Garry Jacobson also earned the ire of officials after he got in the way of Scott McLaughlin at the end of the latter’s only hot lap in the same session, leading to nose-to-tail contact.

He will serve his penalty at a future race given he qualified at the very back of the 24-car field anyway.