No penalty for Coulthard over alleged Safety Car breach

No penalty for Coulthard over alleged Safety Car breach 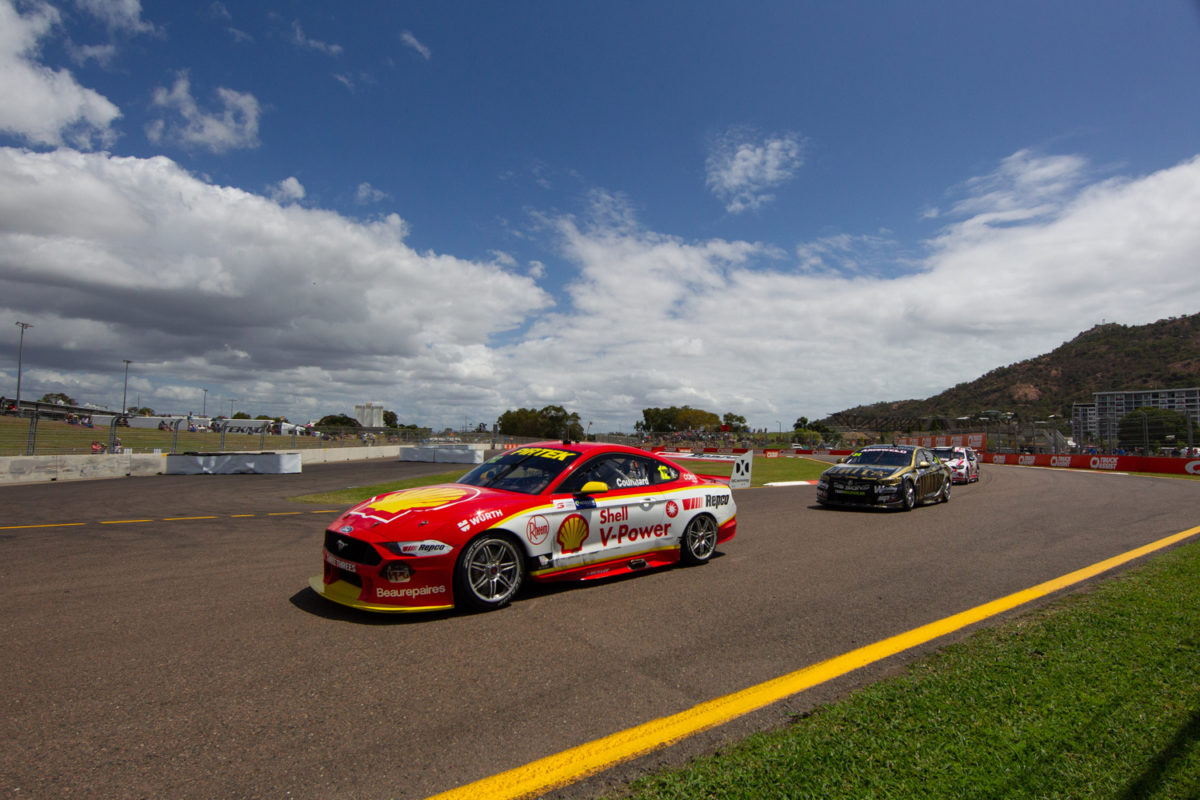 Fabian Coulthard will not be penalised after an investigation regarding a possible pass under Safety Car during Race 24 at the Robson Civil Projects Townsville SuperSprint.

The post-event stewards summary reveals that it was Tickford Racing which requested an investigation, after which the Race Director determined that it “did not warrant referral to the Stewards as there was insufficient evidence to establish a breach of the Rules”.

Tickford Racing had alleged that Coulthard passed its Jack Le Brocq-driven Supercheap Auto Mustang under the race’s only Safety Car, which was called when the leader was on Lap 25 before releasing the field for a restart on Lap 31.

The decision means that Coulthard’s finish of eighth, an improvement of six spots on where he qualified the #12 Shell V-Power Mustang, will stand.

Nick Percat had pinched a brake and ran wide at Turn 11, which saw him not only passed by Jamie Whincup but also facing a slightly awkward manoeuvre to get into the pits.

That caused Waters to check up before the hit from van Gisbergen came but the Driving Standards Advisor decided that “no driver was wholly or predominately to blame for the Incident.”

Finally on Race 24, no penalty was handed down to Team 18’s Scott Pye after Brad Jones Racing requested stewards look at alleged contact with Todd Hazelwood at Turn 11 on the final lap.

The stewards report also confirms the official verdicts issued against Garry Jacobson and David Reynolds for separate impeding incidents in Qualifying for Race 24, namely ‘Careless Driving’ in each case.

Jacobson was hit by Scott McLaughlin as the DJR Team Penske driver finished his only flyer of the session and has been handed a three-position grid penalty to be served progressively, having qualified at the very back of the 24-car field for that race anyway.

Reynolds served a two-position grid penalty in Race 24 for getting in the way of Kelly Racing’s Andre Heimgartner.

No action was taken over a nose-to-tail crunch between Reynolds and Rick Kelly in Race 23.

“During the Race, the Race Director and the DSA reviewed the Incident involving Cars 15, 25, 9 and 2 and determined the Incident did not warrant referral to the Stewards as no driver was wholly or predominately to blame for the Incident,” reported stewards.

Hazelwood was dealt a 15-second time penalty during that race having been seen spinning wheels in his pit stop.

The official verdict was a breach of Rule C15.5.2, which, in relation to the pit lane speed limiter, reads, “The Limiter must be activated at all times while a Car is moving in Pit Lane.”