McLaughlin ‘pissed off’ after costly collision with Jacobson

McLaughlin ‘pissed off’ after costly collision with Jacobson 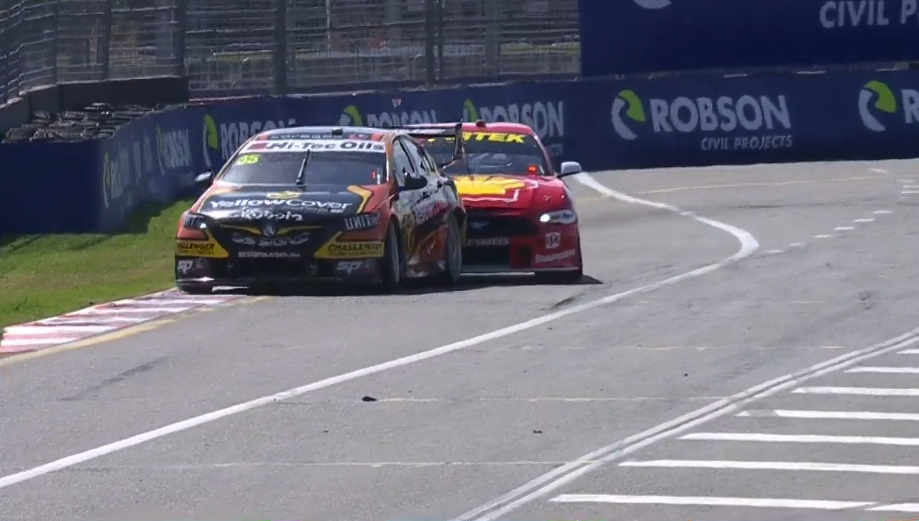 Scott McLaughlin was left frustrated after a collision with an apologetic Garry Jacobson cost the Kiwi a possible front row start in Townsville.

The incident occurred in Qualifying for Race 24 of the Robson Civil Projects Townsville SuperSprint off the back of a strong second place qualifying effort by McLaughlin for Race 23.

The championship leader was on his sole flying lap at the Reid Park Street Circuit when Jacobson made a mistake at the final corner and got in the way of the trailing car.

As a result, the Kiwi hit the back of the YellowCover Racing driver before going on to set the 10th fastest time in the session.

The Shell V-Power Racing Team driver believed he was on course for a start on either the first or second row of the grid until he was baulked by the #35 Holden ZB Commodore.

“I think it’s the difference between us being on the front two rows and that’s what I told Garry,” said an annoyed McLaughlin.

“The onus is on his team as well to tell him where we are. We haven’t had a problem all year or all weekend.

“You can only leave so much of a gap. Everyone’s in the same boat so you can’t be selfish about your gaps.

“It was just one of those things. He said sorry, he apologised, I’m still pissed off, but it is what it is and we’ll fight from 10th.”

A dejected Jacobson immediately sought to make amends with McLaughlin, apologising shortly after arriving back in the pit lane at the completion of the session.

The Matt Stone Racing driver said he wasn’t aware that McLaughlin was fast approaching until it was too late as he arrived at the final corner.

“I’m disgusted with myself, I went straight up to McLaughlin and apologised to him,” said Jacobson.

“It’s just a communication error. I thought I had more time behind me than what I did and didn’t really hear anything on the radio about a car approaching Turn 10 or 11 and without that communication of knowing when to get going.

“As soon as I saw him coming, it was too late. I’m really gutted for Scott McLaughlin. I apologised to him straight away and I’ll wear it but we’ve got to improve our communication as a team.

“Scott had every right to be upset,” added Jacobson.

“It’s on me and it’s on my engineer to make sure that we keep that communication up on the out laps and looking at tyre temperatures and all that sort of stuff.

“But in the end, all I can say is I’m sorry to Scott McLaughlin and it was my fault.”

McLaughlin was nevertheless pleased with the performance in his car, which he believed was capable of being able to move him forward.

The championship leader has one win to his name already this weekend after a dominant performance in Race 22.

“We’ll work on it and have a think about what we’re doing.

“We’ve got some tyres there so we’ll work out what we’re doing plan-wise, whether we take two, three or four to get us out of the hustle and bustle.

“It’s a great car, the car’s fast, we should be in the front two rows but we’re not and that’s how it is.”

Race 23 of the Virgin Australia Supercars Championship gets underway at 12:05 local time/AEST and will be followed by Race 24 at 14:40 local time/AEST.