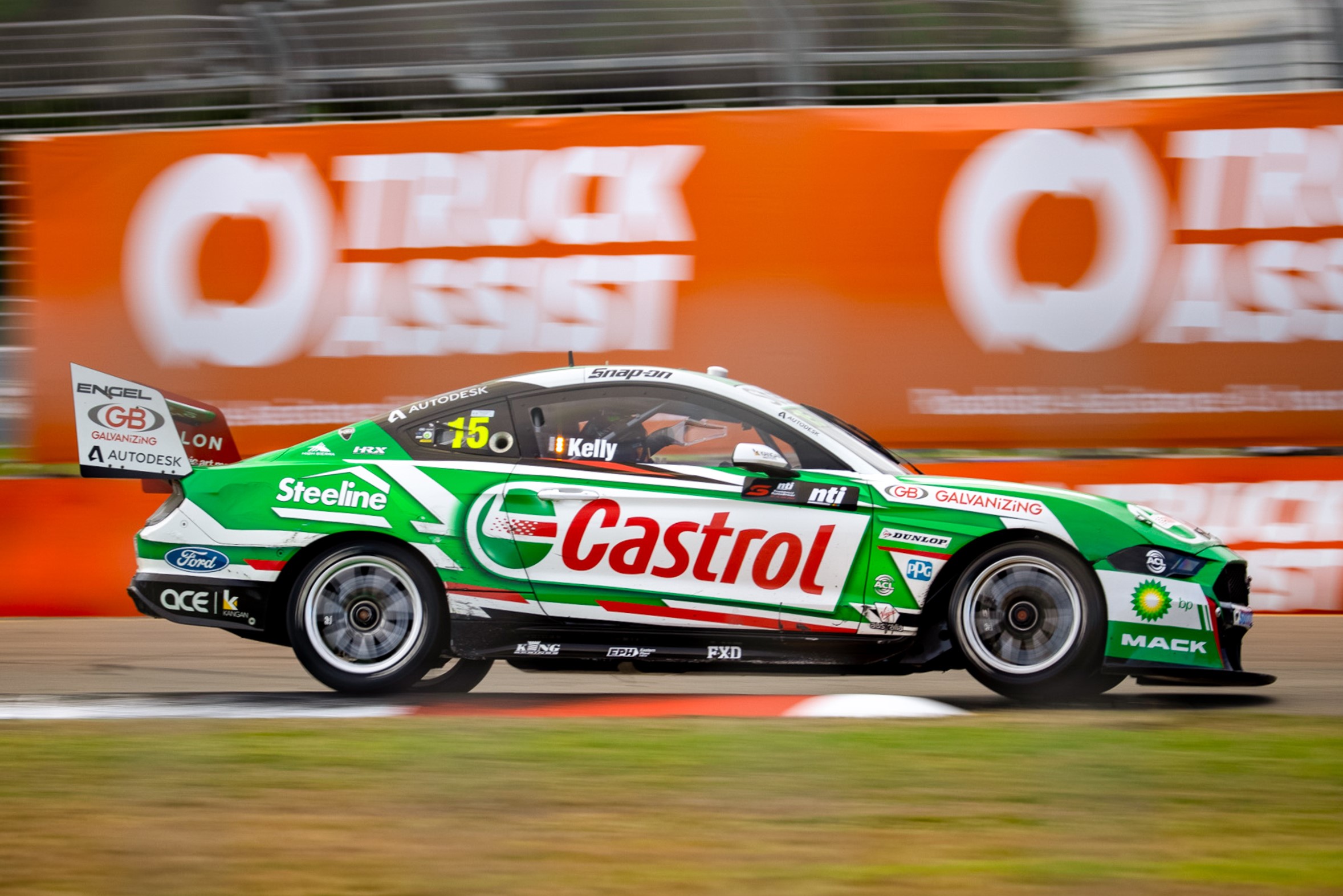 Rick Kelly has praised the efforts of his Kelly Racing crew for turning around his Ford Mustang’s set-up slump in Townsville.

Kelly said he and the team were “deflated” after they failed to progress out of the first phase of qualifying at the Robson Civil Projects Townsville SuperSprint.

Having qualified 21st, the team went about making wholesale changes to the #15 Castrol Racing car for Race 22 of the Virgin Australia Supercars Championship.

Those changes ultimately paid off as Kelly came through to claim 11th in the opening 39-lap affair of the weekend.

After a gain of 10 places in the race, Kelly said he was physically worn out as he wrestled to get to grips with the car.

“I’ve got to thank the guys for the work they did between qualifying and the race,” said Kelly.

“They had the whole thing spread out on the ground. There were parts everywhere and it was really good to watch how they went about the changes and got it done because it wasn’t an easy task putting it back (together) on the patch.

“The car was very good in the race, very different to drive. I’m quite buggered from that, trying to understand how to get the most out of it.

“It’s a raw beast as it is right now and we’ve just got to start to refine it so I can drive it a little bit better in the race and I’ve got to learn more about that as well.”

Kelly said his attention will turn to qualifying where the car has been lacking.

Both he and team-mate Andre Heimgarnter have struggled to find a balance on new and used tyres.

It has ultimately left them lost and searching for the set-up window across both qualifying and the subsequent races.

“It’s a great question and honestly, I just don’t know the answer to that,” Kelly said when asked what he needed to find in qualifying.

“That felt so much better then but I’m sure if we bolt a set of greens on that, it’s not going to behave as well as we’d like.

“We’ve got to have a look at what we changed and why it unlocked some more potential. It’s still not the fastest car but it’s a lot better.”

Kelly will be back on track with back-to-back qualifying sessions for Race 23 and Race 24 beginning at 09:40 local time/AEST.