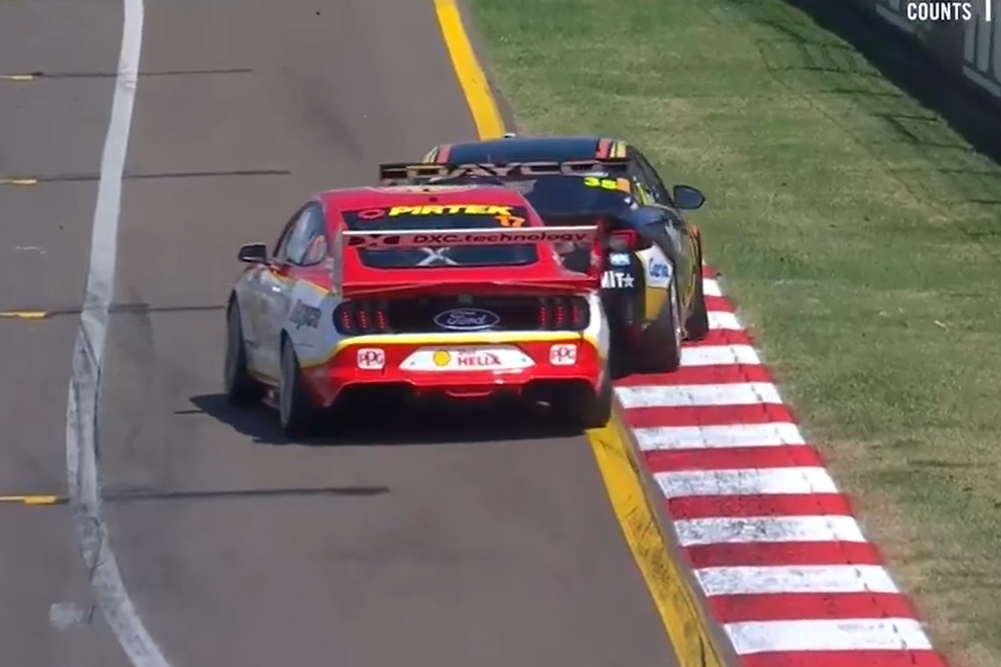 Garry Jacobson has been hit with a three-position grid penalty to be served in a future race after impeding Scott McLaughlin in Qualifying for Race 24 in Townsville.

McLaughlin shunted the #35 Matt Stone Racing entry at the end of his only flyer in the session which set the grid for the Robson Civil Projects Townsville SuperSprint finale.

With his lap compromised, the championship leader ended up 10th-fastest but believed he was good for at least a second row starting berth.

Jacobson, who was driving slowly on Boundary Street (main straight) when the #17 Mustang arrived on the scene, admitted that fault lay within his team and stewards saw it the same way.

Motorsport Australia has advised Speedcafe.com that a penalty will come, but will be served at another race given Jacobson qualified at the very rear of the grid for Race 24 anyway.

Another alleged impeding incident in the same session involving Penrite Racing team-mates David Reynolds and Anton De Pasquale and Kelly Racing’s Andre Heimgartner, the latter of whom was on a hot lap in his Ned Mustang, also went to an investigation with no outcome yet confirmed.