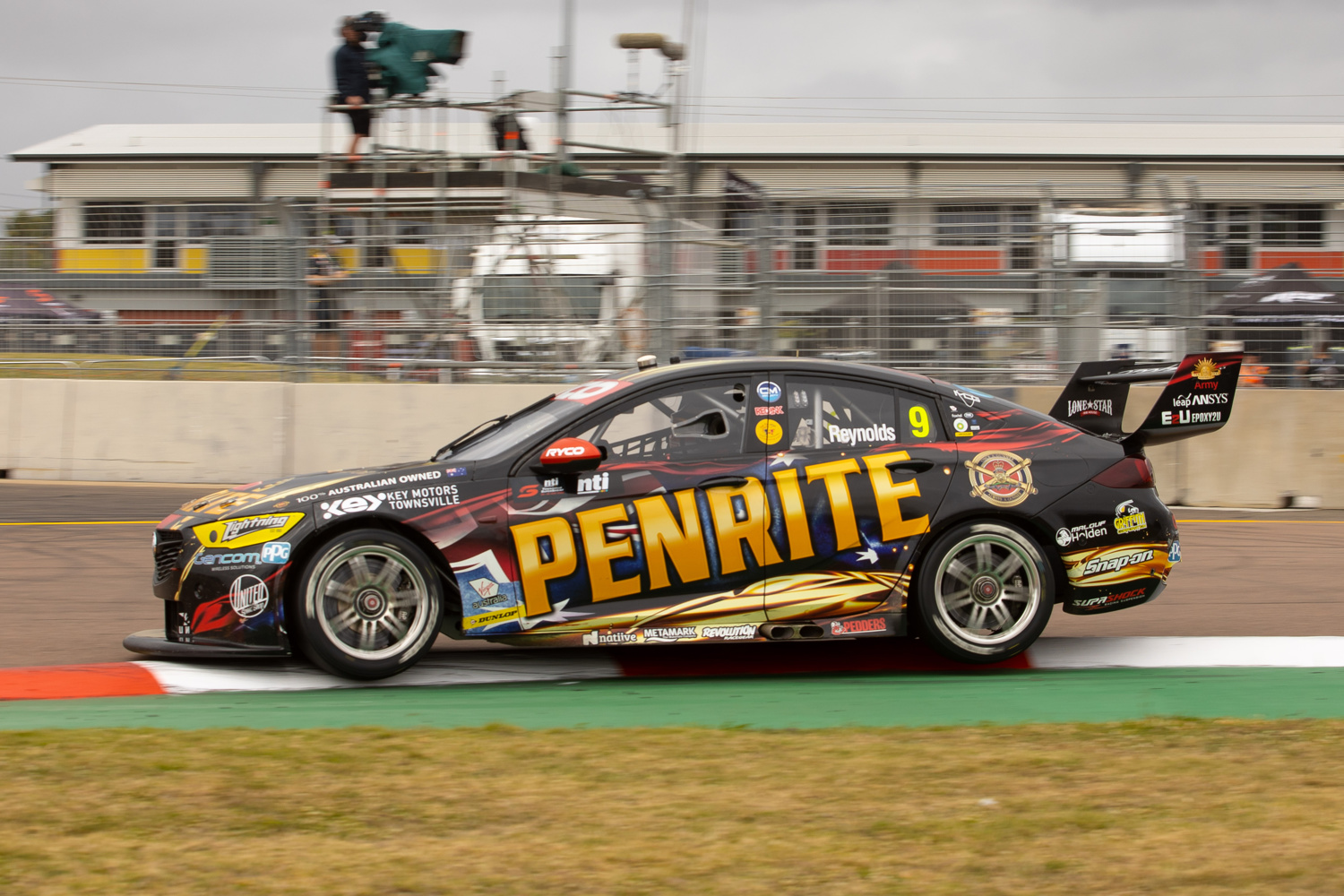 An engine misfire put Penrite Racing driver David Reynolds on the back foot early on in proceedings at the Robson Civil Projects Townsville SuperSprint.

Reynolds sat idle in his Holden ZB Commodore for the first half of Practice 1 while the team sought to resolve the engine issue.

A new coil pack was installed and Reynolds was sent on his way, eventually going on to set the 11th fastest time in the 30-minute session.

“First lap out it started misfiring, carrying on like it’s missing a spark plug lead or something like that,” said Reynolds.

“The boys put the new coil packs on and that sort of fixed it. We just wasted about 15 minutes to do that.”

The Erebus Motorsport driver said he is still searching for an optimal car set-up to strike a balance.

“I was supposed to be doing race runs then so we’re not going for ultimate lap speed,” Reynolds added.

“It’s looking alright. We ran two different set-ups and they ranged from too much understeer, too much point, not enough point, you know, it’s got everything going on.

“We just need to find the best and tailor it to what I need and make it the best over the race.”

Practice 2 at the Townsville SuperSprint gets underway at 11:20 local time/AEST.