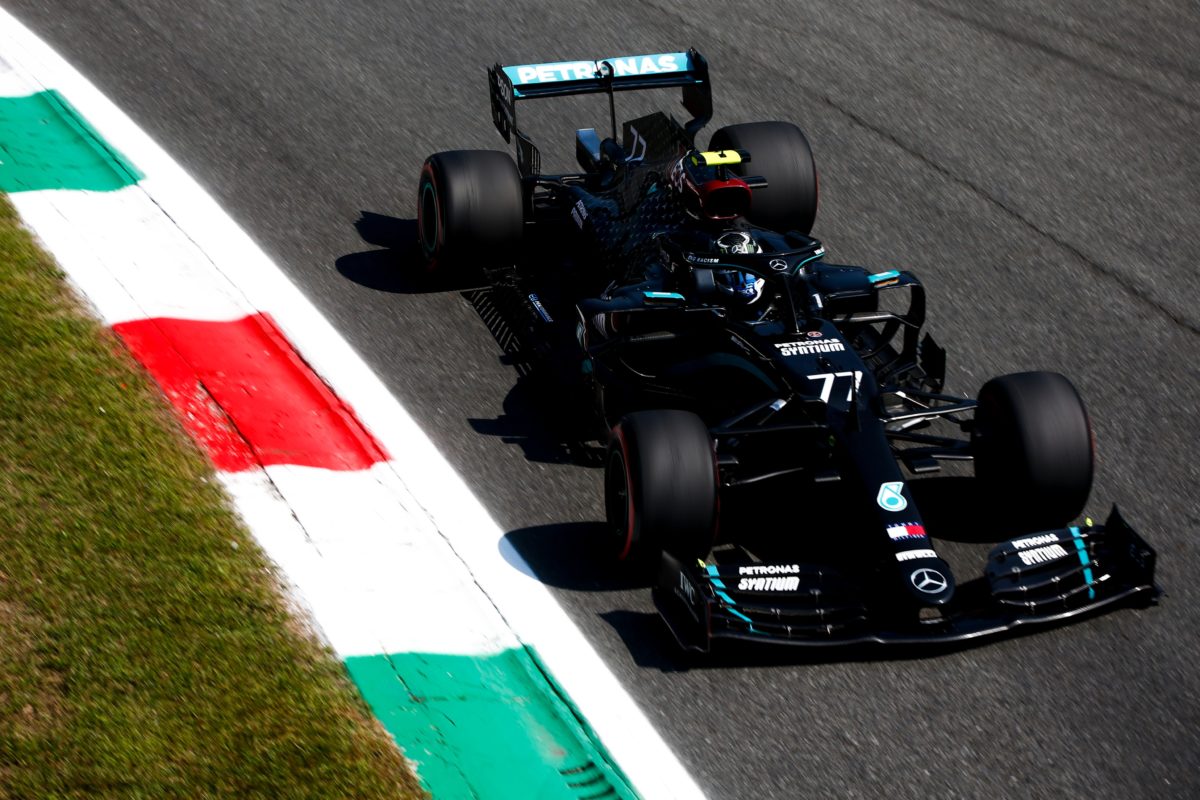 Bottas was fastest in the day’s opening session before Hamilton set the pace in the second 90-minute hit out.

In both instances they were some eight tenths clear of the chasing pack, headed by Alex Albon’s Red Bull in FP1 and Lando Norris in FP2.

Despite the improvement, Bottas’ Practice 1 best would have left him second fastest in Practice 2 – Norris capable only of a 1:21.089s.

A mistake at the Ascari Chicane saw Max Verstappen draw the red flag in FP1 before dragging his car out of the gravel and returning it to the pits, sans front wing.

The Dutchman returned to the session with 20 minutes to run, ending it with the fifth fastest time behind Daniil Kvyat in the AlphaTauri.

Both AlphaTauri drivers were again comfortably inside the top 10 in Practice 2, with Gasly fourth and Kvyat seventh.

As expected leading into the event, Ferrari struggled to extract pace from the SF1000.

Both Charles Leclerc and Sebastian Vettel had moments, the latter backing his car into the barrier at Lesmo 1 towards the end of Practice 2.

Shortly after, Leclerc found himself bouncing through the gravel on the outside of the same corner, having caught a snap of mid-corner oversteer in near identical fashion to his team-mate.

Leclerc ended proceedings with the ninth fastest time, 1.3s slower than Hamilton’s best of the day. Vettel was 0.2s further back, the German having been just 19th fastest in FP1.

The Australian could have potentially been as high as third, however had a lap time deleted when he ran wide at the exit of the Parabolica.

Esteban Ocon in the sister car was marginally faster in the later session, 1.5s off the outright pace but just 11th fastest.

Third quickest in FP2 for Norris was a solid reward for his team after the Brit found himself in the garage with a suspected power unit issue for much of the session.

His best effort came off sequence to most of his rivals, owing to missing the middle part of the session.

It marked a 0.7s improvement from earlier in the day when he finished with the eighth best time, less than half a tenth quicker than Ricciardo.

Conditions are set to remain largely the same tomorrow, sunny and clear, with some cloud cover expected for race day.

Such stable conditions will offer teams little ambient opportunity to gain a jump on the pace-setting Mercedes, though it remains to be seen what the impact of an engine mode freeze will have on qualifying.

From this weekend’s event teams must select a single engine mode to use throughout qualifying and the race, a regulation introduced on the surface to ease the FIA’s task in monitoring the complex energy systems employed by the power units.

Practice for the Italian Grand Prix continues on Saturday with a final 60 minute session at 20:00 AEST ahead of qualifying which is scheduled to begin at 23:00 AEST.