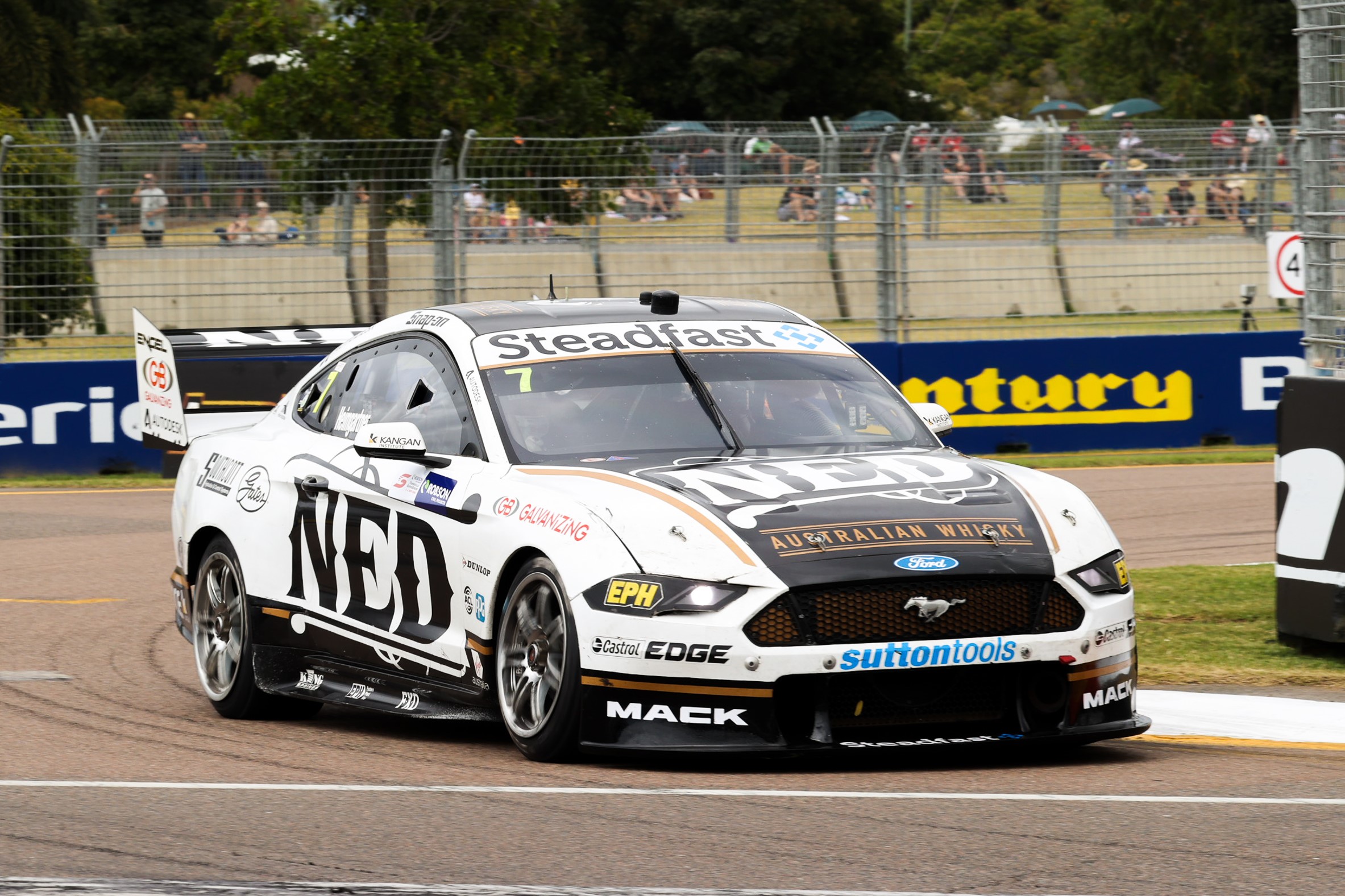 Andre Heimgartner says team owner Todd Kelly will have a “big job tonight” after the Kiwi fell foul to an intermittent engine misfire in Townsville.

Having qualified 15th for Race 22 of the Virgin Australia Supercars Championship, the Ned Racing driver was last out of the pit lane for the formation lap.

The engine gremlin snuck in before the race, which Heimgartner sought to remedy on the warm up lap that followed.

Distracted by the issue, the Kiwi didn’t get his tyres up to temperature and made a poor getaway.

By the end of the first lap, Heimgartner had fallen to 21st, climbed to 20th on the following lap as the engine came right, then fell to last as the issue returned.

Despite the issue, the 25-year-old went on to finish 15th.

“When I took off from the line, I was like ‘this doesn’t quite feel the full quid’ and of course, it was missing one or two cylinders,” said Heimgartner.

“On the out lap I was trying to clear it whatever way I could, I was resetting the car and just as I went past the pit entry it sort of cleared up so I hoped it was gone.

“But in doing that we weren’t able to warm the tyres up properly because we were distracted with that.

“Throughout the first lap it just sort of came in and out, the miss, so it was fairly frustrating, to say the least.

“It’s a very strange thing because normally a problem like a misfire doesn’t go away,” Heimgartner added.

“So Todd will have a big job tonight trying to figure out what that is and we’ll have another go tomorrow and hopefully be a bit more successful.”

It’s the first time Heimgartner has been struck by engine dramas on track this season.

Those electrical issues returned at the Darwin Triple Crown, not long after the team discovered a nearly catastrophic engine valve guide issue that required their cache of engines to be rebuilt.

Kelly was also struck by engine issues during practice at the Robson Civil Projects Townsville SuperSprint after a loose bolt resulted in a stuck throttle.

“We’ve got this new engine program and we’ve got a lot of stuff going on at the moment,” said Heimgartner.

“It’s been really reliable so far and it’s really the first problem I’ve had with it, from that point of view, so I think it’s not too bad.

“Rick had a great run in that race so we at least have something as a team to go forward with.”

The team will look to overcome its engine issues tonight with back-to-back qualifying sessions on Sunday morning to set the grid for Race 23 and Race 24.