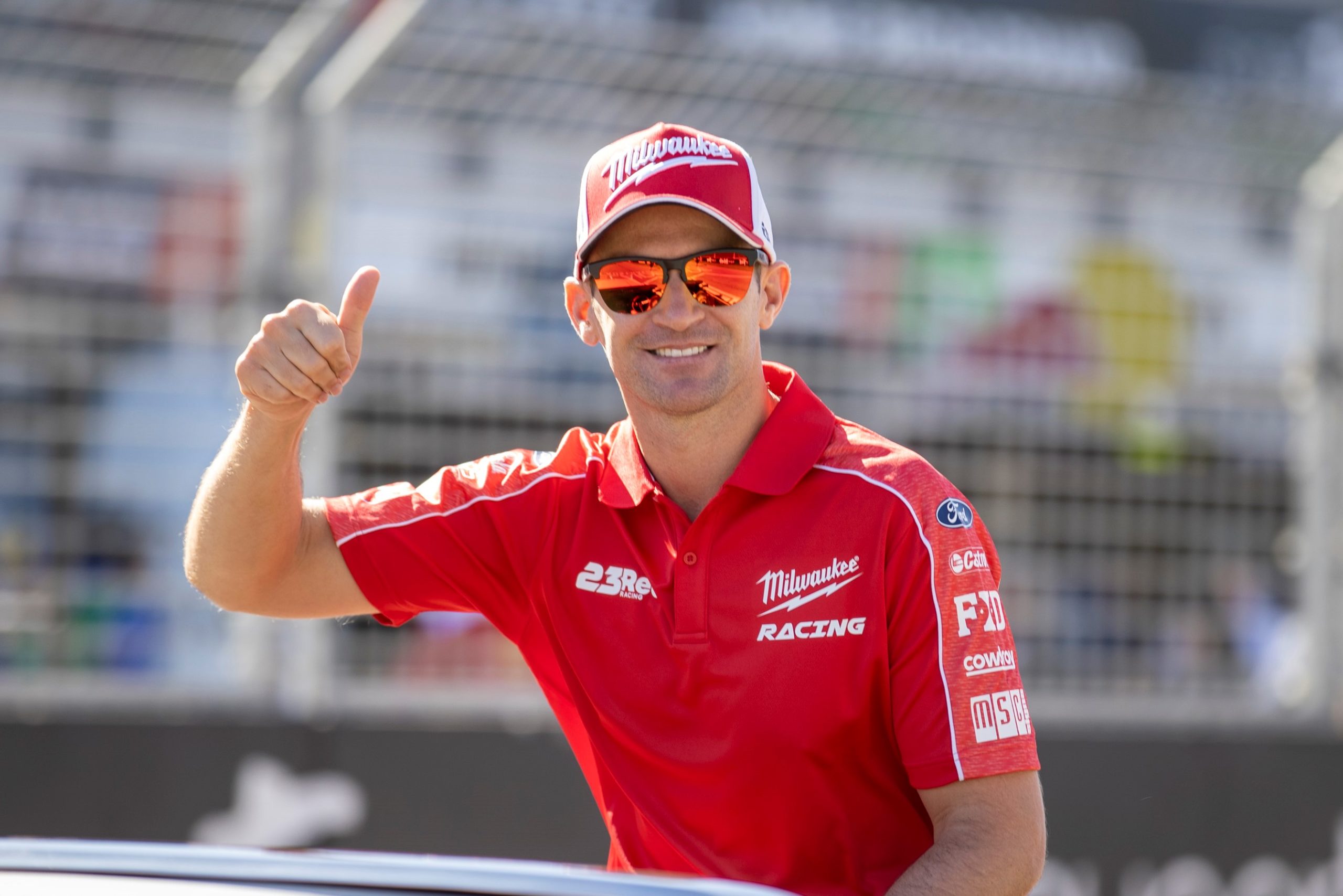 Will Davison says he is “quite confident” he’ll be back in the Virgin Australia Supercars Championship full-time in 2021.

Davison was unceremoniously left out of a drive early on in the 2020 season after 23Red Racing withdrew from the championship following the departure of sponsor Milwaukee.

The 38-year-old has been on the sidelines ever since, but has maintained an involvement in the category through a new commentary role with Channel 10.

This week it was announced Davison would return to the Supercars grid with a one-off appearance in the season-ending Supercheap Auto Bathurst 1000.

Despite having several offers on the table, Davison decided to return to the Tickford Racing stable to co-drive with Cameron Waters in the #6 Monster Energy Racing Ford Mustang.

Davison described the deal as a “stop-gap” between now and his 2021 plans, which he is hopeful will come to fruition soon.

“As to what way it’s going to go, I don’t know yet. As I said, I’m working hard on it. There’s quite a few scenarios still up in the air and quite a few potential options for me.

“It is quite exciting and I’m really quite confident I’m going to be out there. It’s just in what scenario at the moment.

“One way or another, I’m actually quite confident I’m going to be on the grid but I’m still just working through it. The sooner I have it locked away, the better.”

Asked as to how many options he had on the table, Davison said, “I couldn’t put a number on it, there are probably three or four different scenarios.”

Davison said he is still in regular contact with Phil Munday, who owns the Racing Entitlements Contract that is currently being leased by Boost Mobile owner Peter Adderton.

Munday owns two Supercars, one of which is currently racing with James Courtney at the wheel, while the other remains dormant.

Adderton has previously signalled his interest in purchasing a Racing Entitlements Contract and potentially expand his team.

Davison said he wasn’t sure what Munday was going to do beyond 2020.

“I don’t know exactly what his plans are at this stage, who knows?” said Davison.

“He certainly still owns his REC and a couple of his cars. I’m not sure what his plans are there in terms of what’s going to go down there. There’s a fair bit going on.”

Davison described the sport as being in an intriguing phase and said interest in his involvement in the championship long-term is growing.

“It’s been a tough year but I see a lot of positivity around the category at the moment and everyone is sticking together.

“I see quite a few people wanting to be involved in the sport moving forward. I want to be back out there but I also want to see the sport thrive and drive forwards.

“I feel positive about where the sport is going. I think I’ll be a part of it for a few more years yet. We’ll see. It’s an interesting time and I look forward to it all playing out soon.”

Davison will race in this year’s Supercheap Auto Bathurst 1000, which will take place on October 15-18.