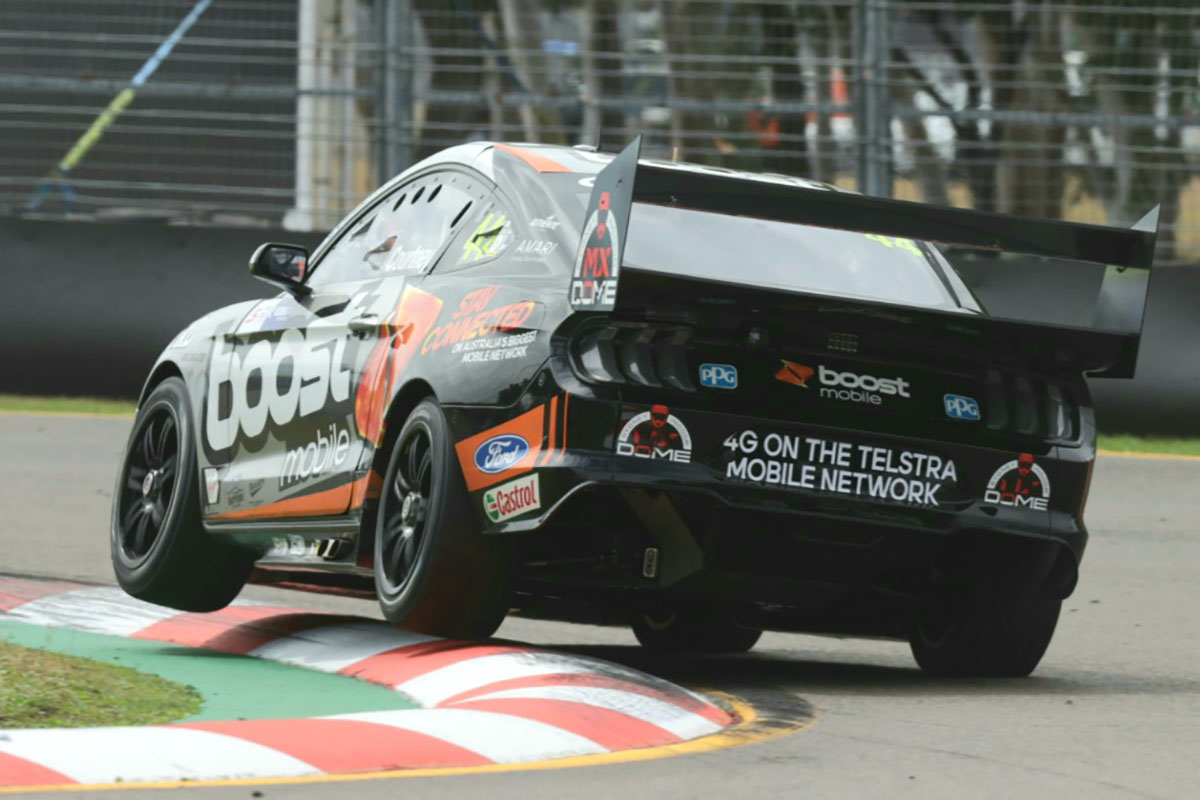 The Tickford Racing driver was one of the last to complete the half-hour session, recording a 1:12.6292s in the #44 Boost Mobile Mustang.

In doing so, he not only knocked the #97 Red Bull Holden Racing Team entry out of first position, but also saw that the top four would be covered by less than a tenth of a second.

McLaughlin was almost two tenths clear of the field after most had set their initial lap times before van Gisbergen set a 1:12.9463s on his second flyer.

The latter went fastest to the second sector on his next lap, swiped the left-hand mirror fascia off the #97 ZB Commodore on exit of Turn 10, and ultimately clocked a 1:12.9909s.

Chaz Mostert (#25 Mobil 1 Appliances Online ZB Commodore) then jumped to the top with a 1:12.7840s, his first representative time after roading tyres at the start of the session.

The top three remained the same until many but reportedly not all drivers took green tyres for their final runs.

Van Gisbergen understeered over the edge of the race track and got loose at Turn 6, for a second time, on the lap before the 1:12.6860s which looked like it might be best for the session.

Pye, similarly, was briefly third before Courtney broke the beam right near the end.

David Reynolds effectively missed half a session due to engine misfire in the #9 Penrite ZB Commodore before setting a 1:13.0265s that left him 11th all told.