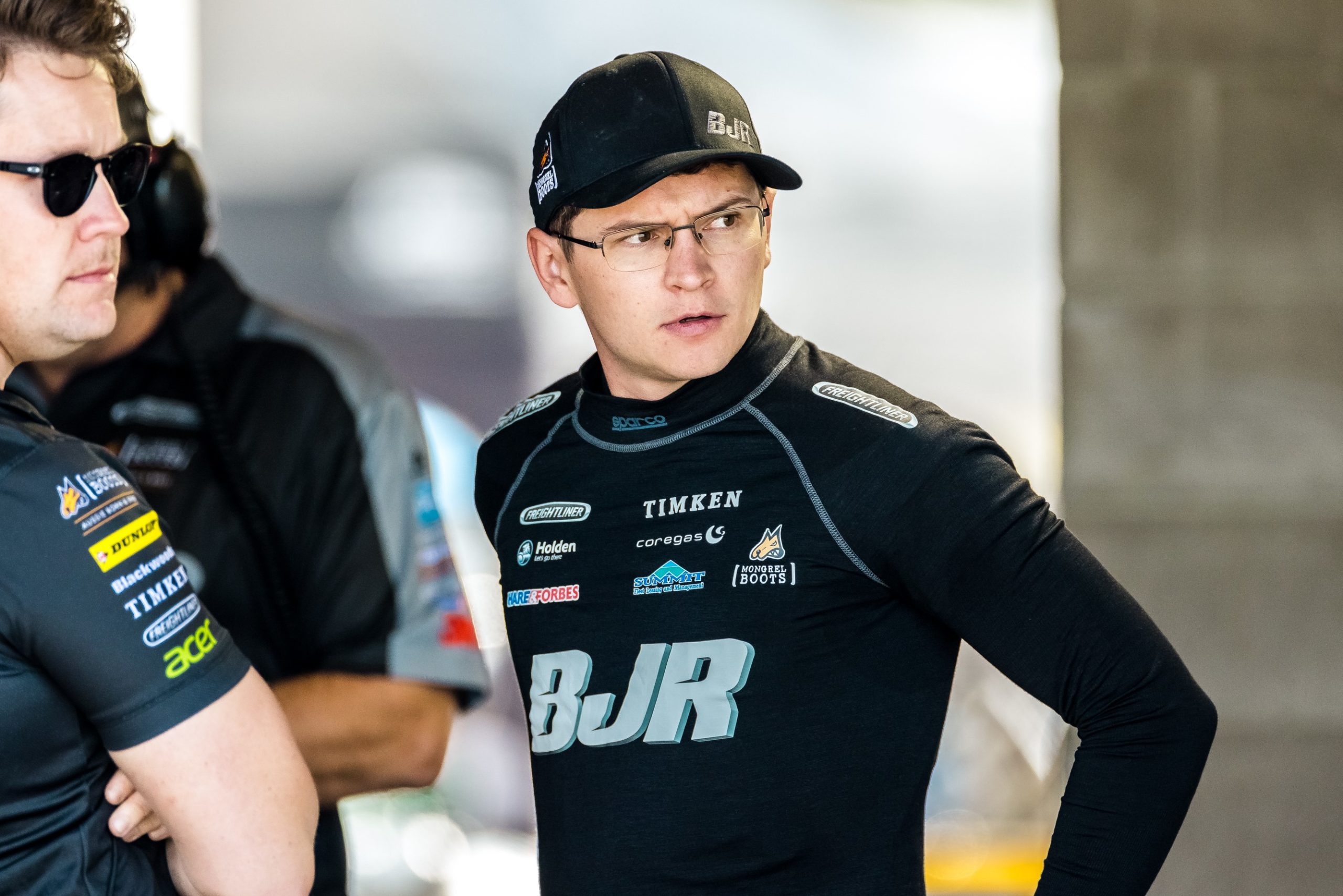 Todd Hazelwood believes he could have been a top five contender if not for a clutch failure at the start of Race 22 in Townsville.

The Blackduck SeatCovers Racing driver suspected he had a clutch issue on the warm up lap, which materialised in a failure at the start of the 39-lap affair.

Starting from sixth on the grid, Hazelwood stalled on the line – fortunate not to be collected by those behind him – and fell to the rear of the field.

The 24-year-old was 24th at the end of the first lap but ultimately recovered to finish 12th in the opening race of the Robson Civil Projects Townsville SuperSprint.

“It’s pretty disappointing for the whole team,” Hazelwood lamented after the race.

“I knew I was in a bit of trouble. It was fully not disengaging as I was coming up to the grid so I was essentially trying to do a start in neutral.

“I tried to pull first (gear) with no clutch and was a sitting duck.”

Hazelwood was buoyed by the speed of the #14 Holden ZB Commodore nevertheless.

However, he was disappointed not to capitalise on that speed after qualifying as the leading Brad Jones Racing entry in sixth.

“It wasn’t very nice but we had a really fast race car,” said Hazelwood.

“It’s disappointing that we weren’t able to capitalise starting where we were because I think we could have raced thereabouts and hopefully moved forward.

“We had the dramas in the pit stop trying to launch it out of the pit box with no clutch, so we had our battles, but we salvaged something.”

It continues a string of bad Saturdays for Hazelwood, who last time out was involved in a Lap 1 incident that forced him to retire.

Prior to that, Hazelwood was caught out in an incident on Lap 1 in Darwin that also claimed team-mate Nick Percat.

“I’m looking forward to Bathurst because we don’t race on Saturday,” Hazelwood joked.

“I’m just looking forward to racing on Sundays now because the last three Saturdays have been disastrous for us.

“I’m looking forward to putting that aside. We’ve got a fast race car so bring on tomorrow. We’ve got good tyres so fingers crossed we can have a good day.”

The Virgin Australia Supercars Championship field is back on track tomorrow from 09:40 local time/AEST for a pair of 10-minute qualifying sessions ahead of Race 23 and Race 24.