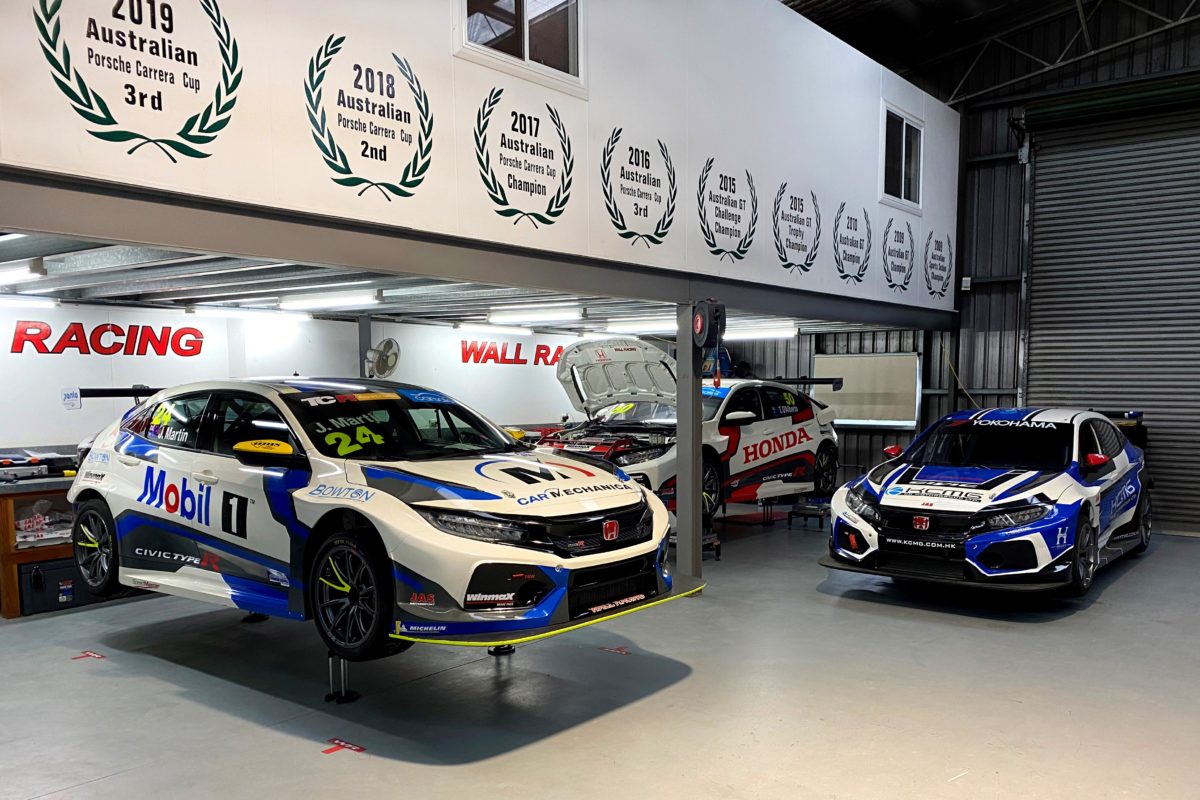 Wall Racing is hopeful of fielding four Hondas in TCR Australia this year despite the likely absence of foreign owner-driver Paul Ip.

As well as being the founder of the globe-trotting KCMG squad which competes in multiple categories and series including World Endurance Championship, Ip owns two of the Civic Type R TCR cars which are based in Wall’s Sydney workshop.

He had planned to drive one himself in this year’s TCR Australia series but, being based in Canada, is now set to miss out due to border closures.

Nevertheless, there is a desire from both parties to run both of those cars in 2020 alongside those which will be raced by Tony D’Alberto and John Martin.

“We have four cars here in the workshop,” noted team owner David Wall.

“Paul’s cars are here, but they are being put on the table for us to put deals together to see if we can run them in particular events until he can come here and drive one of them himself.

“We’ve definitely got our two cars for Tony and John ready to go, and if the right offer and the right driver is on the table to drive one of the other cars, then we’d entertain that idea, for sure.

“It’s a long-term project for Paul to come and do a season or two here, so hopefully when it all kicks off, Paul can drive his car and we can go from there.”

While there has been no official TCR action since the Asia-Pacific Cup round was abandoned along with the Formula 1 Australian Grand Prix which it supported, Wall Racing has used the downtime to upgrade its cars.

“There’s been a couple of stages of items that the boys have been ticking off since the test day at Winton,” added Wall.

“There’s been some preparation things that we wanted to get done. There’s been the mandatory upgrades, dictated from (Honda’s homologation team) JAS Motorsport and WSC (global TCR owners) and then there’s been the wish list that the boys wanted to upgrade when time permitted.

“When it became apparent that we were going to have some time on our hands, they’ve been going over them and getting things in place.

“We did a test at Wakefield Park, which was the first step of the improvements, and then we look at what we liked and didn’t like, and now we hope to further them a little more before the first round.”

TCR Australia’s season-opener has now been postponed three times, initially due to restrictions on mass gatherings and more recently due to border restrictions.

As yet, there has been no confirmation of a new start date, amid ongoing difficulties in moving between states/territories.