End of an era as Williams family leaves F1

End of an era as Williams family leaves F1 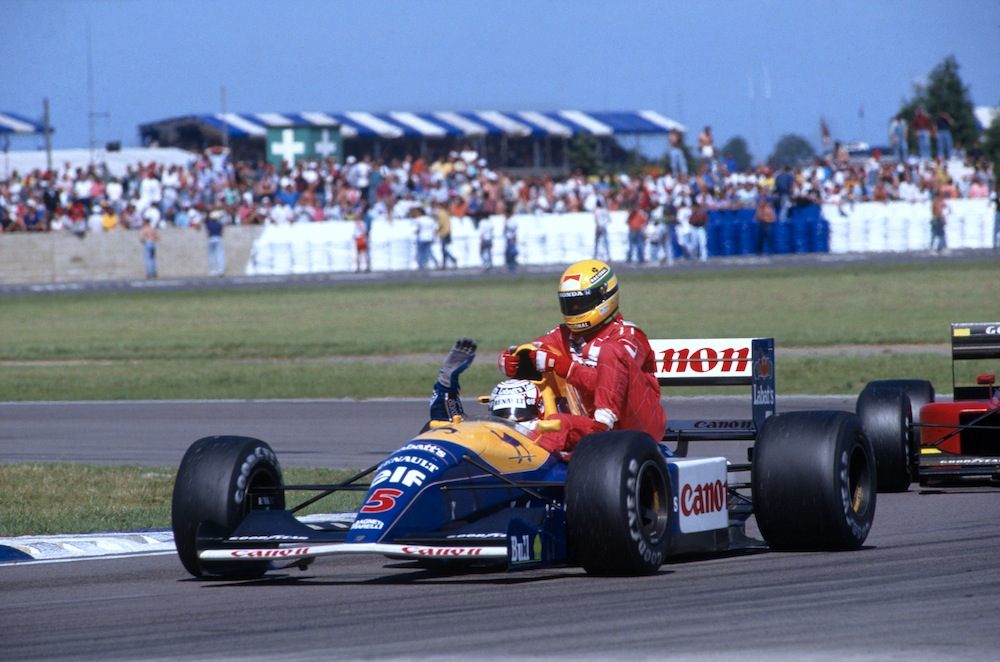 The Williams family is set to leave F1

This weekend’s Formula 1 Italian Grand Prix marks the end of an era as the Williams family prepares to step away from the sport.

Following the sale of the team to Dorilton Capital, the Williams family has announced it will leave the sport at the conclusion of this weekend’s event.

It will bring the curtain down on more than five decades of involvement with F1.

In two separate statements issued by the team it was first announced that Claire Williams would step down from her role as Deputy Team Principal, before a second announcing the wider family’s departure.

“It is with a heavy heart that I am stepping away from my role with the team,” Claire Williams, daughter of team founder Sir Frank Williams, said.

“I had hoped to continue my tenure long into the future and to preserve the Williams family’s legacy into the next generation.

“I have taken the decision to step away from the team in order to allow Dorilton a fresh start as the new owners,” she added.

“It has not been an easy decision but it’s one I believe to be right for all involved.”

A second announcement confirmed that the Williams family as a whole would depart the sport.

“With the future of the team now secured, this feels like the appropriate time for us to step away from the sport,” Claire Williams said.

“As a family, we have always prioritised Williams.

“We have demonstrated that by our recent actions with the Strategic Review process and we believe now is the right time to hand over the reins and give the new owners the opportunity to take the team into the future.

“On behalf of Frank and the Williams family, I would like to say how incredibly grateful and humbled we are for the support we have enjoyed over the years, from our friends in the paddock to the many fans around the world.”

Matthew Savage, Chairman of Dorilton Capital and Williams Grand Prix Engineering, added: “We fully respect the very tough decision of Claire and the Williams family to step away from the team and the business after securing new resources for its future.

“Claire’s achievement in sustaining Williams Racing’s heritage, relevance and commitment to innovation in a difficult environment since taking charge in 2013 has been nothing short of monumental.

“She has also been hugely instrumental in shaping a more level technical and financial playing field for F1, which will help to ensure the team’s return to the front of the grid in seasons to come.

“We are proud to carry the Williams name into the next exciting phase for the sport and we thank Sir Frank, Claire and the Williams family for the opportunity to be part of this great British brand.”

In the 1970s he ran under a number of banners before selling the operation to Walter Wolff.

Together with Patrick Head, Frank Williams then set up Williams Grand Prix Engineering in 1977, the squad which continues to this day.

Clay Regazzoni claimed the team’s first race win at the 1979 British Grand Prix before Australian Alan Jones won the 1980 championship for the operation.

It was the first in a string of successes that included the 1982 title for Keke Rosberg, and 1987 crown for Nelson Piquet.

The team remained competitive through the 2000s but has never recaptured the form that took it to title glory in the 1980s and 1990s.

Claire Williams became involved with the team as a Communications Officer in 2002, gradually rising through the business to become Deputy Team Principal in 2013.

Savage, Darren Fultz and James Matthews will make up the company’s new Board of Directors following Dorilton Capital’s acquisition of the team.

The Italian Grand Prix gets underway this evening with first practice set to commence at 19:00 AEST.