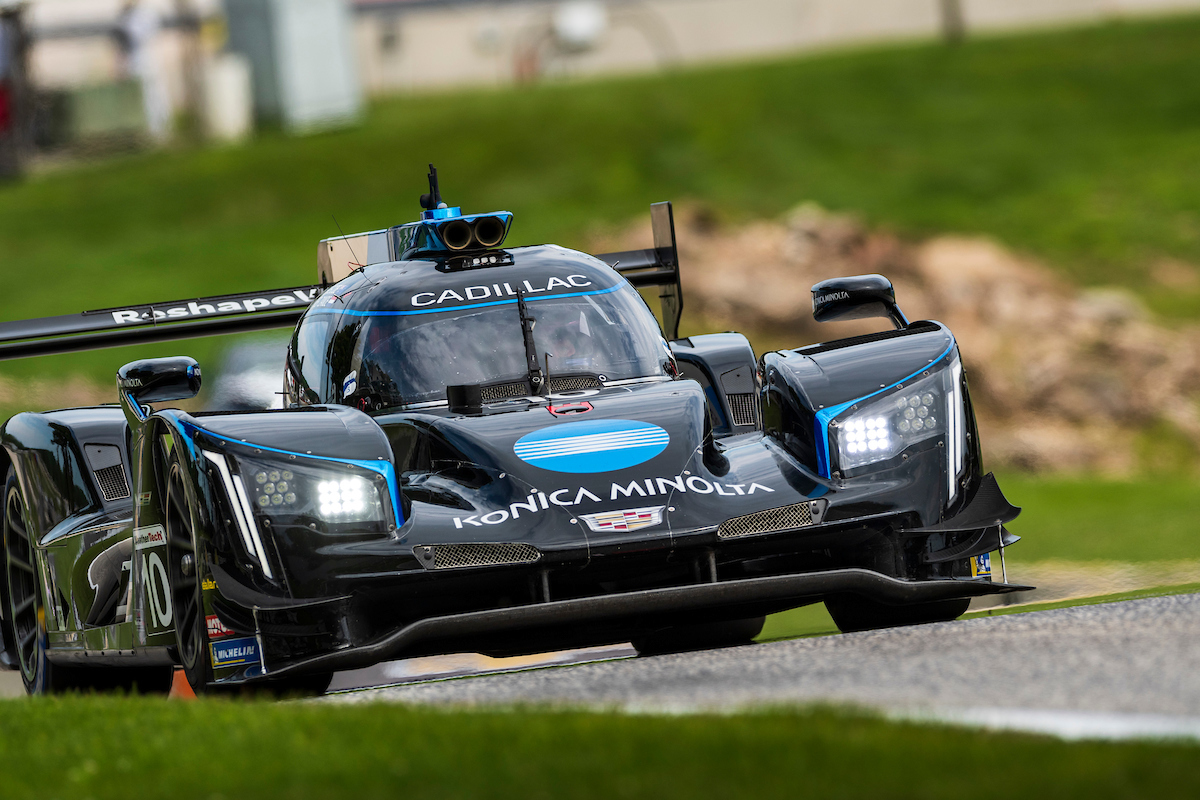 Ryan Briscoe is excited to be back behind the wheel after an extended hiatus as a result of coronavirus.

The Australian is currently campaigning for Wayne Taylor Racing in the IMSA Sportscar Championship.

That competition this weekend heads to Road Atlanta as part of the Michelin Endurance Challenge.

Briscoe and his co-driver, Renger van der Zande, currently top the series which begun with victory at the 24 Hours of Daytona in January.

The season was then placed on hold until July when competition recommenced.

“It’s been a really fun year, outside of the obvious,” Briscoe told Speedcafe.com.

“It’s just been awesome back in the prototypes and obviously starting the year off with the win in Daytona.”

Briscoe and van der Zande were joined that weekend by Scott Dixon and Kamui Kobayashi, the quartet driving the Cadillac DPi-VR to victory by just over a minute.

“Starting the year off with the win there was just phenomenal,” he said.

“There were no weak points, which is huge in an endurance race where you have to run so many consecutive hours in the car at a time.

“I think, it didn’t matter who, which one of the four of us was in the car, we were able to run fast lap times consistently, and Wayne spends a lot of time making sure he makes the right driver choices.

“I think we were all learning from each other throughout testing along the way and pushing each other, but everyone was super chill, getting along well, and agreeing on setups.

“It made the whole situation ideal for us as drivers and the engineering as well.”

Briscoe raced with Chip Ganassi Racing throughout the life of the Ford GT, but that project came to an end last season.

“It’s taken a little getting used to,” he admitted.

“I had a pretty good stint there in the GT’s, but it’s been exciting to get back in prototype. It reminds me a little bit of the RS Spyder back in 2007, 2008, when I was driving that.

“I have raced with Wayne Taylor Racing in the past, in endurance races, and I’m very familiar with all the people on the team,” he continued

“Working with Renger is new, and I know Kamui from the Toyota days, and obviously with Dixon there, he’s kind of like a brother now, and we’ve been teammates in long races, and in IndyCar for a long, long time.

“It didn’t feel like going to a new team. Let’s put it that way. So we hit the ground running there.”

Road Atlanta marks the halfway point of he IMSA Sportscar Championship season, Briscoe and van der Zande holding a six point advantage over Joao Barbosa and Sebastien Bourdais at the top of the standings.

From Road Atlanta the championship moves to Mid-Ohio later in the month before a race a Charlotte Motor Speedway in early October.

The run home consists of Petit Le Mans later that month, a visit to Laguna Seca on November 1, and the 12 Hours of Sebring on November 11-14.