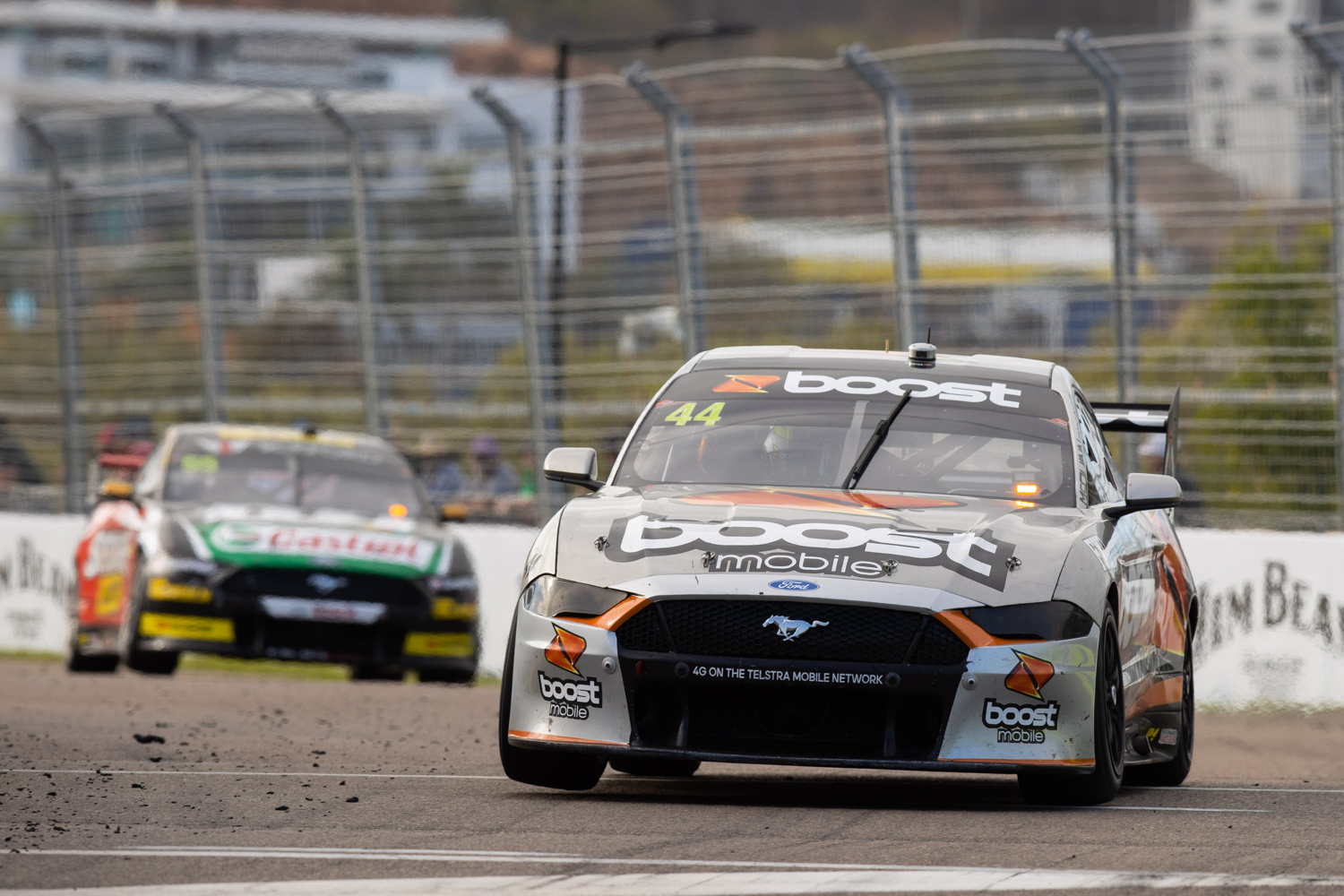 Boost Mobile owner Peter Adderton says he will put up a $5000 prize to incentivise “hard but fair racing” in Supercars at Townsville this weekend.

The prize is independent of Supercars and will be offered by Adderton to a driver after the Robson Civil Projects Townsville SuperSprint, which takes place on September 5-6.

Between himself, 2014 Supercheap Auto Bathurst 1000 winner Paul Morris, and 2005 Virgin Australia Supercars Championship winner Russell Ingall, the trio will decide who they believe is the ‘hardest racer’ of the weekend.

Speaking with Speedcafe.com, Adderton said he was left bemused after the first Townsville SuperSprint and decided he wanted to give drivers something to fight for.

“I rang Paul Morris and I said to him, ‘The problem you have with Supercars is that the drivers don’t get prize money,’” said Adderton.

“There’s no reason to win other than to get some points and to get some accolades. So I said to him, ‘Let’s do a hard racer award. Let’s go out there and the three of us will choose a (driver) and we’ll give prize money who we consider on Monday morning to be the hardest racer.’

“We’ll give them incentives and stimulate them to get back in and start racing. Because right now there’s no incentive for them to do it. I just said, ‘We have to do something because it’s become boring’.

“Myself, The Enforcer (Ingall), and The Dude (Morris) will sit down at the end of the weekend and decide who was the hardest racer and we’ll award them a cheque.

“A lot of these guys aren’t getting paid a lot of money right now because of where COVID is. Other than probably four or five drivers, most of them are probably not getting anywhere near the amount of money they used to get.

“So we’re going to put our money where our mouth is. If someone is a hard racer and plays fair but hard, then we’ll decide who that was and we’ll send them a cheque on Tuesday morning.

“It’s the entertainment factor. It’s basically who races the hardest, who puts everything on the line to make sure they get their car across the finish line ahead.”

The outspoken team sponsor said he doesn’t want the award to be misinterpreted and see drivers take each other out.

Adderton, Ingall, and Morris will judge the field across the three-race weekend, which will see 39-lap races contested.

“We don’t want anyone doing anything stupid, that’s not what we want,” said Adderton.

“We don’t want anyone ruining anyone else’s race, but bumping and grinding and tapping and making it harder for guys to pass and racing hard, we respect that as Supercars fans.