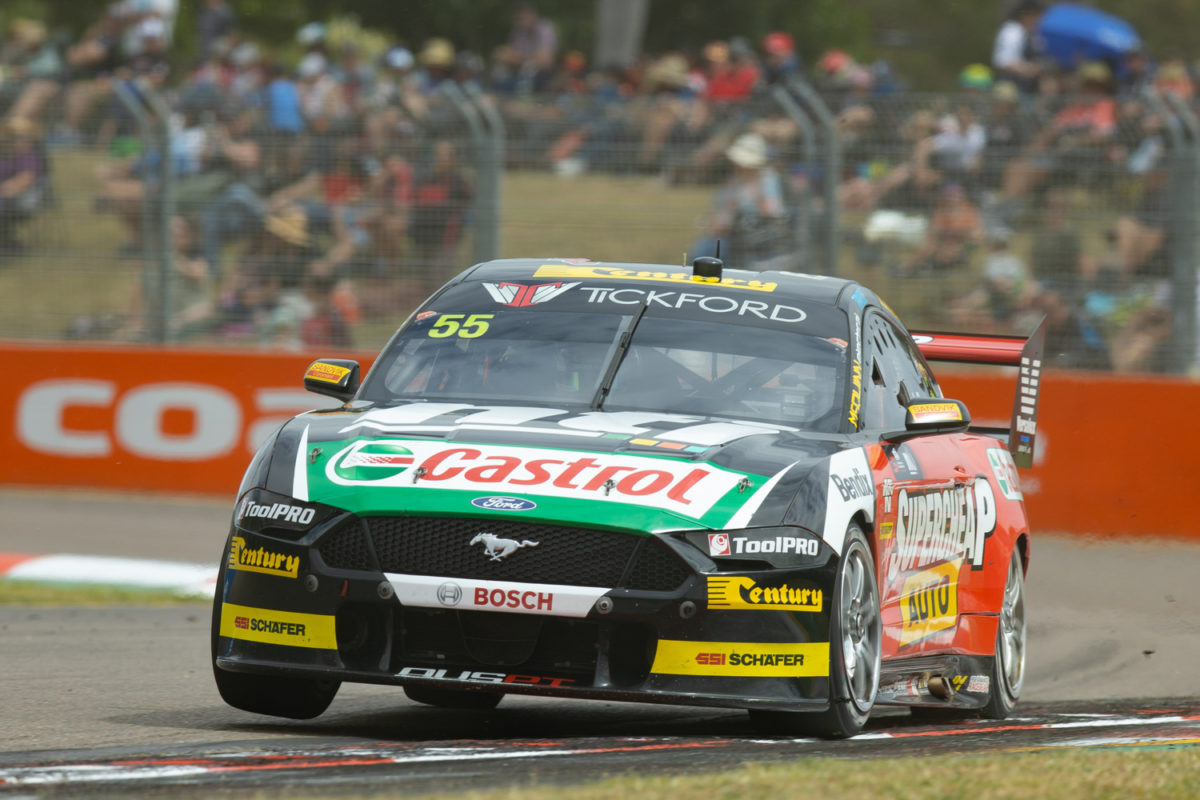 Supercheap Auto Managing Director Benjamin Ward says that he and his team are still considering their position in Australian motorsport after losing the naming rights sponsorship of the Bathurst 1000 to competitor, Repco.

Ward admitted that the decision by Supercars to end their relationship for seemingly “money alone” was a bitter pill to swallow, but that the decision has been accepted and that his organisation is looking at “what’s next”.

In the meantime, SCA is determined to create a “send-off to remember” at this year’s Supercheap Auto Bathurst 1000 which will now be held from October 15-18.

It is believed that Repco will be announced as a multi-year replacement for Virgin Australia as the naming rights sponsor of the championship from 2021 as soon as next Thursday.

Supercheap Auto first came into Supercars 23 years as a team sponsor and Ward suggests that his company has invested more than $80 million into the sport.

“We had every intention to extend our contract for a further term” Ward told Speedcafe.com.

“We more than doubled our monetary commitment, but Supercars chose to offer the contract to a foreign competitor, seemingly for money alone.

“We’re disappointed, but there are other opportunities out there.

“COVID will no doubt impact the 16th Supercheap Auto Bathurst 1000, but we’ll make sure we say farewell to the fans with a fond finale and a legacy to remember us by.”

As expected, Ward and his SCA team have been inundated with sponsorship and partnership proposals since the Bathurst 1000 announcement.

“I’ve had a number of high profile sporting groups and teams that have already approached us, but we will take our time and find what is the right fit for our brand,” Ward told Speedcafe.com.

“When we do these sponsorships, we do them properly, and as per the Bathurst 1000 and our work with Supercars.

“We always put twice as much in on activating the event for the fans and for the sport that we support, as much as we pay in the sponsorship fees.

“So when we do something, we do it properly and we activate it for the betterment of the fans and the sport.”

While Supercars’ decision on the naming rights for the Bathurst 1000 has left a sour taste in the mouth of SCA, Ward had hinted that the company will remain in the sport at some level.

Supercheap is currently the naming rights sponsor of the #55 Ford Mustang prepared by Tickford Racing and driven by Jack Le Brocq.

The car will be driven by Le Brocq and James Moffat in this year’s Great Race.

“Supercars is part of the DNA of our organisation, and this (giving up Bathurst) is a step back for that,” said Ward.

“We still have a fantastic relationship with the Tickford team and they are an incredible partner to us.

“We need to digest this outcome from the loss of the Supercheap Auto Bathurst 1000 and determine what we do, but I hope it isn’t the end of our relationship with Supercars generally.”

Ward sat down for a one-on-one Cafe Chat with Speedcafe.com this week.