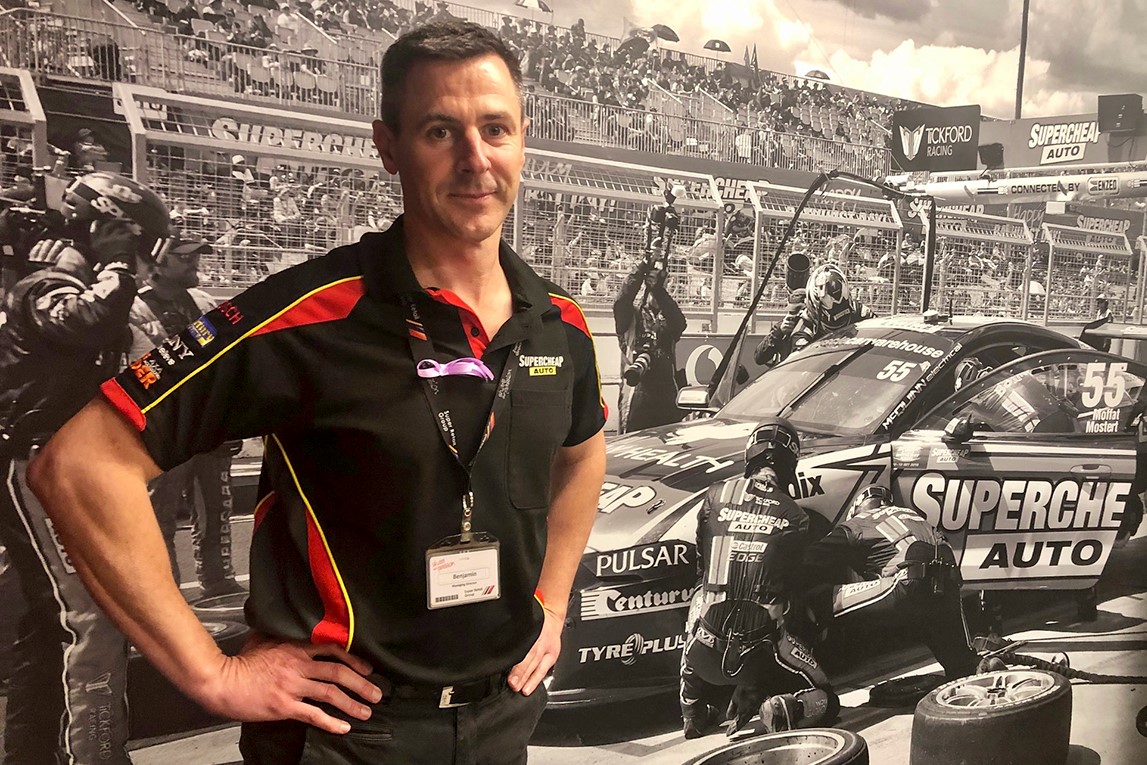 It has been two weeks since the bombshell story broke that Supercheap Auto had lost the naming rights sponsorship of the iconic Bathurst 1000 after a 16-year association and that it would be sponsored by competitor, Repco, from 2021.

SCA Managing Director Benjamin Ward sat down with Speedcafe.com to chat about that controversial development and to discuss business and what the future looks like.

Speedcafe.com: Firstly, I guess the elephant in the room is the loss of the naming rights sponsorship of the Bathurst 1000 and the fact that it’s gone to a competitor. A couple of weeks later, how are you feeling about that?

Benjamin Ward: Yeah, look, Supercheap Auto is honoured to be the longest-serving naming rights sponsor to the Bathurst 1000 race. 2020 is our 16th year. We’ve invested over $80 million in the sport in our 23-year association. We’ve walked away (from the sponsorship). We’ve walked away because we weren’t in the habit of overpaying for assets without a flow-on price impact to our customer. We’re disappointed, but there are other opportunities out there.

Speedcafe.com: Your whole company embraces your involvement in motorsport, with Bathurst being the pinnacle. How has that affected your team internally?

Benjamin Ward: The team is disappointed. It’s been a long tenure we’ve been associated with the Bathurst 1000, but they’re also optimistic of new horizons. The team has been amazing with activating Bathurst over the years. Each year, we have 135 team members at the event activating stores. We do a lot of buying for the event as well including merchandise and specific products for Bathurst and the fans. So they’re disappointed, but they’re also optimistic that the sun will come up tomorrow and there’ll be other opportunities for us.

Speedcafe.com: What’s the reaction been like from the fans?

Benjamin Ward: The social media that we’ve seen so far has been really disappointed that the partnership has ended, and in particular, gone to a foreign competitor. I’ve seen a number of comments on that. We’ll find out this year what the team feedback or the fan feedback is as we celebrate our 16th year and our finale.

Speedcafe.com: If there was one thing that was the most disappointing thing out of this whole scenario, what would that be?

Benjamin Ward: We had every intention to extend our contract for a further term. We more than doubled our monetary commitment, but Supercars chose to offer the contract to a foreign competitor, seemingly for money alone.

Speedcafe.com: This has all happened quite quickly, there’s a bit of an unknown around the Bathurst event this year in regards to what it’s going to look like because of COVID-19. I guess the other disappointing part of this is that you might not be able to have the send-off that you would have liked.

Benjamin Ward: COVID will no doubt impact the 16th Supercheap Auto Bathurst 1000. We’ll make sure we say farewell to the fans with a fond finale and a legacy to remember us by.

Benjamin Ward: We have a lot of ideas in the pipeline and the team is working hard on it. You will just have to wait and see.

Benjamin Ward: Look, I’ve had a number of high profile sporting groups and teams that have already approached us, but we will take our time and find what is the right fit for our brand. When we do these sponsorships, we do them properly, and as per the Bathurst 1000 and our work with Supercars. We always put twice as much in on activating the event for the fans and for the sport that we support, as much as we pay in the sponsorship fees. So when we do something, we do it properly and we activate it for the betterment of the fans and the sport.

Speedcafe.com: The way you go about this has been picked up globally by several companies over the years. You have strategically involved many of your suppliers. What’s been the reaction from those brands about the current situation?

Benjamin Ward: I have spoken to a few key ones, obviously, but the reaction has been incredibly supportive. We’ve got a really good relationship with our trade partners. They’re not suppliers to us, we call them trade partners, because they are partners. So they’re equally as disappointed with the outcome, but they will remain our partners and we’ll embark on new ventures together.

Speedcafe.com: Now, the business itself, you’ve just done your reporting. Numbers have been strong across the board for the group, and there have been some interesting stats in regards to your online sales. What’s your current overview of where you sit, business-wise?

Benjamin Ward: Obviously the results were quite pleasing for us, and the new year has started quite strongly for us, as well. There’s a lot of uncertainty created by COVID, and so we’re ready to face whatever comes in the retail industry for the year ahead.

Speedcafe.com: A very general question, but what does the future look like?

Benjamin Ward: Quite exciting, I have to say. After 16 years of supporting the Bathurst 1000, we will say a fond farewell this year, but there are lots of exciting opportunities out there for Supercheap Auto. We’ve got a really exciting brand, a fantastic team standing behind us, fantastic trade partners standing behind us and tremendous opportunities. Whatever those opportunities are, we’ll take our time to consider them, but we’re quite excited with what the new year can bring.

Speedcafe.com: It’d be true to say that I’m sure the sport itself hopes that this current decision doesn’t see Supercheap Auto lost to the sport forever.

Benjamin Ward: That’s true. Supercars is part of the DNA of our organisation, and this is a step back for that. We still have a fantastic relationship with the Tickford team and they are an incredible partner to us. We need to digest this outcome from the loss of the Supercheap Auto Bathurst 1000 and determine what we do, but I agree, I hope it isn’t the end of our relationship with Supercars generally.

Supercheap Auto has been a platinum partner of Speedcafe.com for the past six years.