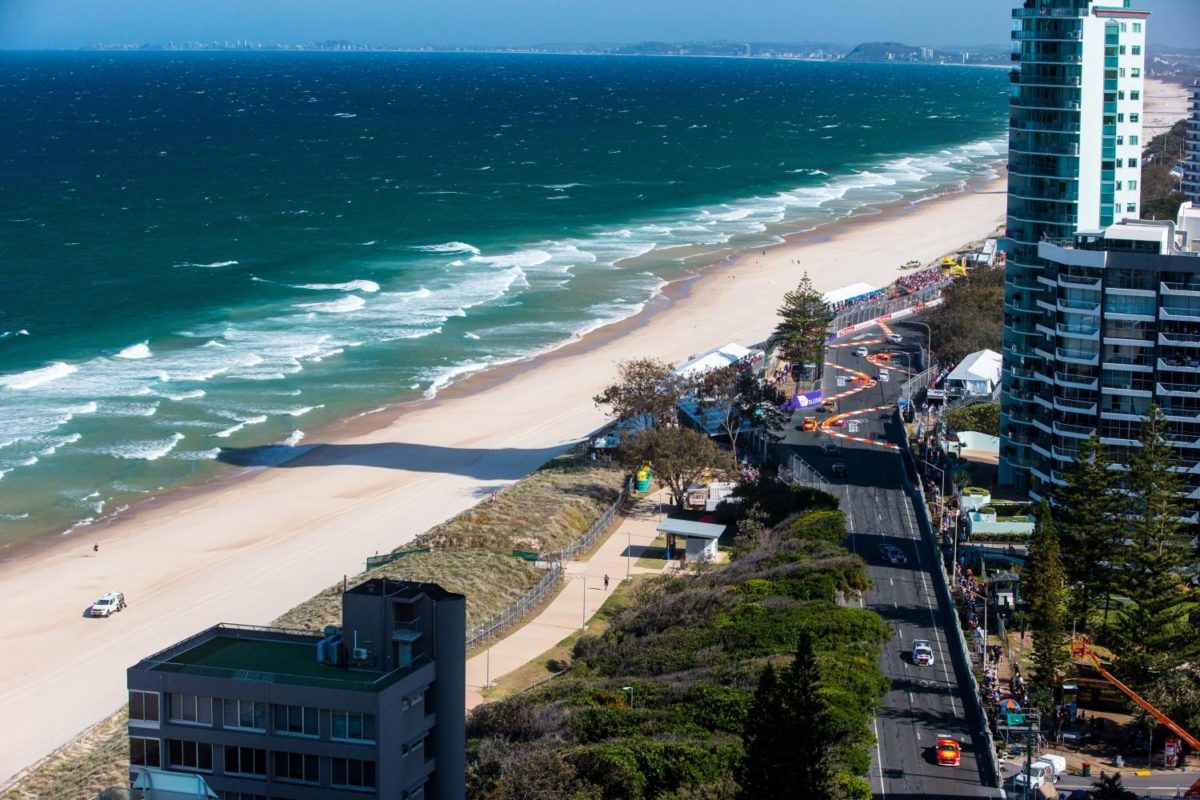 The Gold Coast was originally set to host the annual Gold Coast 600 on the last weekend in October, but it was cancelled due to COVID-19 in an original Supercars calendar change on May 17.

Negotiations had been progressing to have Queensland Raceway reinstated to this year’s Supercars championship for back-to-back events on September 19-20 and 26-27, but talks collapsed last week and those events have been lost to The Bend in South Australia.

After the establishment of V8 Supercars in November 1996, South East Queensland became the unofficial home of Australian motorsport with the category’s head office, several teams and a logistics team based on the Gold Coast.

It is also home to a massive motorsport fan base, generations of whom grew up watching local hero Dick Johnson, who only missed one Queensland round of the Australian Touring Car/Supercars Championship from 1970 to his retirement in 1999.

“It is extremely disappointing,” Johnson told Speedcafe.com, when asked about the lack of an event in his own backyard this year.

“This COVID thing has just put a spanner in the works for everyone and I cannot not see there being an end to it anytime soon.

“I think we are going to have to learn how to live with it and hope something like the flu shot is developed to help us out each year.”

Supercars’ head office and television operation was moved to Sydney in 2013, but the organisation still maintains an office in Southport.

AFL CEO Gillon McLachlan and Queensland Premier Annastacia Palaszczuk announced the Gabba as the AFL Grand Final venue this afternoon and suggested up to 30,000 could possibly attend the game.

Lakeside International Raceway hosted the single-race Australian Touring Car Championship in 1964 and 1967 before hosting Round 6 of the seven-round championship in 1970 and 1971.

Lakeside returned as the final round of the 1975 championship won by Colin Bond and remained on the calendar until 1998.

Lakeside hosted possibly the most dramatic championship finale in 1981 when hometown hero Johnson beat Peter Brock in the final race of the championship to claim his first of five titles.

It came after Johnson had been involved in the famous ‘rock’ incident at Bathurst the year before and a few months before he returned to Mount Panorama to clinch his first 1000 win.

“That was certainly one of the most memorable races of my career,” Johnson told Speedcafe.com.

“I hadn’t felt pressure like that until that point.

“Whoever won that race was going to win the championship and I also felt I had a lot of responsibility to everyone who had pitched in to help us after what happened at Bathurst the year before.”

In 1991, Lakeside actually hosted two rounds of the nine-round series.

Lakeside also hosted many major international events including a round of the Tasman Series in 1969 which doubled as the Australian Grand Prix won by Kiwi Chris Amon.

The Australian Super Touring Championship also had rounds at Lakeside from 1993 to 2000.

In 1969, the ATCC went from a single-race championship to a five-round series and Surfers Paradise Raceway hosted Round 4, which was won by Norm Beechey.

Surfers Paradise then hosted rounds from 1971 to 1977, with the last two years of that run behind highlighted by the Rothmans 300.

Lakeside hosted the only Queensland round in 1978 and then Surfers Paradise returned to the schedule from 1979 until it was closed in 1987.

Jim Richards won the final ATCC event at the circuit in his JPS BMW.

The Surfers Paradise Street Circuit was established for the opening round of the CART World Series in 1991 and hosted international open-wheel events until 2008.

The newly-built Queensland Raceway hosted a sprint round and the new Queensland 500 in 1999, which was the warm-up event to the Bathurst 1000.

The venue hosted two rounds again the following year and had been on the calendar since before being axed this year.

The Surfers Paradise Street Circuit hosted several Supercars support events over the years, but the Gold Coast races did not become a part of the national championship until 2002.

In 2009, the event became a standalone Supercars event and it had held its position until earlier this year when an early call was made to cancel the October event because of COVID-19.

It is scheduled to be back on the calendar in 2021.

Willowbank Raceway was to host the 2020 Gulf Western Oil drag racing Winternationals from September 17-20, but that event has been cancelled due to COVID-19.

Archerfield is hoping that an easing of restrictions will allow it to host its annual sprintcar events at the end of the year, but almost certainly without some of their big international drawcards.

North Queensland has hosted a round of the Supercars Championship since 2009 and will host the second of back-to-back events this weekend after a late COVID-induced reshuffle.