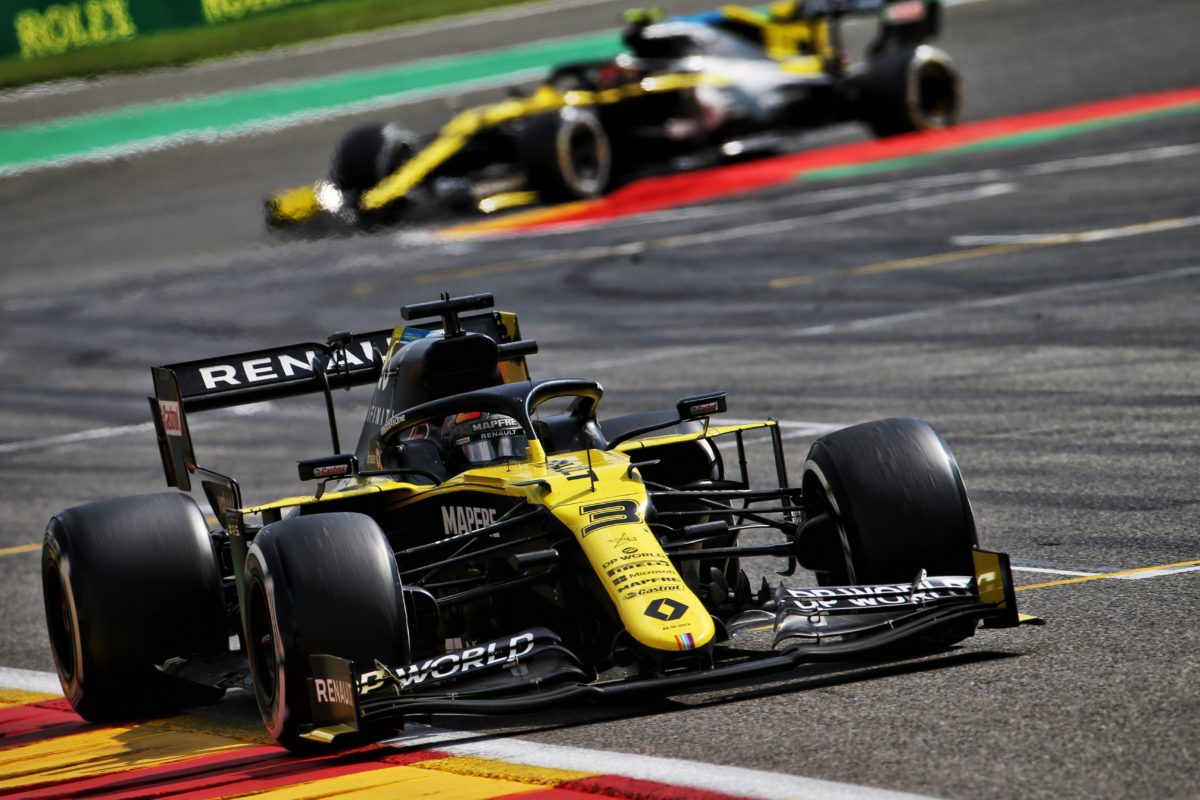 Daniel Ricciardo has revealed that Renault made a key discovery about its car at Silverstone which is expected to deliver benefits at a variety of tracks.

The West Australian equalled his highest finish of the season in claiming fourth last time out at Spa-Francorchamps, although the total result bettered his fourth in the British Grand Prix given it included a bonus point for the fastest lap.

With Esteban Ocon taking fifth in Belgium, it was also the Renault F1 Team’s best result of 2020 so far.

Ricciardo highlighted Friday practice at the 70th Anniversary Grand Prix, when he was third-fastest, where a “sweet spot” was found in the R.S.20.

“There is definitely something we picked up from Silverstone, like a sweet spot,” he said.

“I found it in terms of feeling in the car; ‘Right, this is where we need to run the car’. And we played around a bit here as well this weekend with it.

“And again, there was one session, I think it was in FP2, where I was like, ‘Okay, we found the sweet spot,’ so there is something fundamental which I think we’ve got a good choke hold on.”

Ricciardo also believes that what Renault found will work on both low- and high-downforce tracks.

“I think we can get it working on high-downforce tracks,” he stated.

“It’s not typical to low-downforce. We can run it on all levels, so I think it’s just finding what works best with a high-downforce.

“It certainly brings the car alive. So yeah that’s something which I’m pretty confident in: where the R.S.20 likes to be run.

The seven-time grand prix winner even ventured that the newfound low-downforce settings could actually be better on high-downforce tracks than a more conventional set-up.

“I think we have to assess, because obviously a lot of the time you go to a high downforce circuit and you just don’t even question it,” noted Ricciardo.

“We put the big wing on because that’s going to be fastest, but I don’t know. I wonder if we try running lower at some typical high(-downforce) circuits, and accept that that’s a weakness now, and maybe see if we can make something work more with a smaller wing.”

Ricciardo is eighth in the drivers’ championship on the way to this weekend’s Italian Grand Prix.