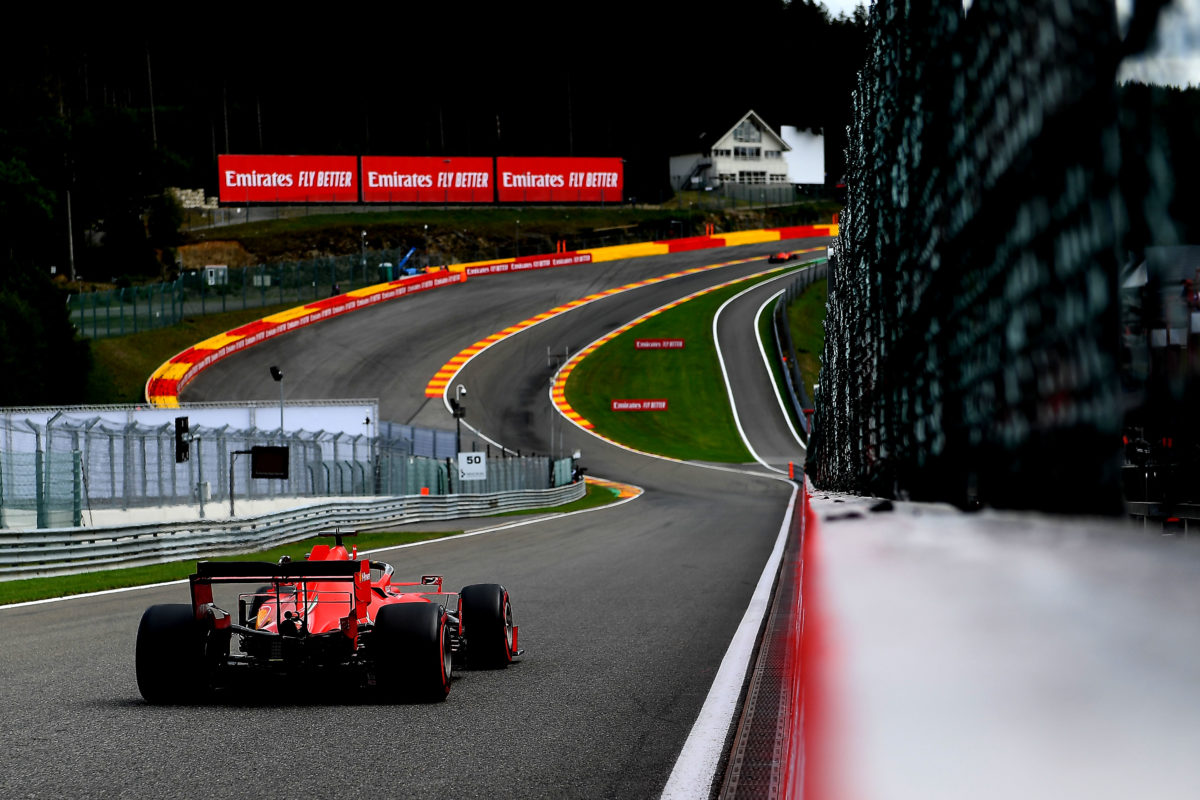 Ferrari finished outside the points in Belgium

The squad struggled across the weekend before recording just 13th and 14th in Sunday’s race.

Rubbing salt into the wound is the fact Ferrari dominated the event last year, with its 2020 car producing slower laptimes than the SF90 Charles Leclerc drove to victory in 2019.

“On a track that requires aerodynamic efficiency and power, we were severely lacking in both,” Binotto admitted.

“We are disappointed and angry, as indeed are our fans and with good reason.

“It’s a difficult moment in a season that we knew from the start would be a tough one, but it’s at times like this that we need to stand firm and look ahead in order to get over this difficult period.

“It’s the only way we will get out of this situation.”

The Belgian Grand Prix was the first time Ferrari had finished the race with both cars out of the points on merit since the 2010 British Grand Prix (both cars were classified in Brazil 2019 despite failing to finish the race).

It now sits fifth in the constructors’ championship on 61 points, two clear of Renault and five behind Racing Point.

The downturn in Ferrari’s performance in 2020 has coincided with a tightening of engine regulations, and a deal between the Scuderia and the FIA during the off-season after concerns were raised about the 2019 power unit.

Details of the agreement have not been released, a point which has left rivals teams frustrated.

“Obviously you can draw your own conclusions from Ferrari’s current performance,” observed Red Bull’s Christian Horner.

“There are races that we should have won last year arguably if they had run with an engine that seems to be quite different to what performance that they had last year.

“It’s obviously very tough for them, but I think their focus has obviously been in the wrong areas in previous years, which is why they’re obviously seem to be struggling a little with whatever was in that agreement.”

Binotto was dismissive of the suggestion that his team’s plight is solely to do with the power unit.

During the Belgian Grand Prix the squad found itself battling with customer teams Alfa Romeo and Haas which use the same engine.

“That’s not sufficient to explain our performance of this weekend because I don’t think that battling with our customer teams somehow is where we are expecting to be.

“There is something more which we are looking at which at the moment we do not understand.”

Not shy in taking responsibility for its current form, Binotto also warned that a return to winning ways is likely to take some time.

“The entire team is responsible, myself as team principal as first,” he said.

“Am I the right man or not (to be Team Principal)? (That’s) Not (for) myself to answer.

“How long it will take? I think if you look back in all the winning cycles that have been set, it’s always many years. There are no silver bullets in F1; patience and stability is required.”

Formula 1 moves to Monza for the Italian Grand Prix this weekend, another venue which favours engine power and an event won by Ferrari in 2019.