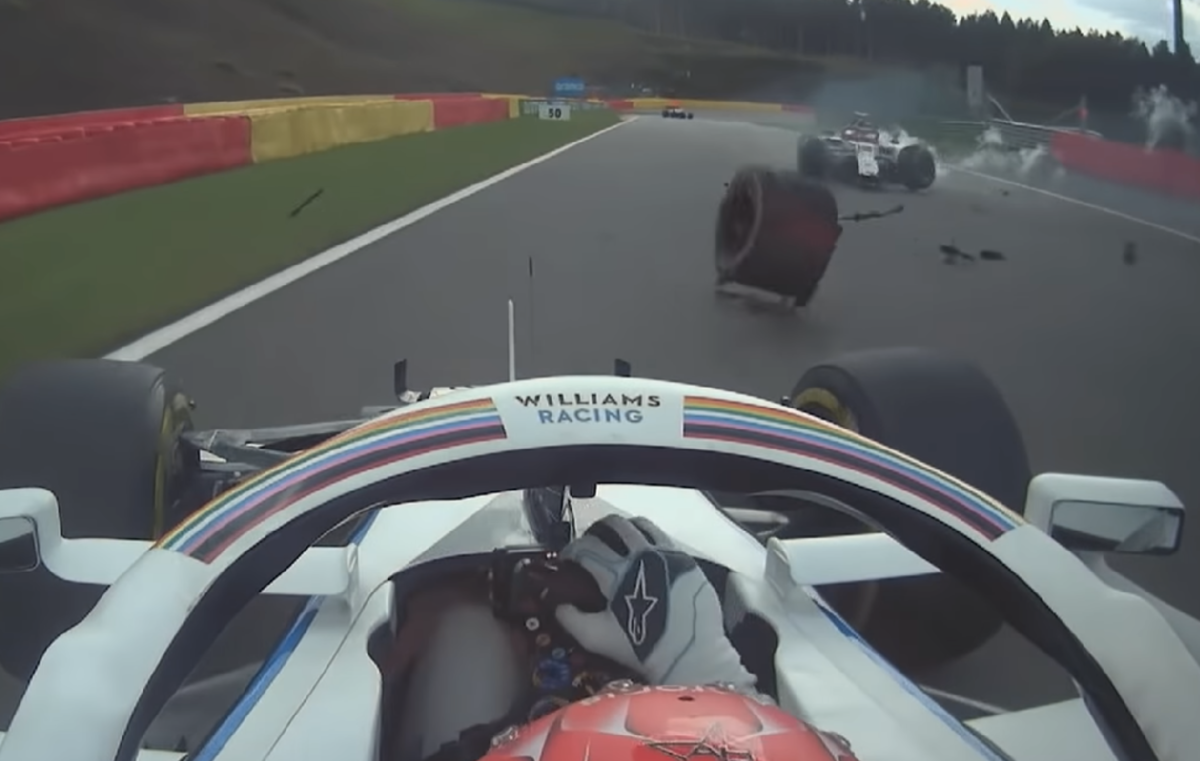 The FIA has launched an investigation into how a wheel broke free of Antonio Giovinazzi’s Alfa Romeo when he crashed at the Belgian Grand Prix.

The Italian lost control exiting the Fagnes chicane on Lap 10 of the race, spearing him into the barrier on driver’s right.

He then ricocheted across the track which became littered with debris from the incident.

Most worrying, however, was that the right-rear wheel broke free during the initial impact and was subsequently hit by George Russell.

“The FIA will, as always, analyse the incident to try and understand what happened and why a wheel assembly broke loose,” wrote Ross Brawn, Formula 1 Managing Director, Motorsport, in his most recent column for the sport’s official website.

“They have done a tremendous amount of work to stop wheels coming off, including introducing twin tethers with much stronger attachments.

“That accident was horrible and it was one of those situations where, though it wasn’t so relevant in this case, we are glad we have safety devices like the halo.

“It was such a relief to see George and Antonio get out of the car unscathed.

“It is testament to the progress that has been made in the safety of F1 cars in the last 20-30 years, but safety is something we must never take for granted.”

“Why it came detached I’m not 100 per cent sure, but immediately once the car came back to the drop off area our technical team already started the investigation,” he said.

“We’ve got the footage, the technical department in conjunction with the safety department will investigate why.

“We need to look at all the available data and process it, and let the appropriate people look into it.

“I think from the FIA perspective whenever an incident occurs it’s always something we look at and ways we can improve any circuit.

“I don’t think it’s just a Spa matter, it’s after every single incident and see what improvements that can be made.

“We’ll look at it from that perspective and go from there.”

Taking to social media following the incident, Russell confessed his appreciation for the additional measures taken to protect drivers.

“Feeling unlucky and lucky right now,” he posted on Facebook following his retirement from Sunday’s race.

“Gutted, as we were having a great race – but really glad we have the halo on these cars now or it could have been much worse.”

Russell and Giovinazzi were the only two retirements from the Belgian Grand Prix, Carlos Sainz suffering a power unit issue pre-race which prevented him from taking the start.