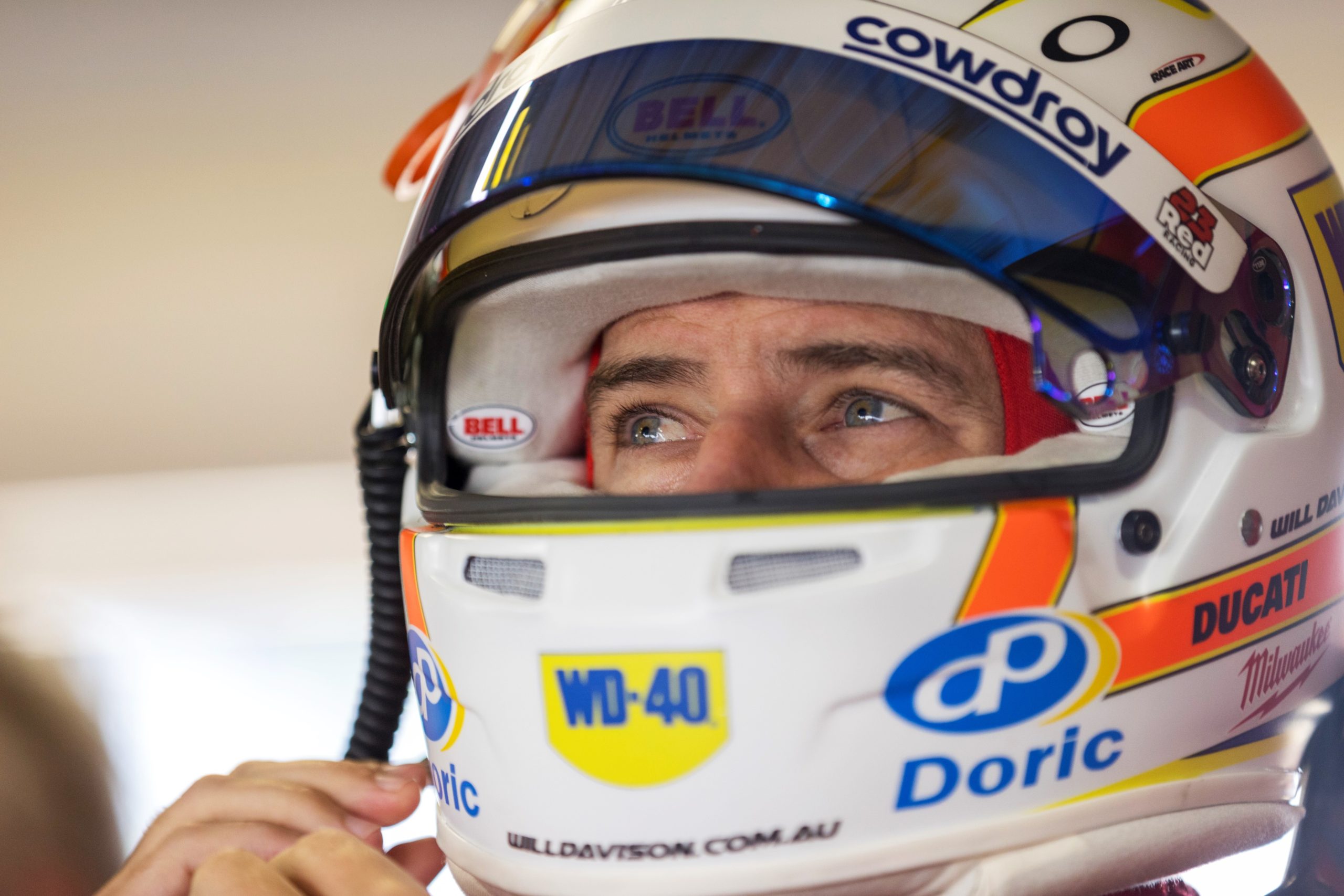 Despite a “whirlwind” year, Tickford Racing returnee Will Davison believes he’s in the best position possible to challenge for a third Supercheap Auto Bathurst 1000 crown.

Yesterday the long rumoured return of Davison to the Virgin Australia Supercars Championship grid was confirmed with his re-signing to the Campbellfield-based team as a co-driver.

He’ll join Cameron Waters in the #6 Monster Energy Racing Ford Mustang in what will be his 17th consecutive start in the Great Race.

Speedcafe.com spoke with Davison following the announcement, who said he was pleased to have something positive to talk about.

Earlier this year the 38-year-old was forced out of a drive after the Phil Munday-owned 23Red Racing team folded due to Milwaukee pulling its sponsorship.

His spot was subsequently taken by James Courtney under the Boost Mobile Racing banner.

Davison’s return to the championship comes after travel arrangements proved too great to overcome for USA-based driver Alexandre Premat of France.

“Naturally, it’s been a weird year and I’ve just been so appreciative of all the support ever since everything went down,” said Davison.

“It sort of made the blow that little bit easier to know that I’ve got a lot of support out there. It’s cool.

“Obviously I’m looking forward to Bathurst. The way it’s all panned out to be with Cam and Tickford, it’s a nice continuity of the relationships that are already built up in that team.

“The fan base and everything that we had for our team has still followed me across if you like. As I said, it feels nice.

“It’s been strange being away from a race track for so long. It does feel a little bit strange to be announcing a co-driver role. I’m just looking forward to doing my part there.”

Davison said he’s revelling in the news that he’ll be back on the grid this year, even if it’s only for one race.

After what has been a trying year, Davison said the race will carry “even more weight and importance” than previous attempts.

However, the Supercars veteran isn’t expecting a win to fall into his lap.

“It would mean a lot, but I’m not one to feel like the sport owes anyone anything,” said Davison of his winning chances.

“As much as you love the thought of a fairytale, you just waste energy thinking about that stuff. You use the frustrations to make you stronger and work harder and that’s the only thing that gets you results is digging deep and preparing hard and wanting something.

“For sure, that’s what I’ll do. I’m not expecting anything to be gifted because I’ve had a bit of a hard luck story this year. We’re going to have to go out there and earn it.

“But certainly, I’m very determined and very hungry after everything that’s gone down this year. Certainly, I love the sport more than I ever have. I want to be back out there and I just can’t wait.

“I’m going to have fun, I’m going to appreciate it, and really that’s what racing is all about these days. I don’t have to prove anything. I still put a lot of pressure on myself as I’ve always said, but really.

“For me, I just want to be the best I can be. That’s all that matters for me and then doing my job for the team. You want to give back to the people that are putting faith in you as well.

“For me, I’m backing up Cam and Tickford, so my job is to do a great job for them and certainly I’ll be focusing hard on doing a good job. The pressure is going to be on, like it always is, to put in a good performance and I’m looking forward to it.”

Davison foreshadowed the possibility of a return to the grid in 2021, which he said is being worked on.

“I still feel like a lot of people are really egging me on to get back into full-time, which is nice,” said Davison.

“This is just a bit of a stop-gap for this year. Given the unfortunate circumstances, I think this is just a win-win for everyone.

“It’s nice to feel like we’re on the way up to be back a part of the show and counting down the days to get back in a car is exciting.

“Hopefully we’ll have a few more positive progressions and announcements over the next few months as well going forward. Bring it on.

“It’s been a tough year but it’s certainly refreshing to be talking about something positive.”

This year’s Supercheap Auto Bathurst 1000, which will also act as the Virgin Australia Supercars Championship season finale, will take place on October 15-18.