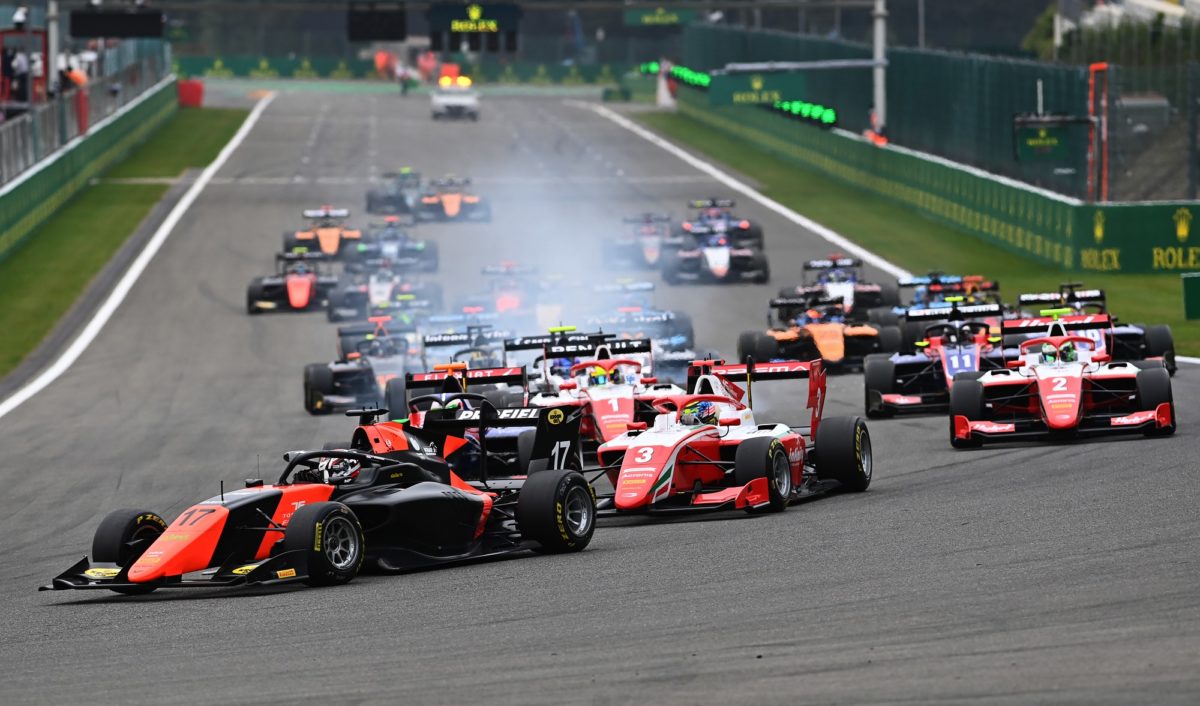 The start of Sunday’s Formula 3 race

Logan Sargeant holds a slender seven-point championship advantage over Oscar Piastri following the Belgian round of the Formula 3 Championship.

Piastri sat second in the standings heading into the weekend, but a fifth place finish in Race 1 versus eighth for Sargeant saw the Australian take over at the top of the table.

Victory for Sargeant in Race 2 saw that order change once again, with Piastri finishing sixth after a five-second post-race penalty was applied.

The Renault Academy driver had been battling with Richard Verschoor and ran wide at the top of Raidillon before diving into the slipstream and making the pass stick on approach to Les Combes.

Officials deemed Piastri had gained a lasting advantage by leaving the road, handing out the penalty which dropped him a single place at the finish.

Line honours in Race 1 went to Lirim Zendelli who won from Theo Pourchaire and David Beckmann.

Sargeant then took out Race 2 from Frederik Vesti and Liam Lawson, who is fourth in the championship battle, half a point behind Beckmann.

A 12th place for Jack Doohan was followed by a retirement in Race 2, while Calan Williams recorded 16th and 25th place results.

Alex Peroni also endured a tough weekend, finishing 14th and 21st in the weekend’s races as he slipped to 10th in the championship.

Just two rounds remain in the 2020 title race, the next at Monza this weekend ahead of the season finale in Mugello a week later. 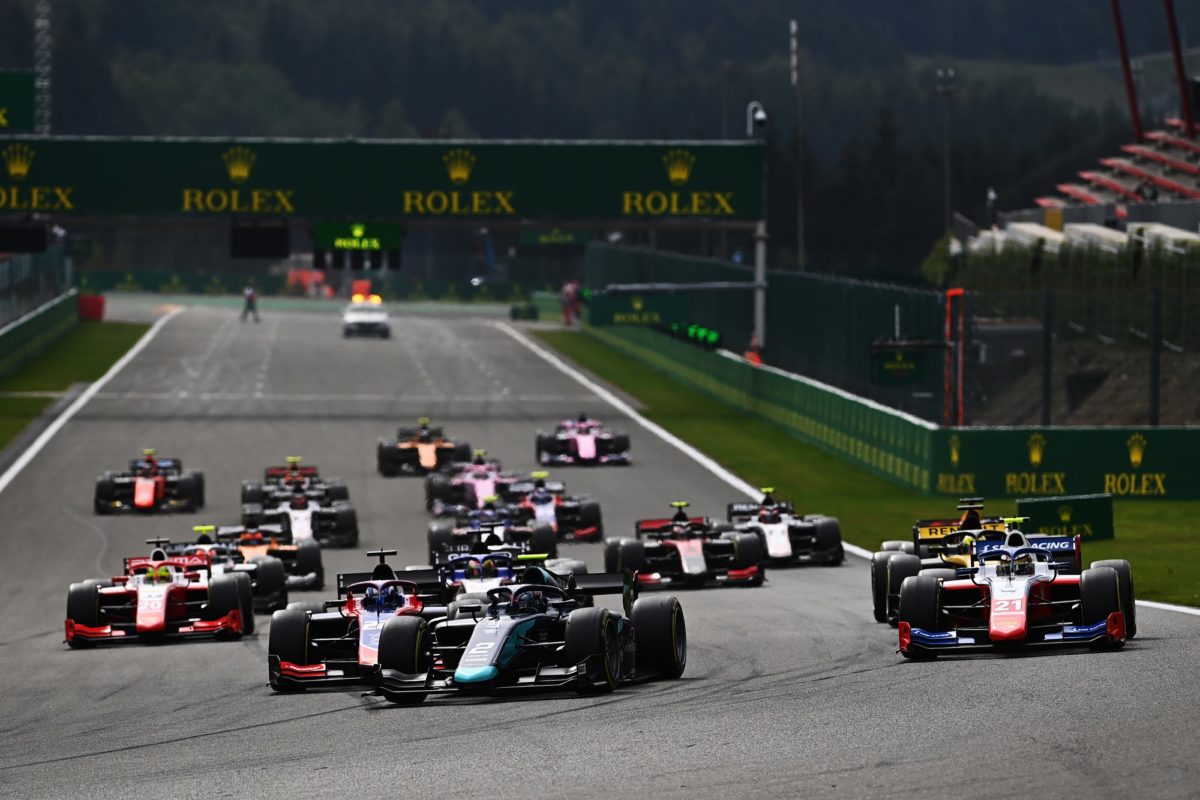 Robert Shwartzman has taken the lead in the Formula 2 championship with a strong weekend at Spa-Francorchamps.

Yuki Tsunoda won that affair after Nikita Mazepin copped a five-second penalty post-race for his action in their late race battle.

Tsunoda had led comfortably before a slow stop dropped him to second, the Japanese driver then chasing down Mazepin and challenging for the lead.

Shwartzman dominated Sunday’s race after inheriting the lead when Dan Ticktum and Roy Nissany tangled while battling for the lead at Les Combes on Lap 4.

A late charge from Mick Schumacher saw the German climb to second, a one place improvement over his Feature Race result with Guanyu Zhou rounding out the podium.

Formula 2 follows the F1 championship to Monza this weekend for its next round. 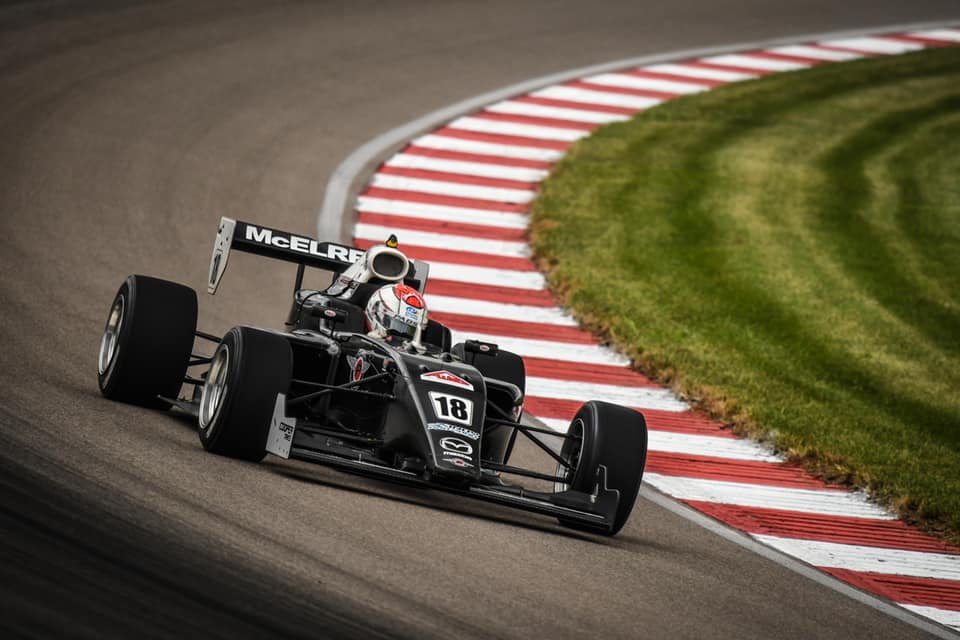 DeFrancesco (Andretti Steinbrenner Autosport) prevailed by less than a second after 55 laps and a closely fought contest for the lead, from Braden Eves (Exclusive Autosport) and Artem Petrov (Juncos Racing).

McElrea qualified eighth in his Pabst Racing entry and ended up getting home as the first driver off the lead lap.

DeFrancesco continues to lead the series while McElrea has dropped a spot to seventh in the standings.

Rounds 8 to 10 take place on the Indianapolis road course on September 3-4 (local time). 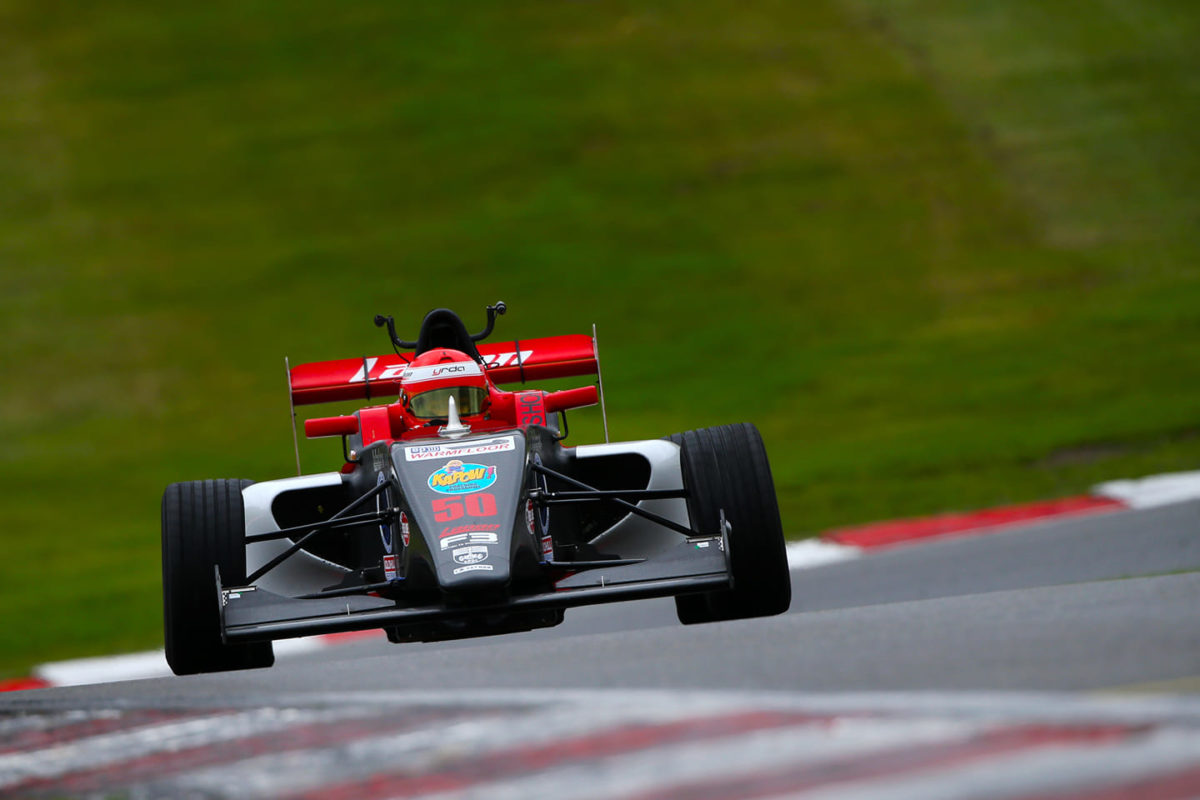 Horsten started the Round 9 race, the second of the weekend, from second on the grid and lost a spot to a fast-starting Nazim Azman (Carlin) but pressured the top two throughout.

He was classified 13th in the weekend opener, after a disqualification ahead, having also qualified 10th for that encounter.

Maini leads the championship, with Horsten ninth, ahead of Rounds 12 to 14 at Donington Park (GP layout) on September 19-20. 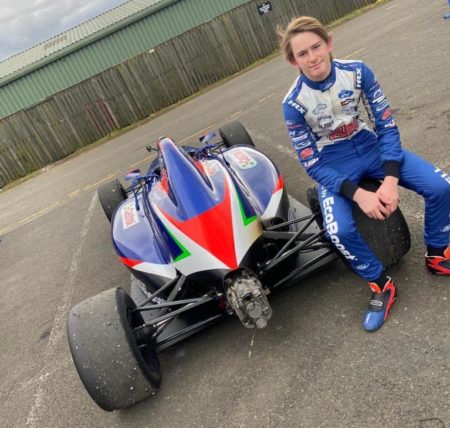 Newcastle driver Christian Mansell finished the fourth event of the F4 British Championship with a DNF after losing his rear wing in the Round 12 race.

Mansell nevertheless extended his Rookie Cup lead by a net one point to 39 over the course of the three races, the first two of which he finished in ninth and seventh respectively.

In the third, his Carlin car was noticeably damaged from contact with a competitor, forcing the teenager to pit.

Mansell is seventh outright ahead of Rounds 13 to 15 at Thruxton on September 19-20. 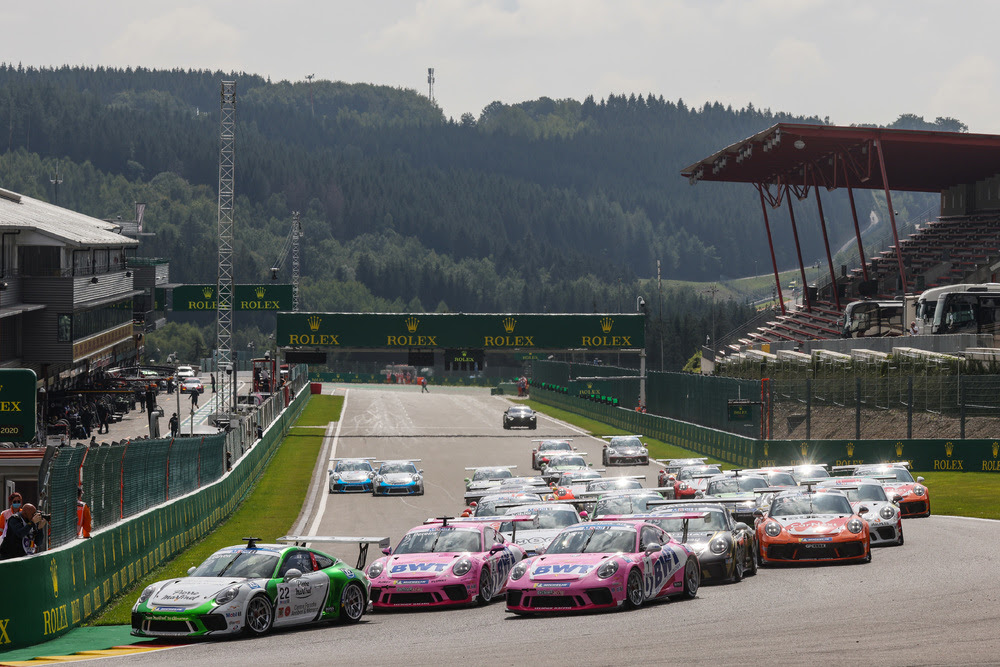 Jaxon Evans lies fourth in the Porsche Supercup standings with just one round remaining following a fourth place at Spa-Francorchamps.

A locked brake on the approach to Les Combes midway through the race saw Evans run long, skirting through the run off, losing out to Dylan Pereira in the process. Florian Latorre also found a way through to relegate Evans from the podium.

The 2020 Porsche Supercup concludes at Monza this weekend as it again supports Formula 1.