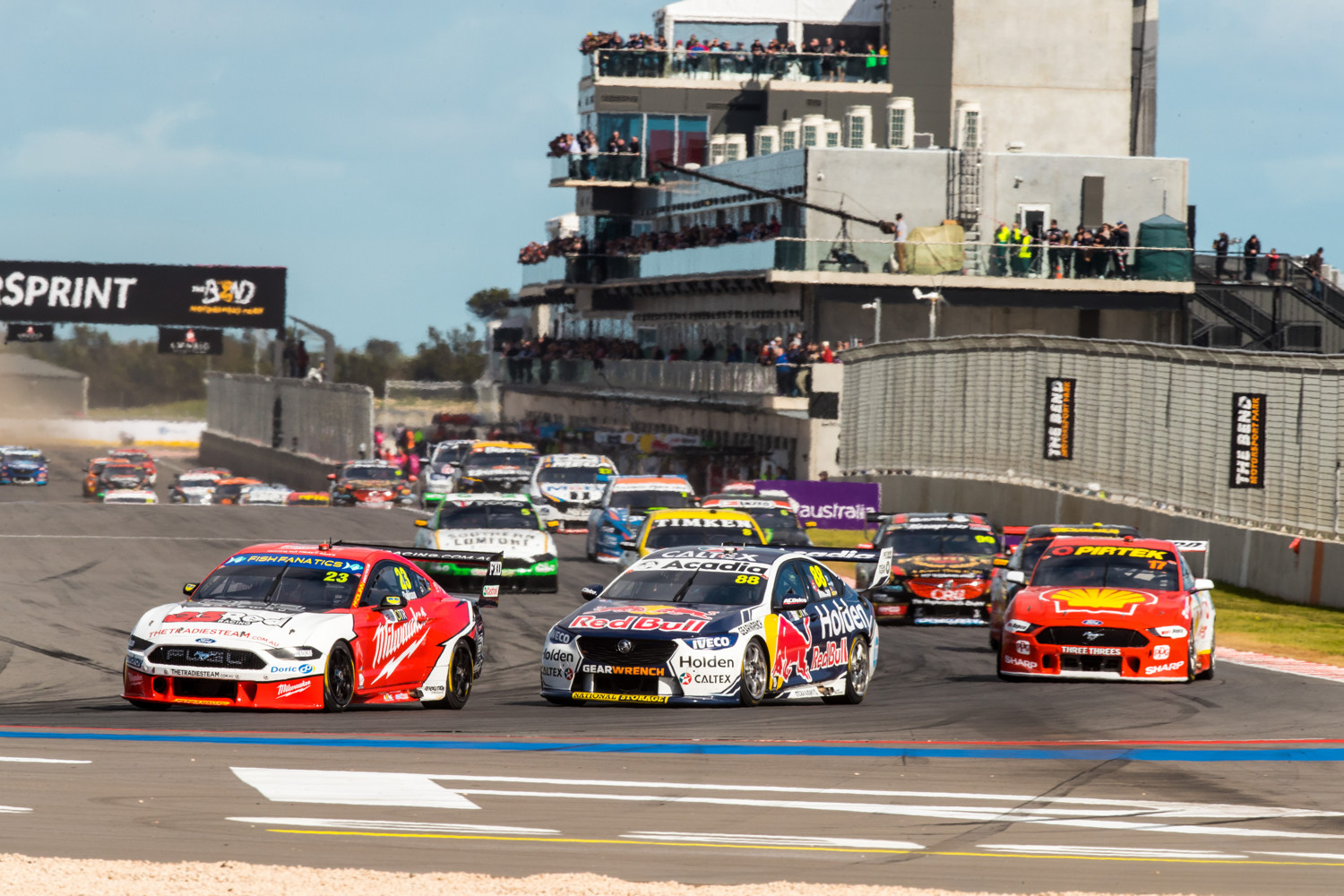 The Bend Motorsport Park will host a Supercars double-header

Test days and dedicated co-driver practice sessions are being investigated in the wake of the latest Supercars calendar revisions.

Four rounds remain in the Virgin Australia Supercars Championship this year following confirmation of a double-header in Tailem Bend and a Bathurst finale.

Supercars will race at The Bend Motorsport Park on the weekends of September 19-20 and 26-27 with the possibility of each event being held on different circuit configurations.

With little time between the four rounds, Supercars is investigating test day options and the possibility of co-driver sessions at The Bend SuperSprint events.

For circuit owner Sam Shahin, the return of the Supercars Championship to South Australia is a major coup for the region.

Spectators will be allowed to attend the meeting with ticketing details to be confirmed.

“In what has been the most challenging year in living memory, I am altogether excited, relieved, and looking forward to The Bend being part of the 2020 championship,” said Shahin.

“It is a credit to drivers, team members, owners, Supercars and the wider motorsport community that the series has been able to navigate the difficult circumstances of the past six months.

“It demonstrates the tenacity and determination of the sport and makes us feel even prouder of being part of this community.

“The task is now in front of us to put on the best events possible in September, essentially cramming what normally takes 6 months of planning into three weeks, but we love a challenge.

“The Bend SuperSprint events will permit fans to each day of racing, with details to be released in coming days.”

South Australia’s borders currently remain closed to coronavirus afflicted Victoria, meaning co-drivers from the state would have to complete a 14-day quarantine.