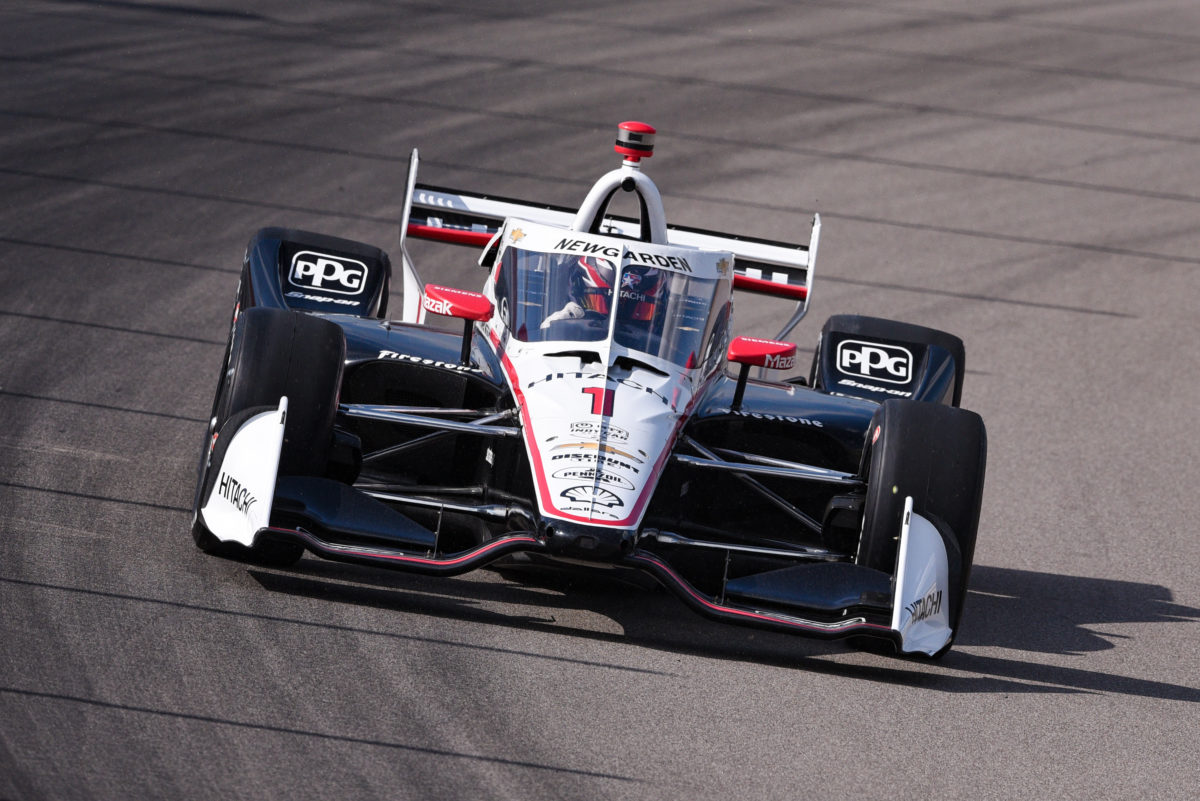 Josef Newgarden has won the second Gateway IndyCar race, a victory Will Power was in contention for until he was hindered by traffic and ultimately finished third.

Patricio O’Ward split those Team Penske drivers in taking second while Scott Dixon’s series lead over Newgarden is a reduced 96 points after he got home in fifth position.

That top five remained until Lap 26, when Sato and Newgarden got held up by traffic, allowing Power to nab second spot from his team-mate.

The early leader had still been making good pace but got held up by Charlie Kimball (AJ Foyt Racing) and emerged eighth when he completed the cycle.

O’Ward had taken the lead by undercutting both the front-running Penske cars, and Rinus VeeKay (Ed Carpenter Racing) slotted in between #12 and #1 having pitted from 12th on Lap 40, while Dixon was net unchanged in fifth.

The order was not shaken up again until the next pit stop cycle, when Power took the lead from O’Ward, who got held up somewhat on his out lap and dropped back to second.

Newgarden moved back into third, VeeKay took up fourth, and Dixon slipped to seventh, behind Colton Herta and Sato.

Although Power and then O’Ward caught backmarkers, there were no changes of position until the final pit stop cycle.

Newgarden jumped O’Ward when they came in together, along with VeeKay, on Lap 151, while Power took service a lap later.

However, the Queenslander was delayed by Ed Carpenter (Ed Carpenter Racing) on his way to the pits and fell to third, Herta moved to fourth thanks to having to take on less fuel to get home, VeeKay emerged fifth, Dixon took up sixth, and Sato was seventh.

When VeeKay went to round up Herta on Lap 164, the Andretti Harding Steinbrenner Autosport driver got loose and ceded position also to Dixon.

The man who caused the yellows actually managed to complete all 200 laps in his damaged #30 Honda, finishing ninth, and Santino Ferrucci (DCR w/ Vasser-Sullivan) rounded out the top 10.

Next up, based on how the calendar currently stands, is a pair of races on the Indianapolis road course on October 2-3 (local time).