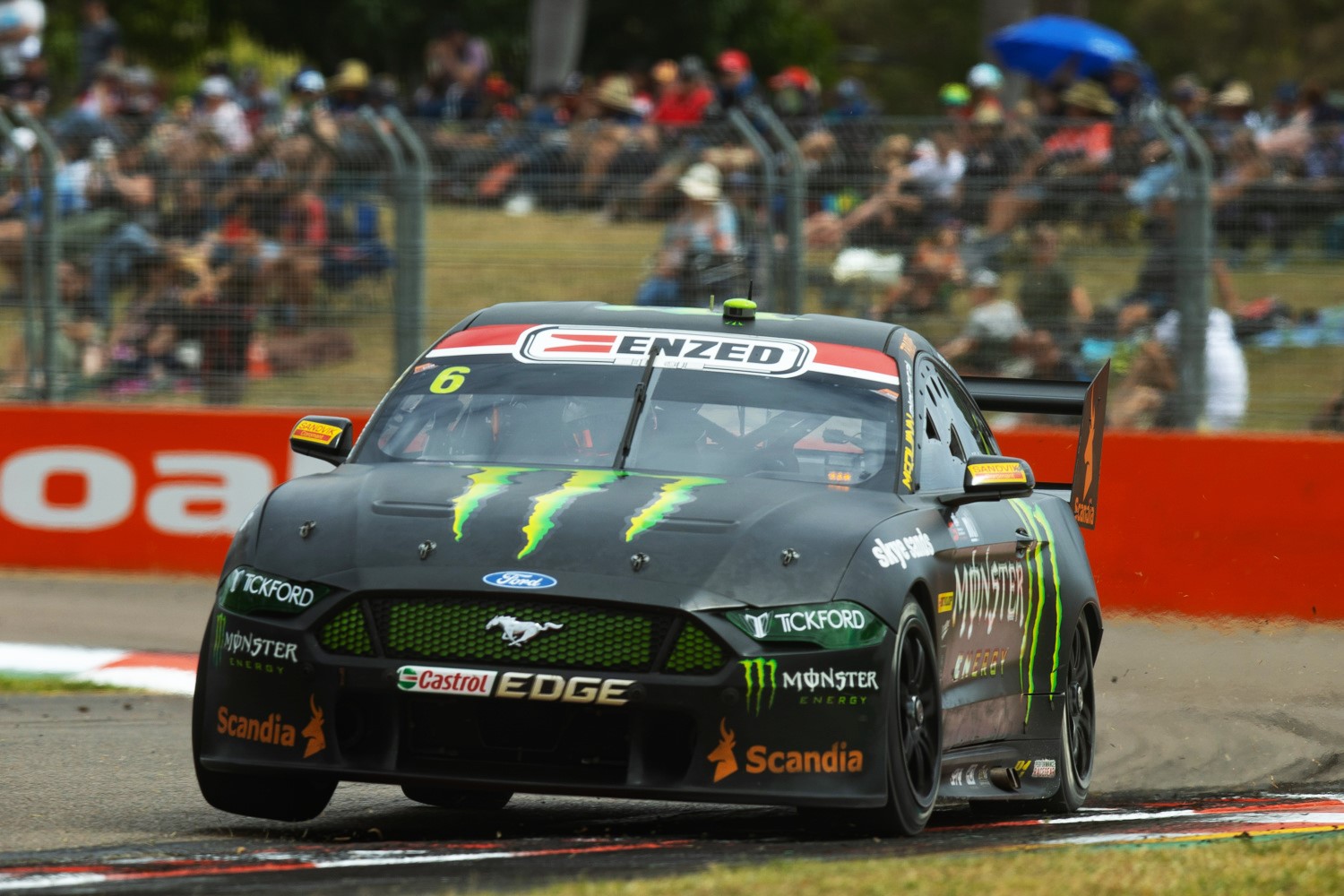 Scott McLaughlin and Cameron Waters believe additional track time for their co-drivers would be beneficial having not raced since the start of this year.

As a result of the coronavirus pandemic, pre-event preparations have been disrupted and the endurance precursor has been a casualty as a result.

Supercars has said it is investigating options for test days as well as co-driver sessions at the forthcoming double-header at The Bend Motorsport Park.

Mark Dutton, Team Manager for the Red Bull Holden Racing Team, has been among those lobbying for additional track time and even a dedicated test day at Mount Panorama.

Slade was an early withdrawal from the Bathurst 12 Hour, but contested one round of the Asian Le Mans Series in Thailand.

He also completed a ride day with the Shell V-Power Racing Team in a Ford Mustang at Lakeside Park.

“Anytime you can get more sessions and more laps for your co-driver the better,” said McLaughlin.

“My situation with Sladey, he hasn’t driven the car too much so the more laps, the better for him.

“I think it’s a good suggestion, it’s just if it’s feasible and we can do it, that’d be cool. More laps at the mountain, the better.”

Today it was announced the Tickford Racing driver would be joined by former full-time Supercars driver Will Davison in the #6 Ford Mustang.

Davison, a two-time winner of the Bathurst 1000, hasn’t driven a Supercar competitively since the ill-fated Melbourne 400.

“Like Scotty said, any more laps we get on the co-drivers, the better,” said Waters.

“Obviously they haven’t been driving anything this year; across pit lane there’ll be new pairings and stuff also.

“We need to get them a couple more laps up there to make sure they’re comfortable; you don’t want to throw them into the biggest race of the year not knowing the cars and all that stuff.”

McLaughlin’s team-mate Fabian Coulthard will be paired with Tony D’Alberto and said he’ll be match fit.

D’Alberto is another that hasn’t had much in the way of on-track action this year. He drove in the Bathurst 12 Hour, but was an early retirement.

Tbe 34-year-old made an appearance in the TCR Asia Pacific Cup at the Formula 1 Australian Grand Prix, which was cut short due to the coronavirus pandemic.

“They got selected for a reason for both cars and they’re both known guys with great skills and good experience around plenty of Australian tracks, obviously the key one being Bathurst,” said Coulthard.

“We’re excited. Hopefully they’ll get a test day prior but who knows?”

The Bathurst 1000, which will serve as the final round of the Virgin Australia Supercars Championship, is slated for October 15-18.