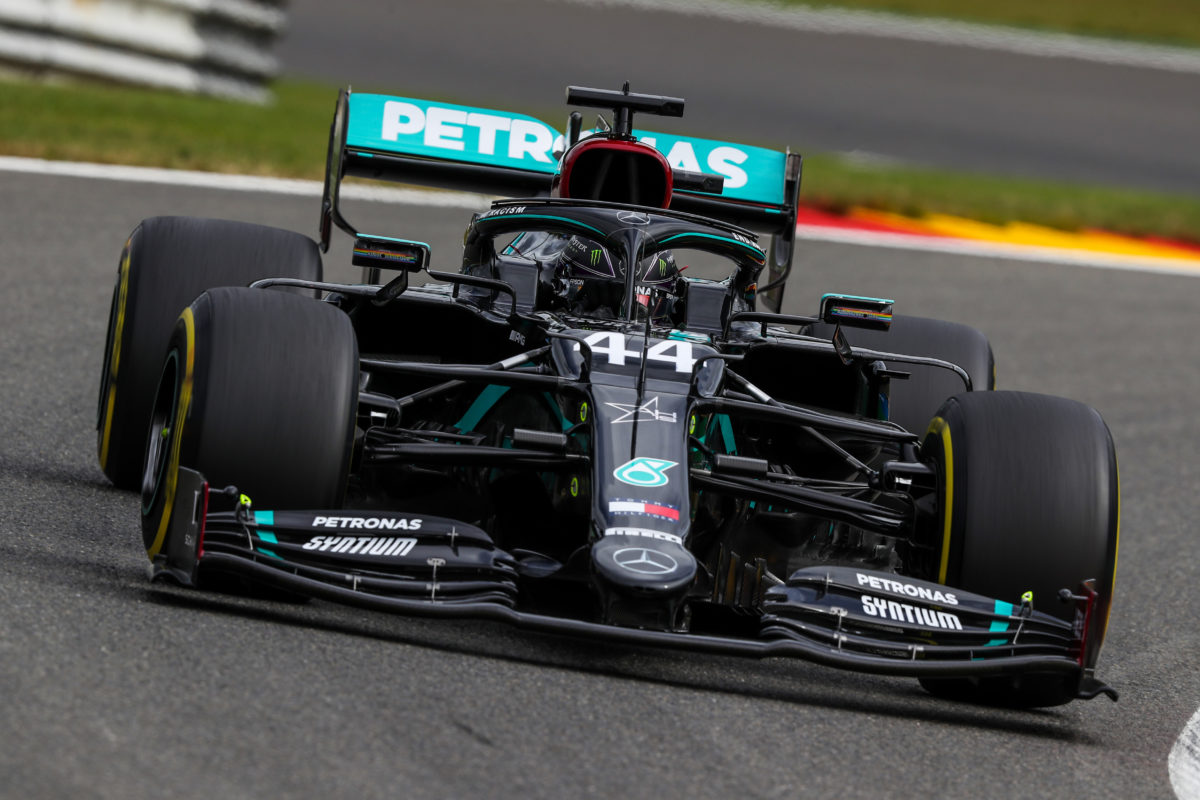 Lewis Hamilton admitted he feared a repeat of the final lap dramas he experienced at the British Grand Prix during the closing stages in Belgium.

Hamilton won the Belgian Grand Prix at Spa-Francorchamps from team-mate Valtteri Bottas by a comfortable eight seconds at the flag.

Heading into the final stanza of the race there were concerns surrounding tyres, with Hamilton having twice locked up following his pit stop under Safety Car on Lap 11.

In that stop he’d swapped the medium compound tyres on which he’d started the race for a set of the white-walled hards for the 33-lap run to the flag.

“I was a little bit nervous that we might have a scenario like Silverstone with that right front towards the end, so I was nursing it,” Hamilton admitted.

“It looks like the tyre’s got plenty of rubber on it, so maybe it was just fine and just all worried for nothing.”

Hamilton maintained the lead throughout the Safety Car interruption, which was shown following a crash for Antonio Giovinazzi that caught out the hapless George Russell.

He looked set to claim the seventh Grand Slam of his career too (pole position, lead every lap, fastest lap, and race win) before Daniel Ricciardo stole the bonus point on the final lap.

“I know it’s not necessarily what everyone always wants, to see the Mercedes at the front, but no matter how much success we have we just keep our heads down,” Hamilton explained.

“When I go back into the office now there’s no guys celebrating, they’re like ‘okay, how can we win the next race?’. It’s an incredible mentality to work around, and environment to work around.

Formula 1 next moves to Monza for the Italian Grand Prix, Round 8 of the revised 17-event 2020 calendar, next weekend.