Davison returns to Supercars with Waters for Bathurst 1000

Davison returns to Supercars with Waters for Bathurst 1000 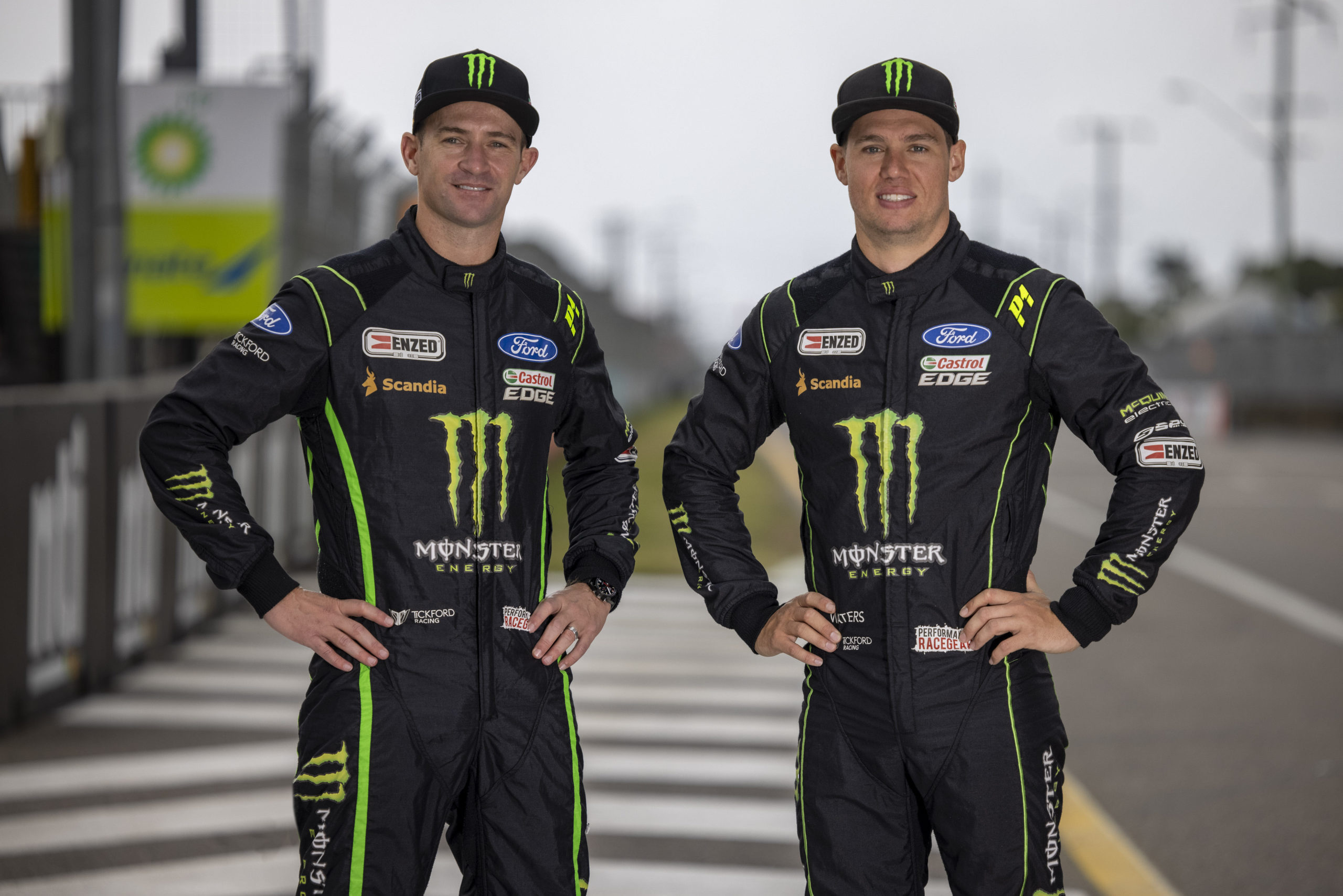 Will Davison (left) and Cameron Waters

Will Davison has been confirmed to make his Supercars return with Cameron Waters and Tickford Racing in this year’s Supercheap Auto Bathurst 1000.

Davison’s return coincides with confirmation of the team’s line-up for this year’s Great Race at Mount Panorama.

Jack Le Brocq will be joined by James Moffat in the #55 Supercheap Auto Racing entry while Lee Holdsworth will be paired with Michael Caruso for Truck Assist Racing in the #5.

Davison was unceremoniously forced out of the Virgin Australia Supercars Championship earlier this year after 23Red Racing closed its doors when Milwaukee pulled its sponsorship.

“It’s been a crazy year for so many, and it’s been hard to be on the sidelines, but to know I have such a great partner and team for the big one at Bathurst is pretty huge for me,” said Davison.

“It’s something I’m counting down the days for now. I know Cam well, obviously, I know everyone here at Tickford incredibly well, so I couldn’t be more excited to do my part in helping Cam and the team get a big result at Bathurst.”

Davison has long been rumoured to make a return in the sole endurance race of the year due to coronavirus travel restrictions impacting Alexandre Premat.

Doubt was cast over Premat’s ability to compete in the Bathurst 1000 this year after Australia’s external borders were closed to non-citizens and non-residents.

“I guess it’s one of those ‘one door closes, another opens’ situation, and for that door to open for Will to rejoin the team is fantastic,” said Tim Edwards, Tickford Racing CEO and Team Principal.

“He gels really well with the team and the other drivers, and obviously he’s one of the best drivers in pit lane, so with the way things panned out it was a no-brainer to bring him on board.”

Edwards said he was happy with his co-driver pairings.

It marks a reunion for Holdsworth and Caruso who were paired together in the 2009 running of the Bathurst 1000 at Garry Rogers Motorsport.

This year will also mark the third in a row that Moffat has raced in the Supercheap Auto-backed entry.

“To put Lee and Robbo (Caruso) back together is a cool story, they get on like a house on fire so they’ll be fun to watch,” said Edwards.

“Moff has been outstanding for us the past couple of years and will be a great set of hands for Jack, and Broc has been progressing really well this year, so pairing him with a racer of JC’s experience and ability makes a strong duo for the Boost Mobile car.

“We’ve already put all four cars on the podium this year, and we truly feel all four can contend for the podium at Bathurst, which is an exciting feeling.”

Davison described the re-signing to Tickford Racing for a one-off appearance in what will also be the season-finale as a “natural progression” for he and the team.

Despite having not been in one of the team’s Ford Mustangs since the ill-fated Melbourne 400, Davison said he is confident he can jump back in and be quick.

The Gold Coast-based driver said he is upbeat about his prospects for the 2020 edition of the endurance epic.

“It was pretty easy to come to an arrangement with Tim (Edwards, CEO and Team Principal) and everyone here because I love the team here.

“Obviously we started the year so strong, so I’ll be able to settle into the car very quickly, with no real test days planned at all and the way this year’s unfolding, just to settle into a familiar environment, a familiar car, and hopefully hit the ground running will put us in very good stead.

“I think it’s a win-win for all of us, I’ve got a lot of time for Cam, he’s a great young driver.

“I really enjoyed teaming up with him last year, we pushed each other really hard as competitors but we really worked together well as team-mates.

“So to be his co-driver is going to be different for me, but I’m certainly excited to do what I can for the team.

“I know Cam’s been incredibly unfortunate the last few years.

“He’s always fast there, and the last two or three years he’s had unfortunate accidents, so I think it owes him a big result as well.

“I’ll certainly do anything to get my third, and be a part of Cam’s first big one would be absolutely everything for me.”

The Supercheap Auto Bathurst 1000 is scheduled to take place on October 15-18 and will double as the Virgin Australia Supercars Championship season finale.