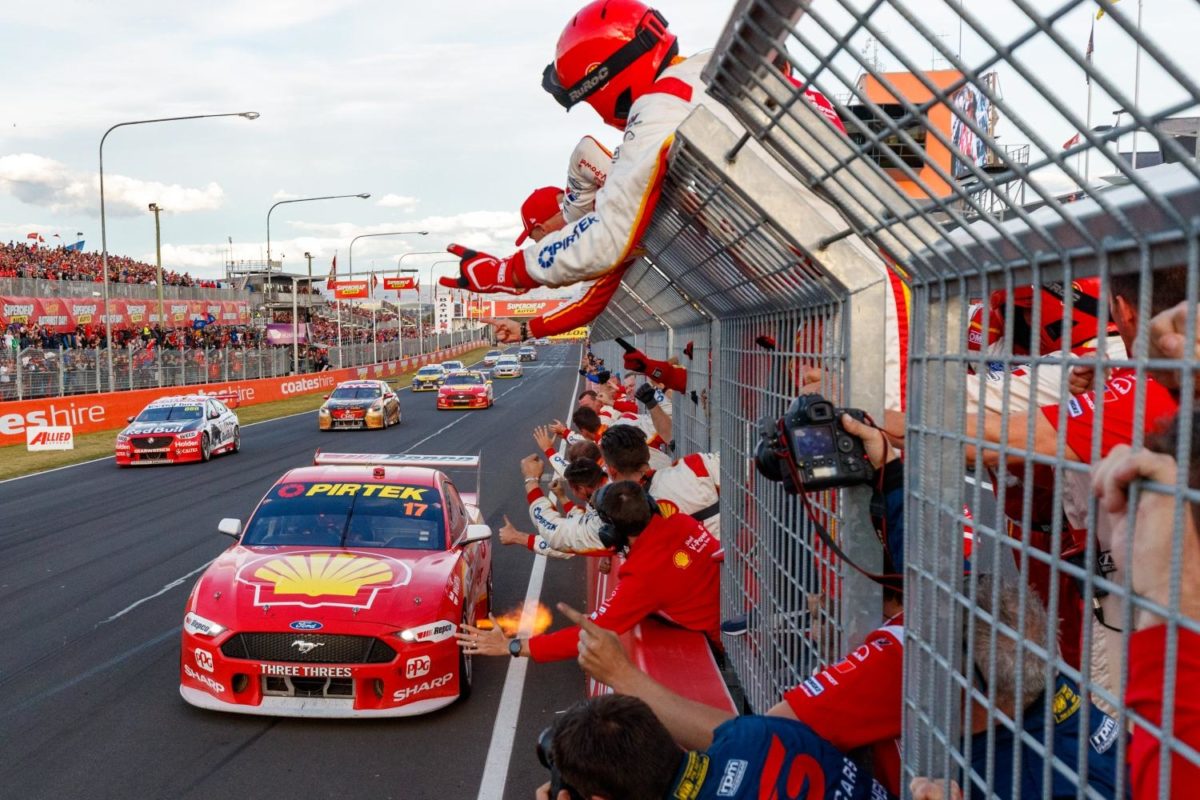 Scott McLaughlin and Jamie Whincup would likely prioritise the championship over the Supercheap Auto Bathurst 1000 if they have to choose, when the Great Race hosts the 2020 season finale.

The Bathurst 1000’s place as the venue for the last event of the current Supercars season has now been confirmed, and it looks likely that the championship will not be sealed before then.

McLaughlin’s gap over Whincup at the head of the standings is 123 points with three events and therefore another 900 points on offer between now and the time that the field arrives at Mount Panorama.

Asked what he would do if he was still leading the points but running a close second in the latter stages of the Great Race, the Shell V-Power Racing Team driver leaned to a preference for the Virgin Australia Supercars Championship title.

“You just do what you need to do,” responded McLaughlin.

“Obviously, it’s a big deal, both things, but second at the Great Race is still a good thing as well.

“But, we’ll do what we need to do to, I think, win the championship. At the end of the day, it’s important to do that, but we’ll just worry about that when we get there and hopefully we’re in the position.”

McLaughlin won the Supercheap Auto Bathurst 1000 for the first time on his way to a second championship title last year, while Whincup has four victories in the Great Race and seven championships to his name.

The latter has famously come close to a fifth 1000 win on a number of occasions, including multiple times when he has hardly held back despite a championship also being on the line, but holds a similar view to his rival.

“But, you just race; you’re not going to do anything different. No one deliberately does anything untoward to anyone else, or no one goes harder or softer; it’s just the same every race.

“You just go absolutely all out, and it is what it is.”

Cameron Waters, who shared the podium with McLaughlin and Whincup in Race 21 in Townsville but is more than a full event behind in the standings, was asked if their dilemma could be to his advantage come October.

The Tickford driver responded, “It’d probably just take an element away from you that you’d have to think about, but I think I’d probably prefer to be fighting for the championship than not.

“But I think if you were in that position, I don’t think you’d change your approach.

“In those moments where you have to either make a move or you’re not, those little decisions that you have to make, you’re just going to make them on the fly anyway, without thinking.

“I think you’re going to have to race for the win more than anything.”

The Supercheap Auto Bathurst 1000 has not been the last event of the season since 2000, when Garth Tander and Jason Bargwanna won on the day but that was not enough for the former to overhaul Mark Skaife at the top of the points table.

Since then, the completion of the Mount Panorama enduro has generally been considered as the start of the ‘business end’ of the campaign.

Despite his view on what matters more, Whincup dismissed the suggestion that the Bathurst 1000 would overshadow the championship battle or vice versa.

“I don’t think it takes the shine off (either),” said the veteran driver, who is also a member of the Supercars Commission.

“I think, if anything, it’s most appropriate. Most other sports, their grand final is the biggest event of the year, so I think it works.

“I completely understand why we don’t finish a normal season at Bathurst, and we keep pushing through to the likes of Newcastle, but this year I think it makes complete sense.”

McLaughlin had a similar view, observing also that it will be a relief for the Victorian teams to be able to return to base considerably earlier than the usual November or December finale having been on the road since July 6.

“Bathurst is so good (because) it’s such a reward when you go well there, and there’s a big swing in the championship regardless,” he said.

“We always sort of come out of Bathurst thinking, ‘Alright, where are we?’ and then you sort of go on with the championship.

“But to have the finale there, in a year that’s been completely crazy, I think it’s a great decision.

“It (also) allows the Victorian teams to go home and it’s an early finish (to the season), but it’s a great finish for our sport.”

The Supercheap Auto Bathurst 1000 will nevertheless take place on a later date than usual, as foreshadowed by Speedcafe.com.

Instead of October 11, per the original calendar and every official version from the outbreak of the pandemic until now, race day will be October 18.

The Australian Touring Car Championship’s 1000km enduro returned to October in 2001 but was held a week after its once-traditional Labour Day long weekend date and that timing has persisted ever since.

The National Rugby League Grand Final now typically falls on the day before that public holiday Monday in New South Wales, and the AFL Grand Final occasionally another day earlier but usually on the preceding weekend.

Supercars’ current season continues with the Robson Civil Projects Townsville SuperSprint next weekend (September 5-6), before a pair of events at The Bend Motorsport Park in the final two weekends of September.