Tony Quinn and Harri Jones shared the victories in Sunday’s Townsville Tin Tops races, with the latter walking away with weekend honours thanks to his two wins.

Veteran Quinn steered his Keltic Racing Aston Martin to victory in Race 2 by just 0.4s over Jones as their challengers fell by the wayside.

Notably, Super3 runners Declan Fraser and Josh Fife both failed to reach the chequered flag in the day’s opening heat, dropping out of contention as Quinn and Jones dashed away from the pack.

Jones turned the tables on Quinn in Race 3, with the McElrea Racing Porsche – which also soared to victory in Saturday’s Race 1 – crossing the line just 0.7s ahead of Quinn.

The leaders were fortunate not to lose out cutting through traffic late on with Jones tripping over the backmarker of Shaun Richardson at Turn 11, forcing Quinn to the infield.

Just one Safety Car was triggered across the two races as Warwick Douglas’s stricken BMW E46 was retrieved from the Turn 4 run-off in Race 3. 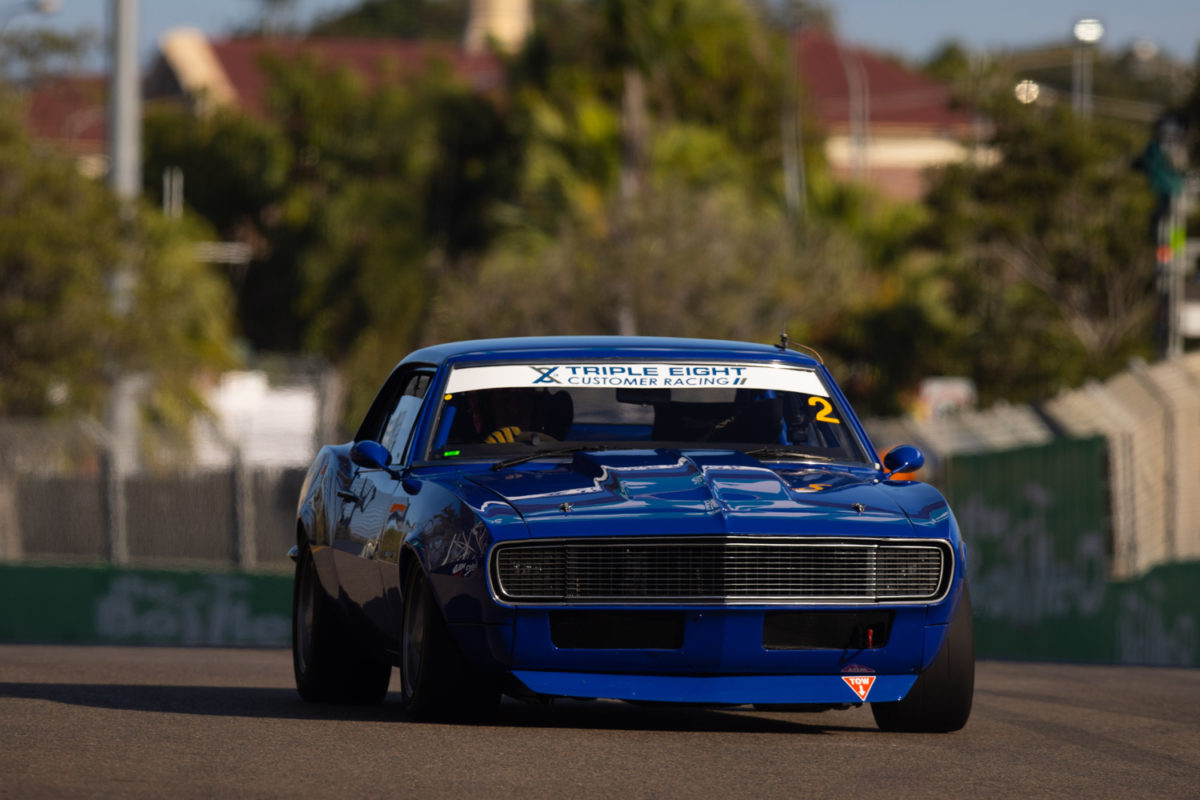 Paul Morris upped the ante across the two NQ Supersprinter sessions on Sunday as the 2014 Supercheap Auto Bathurst 1000 winner shaved time off his Saturday benchmark in the invitational category.

Morris – who set a 1:27.492s best in the first of Saturday’s three 20-minute sessions – lowered his own benchmark to a 1:23.285s aboard his Triple Eight-prepared Chevrolet Camaro.

It was a bruising day of running for several runners, none the least Grant Abrahams who crashed his Renault Megane in the day’s second session, bringing it to an early end with Morris atop the timesheets.