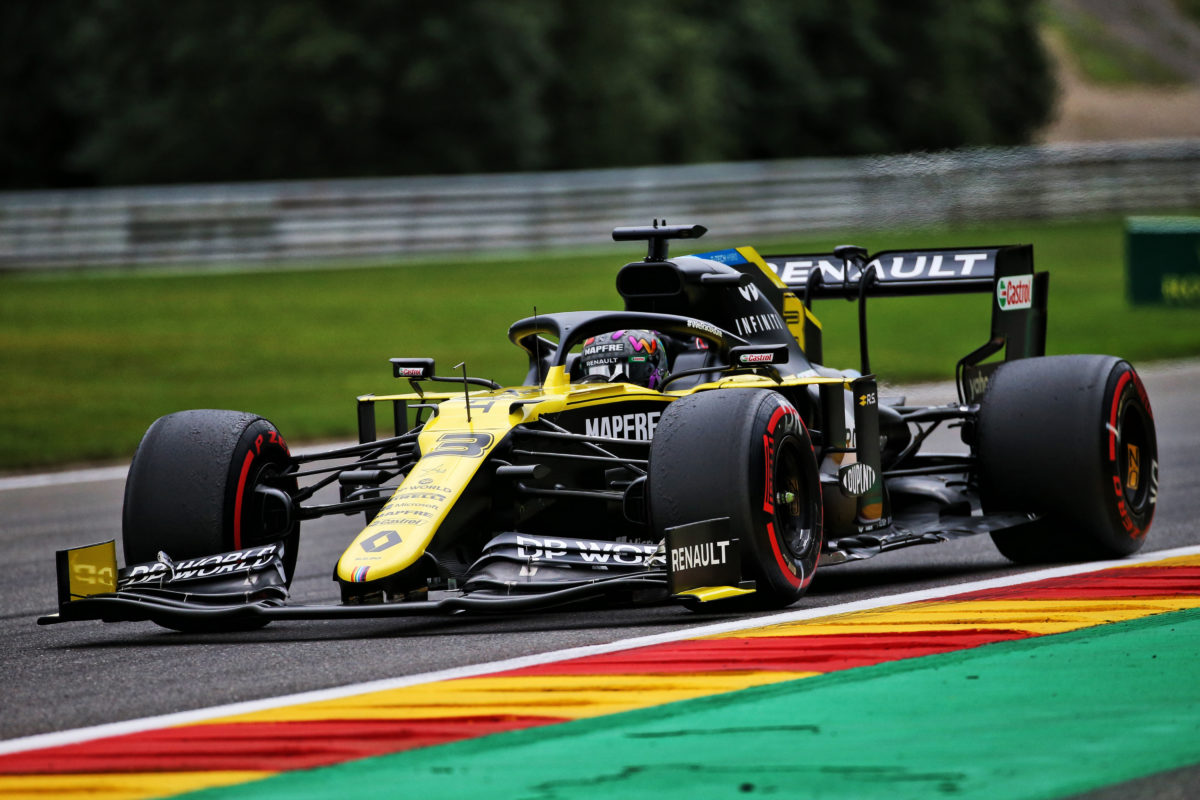 Daniel Ricciardo will start the Belgian Grand Prix from fourth on the grid behind an all-Mercedes front row.

The Dutchman pipped Ricciardo in the closing moments of qualifying after the Renault driver banked a strong time on his first attempt in Qualifying 3.

Hamilton was again in untouchable form; half a second clear of the field to sit on provisional pole midway through the session’s final phase, the Brit then raised the game another two tenths with his final effort.

The world championship leader headed the queue as Qualifying 3 began, all 10 drivers who’d made the cut heading immediately out on track as the green light shone.

Hamilton’s opening effort, a 1:41.451s, proved a new track record and comfortably clear of what Bottas could muster in the sister car.

Following on from his strong practice pace, Ricciardo recorded the third fastest time.

It saw the Renault driver within half a tenth of Bottas, who’d dropped pace exiting the first corner on his timed lap, and came despite reporting brake by wire issues in Qualifying 2.

Mercedes returned to the track for its final run with more than four minutes left on the clock, Hamilton on the road ahead of Bottas.

It saw the Mercedes duo on track comfortably clear of the rest of the field, which headed out of the lane some 30 seconds later.

Hamilton was able to improve on his early effort, going two tenths quicker to record a 1:41.252s lap and reaffirm his claim for pole position.

Bottas was unable to get within half a second of his team-mate, while Verstappen crossed the line to record the third best time, bumping the Renault driver back one spot.

Ricciardo was one of the final runners on track, though he dropped time in the first two thirds of the lap before ultimately aborting the effort to lock himself into fourth on the grid.

Fifth went to Alex Albon from Esteban Ocon, Carlos Sainz, the Racing Points of Sergio Perez and Lance Stroll, with Lando Norris rounding out the 10.

Notable by their absence at the top end of the grid were the Ferraris, with neither Sebastian Vettel nor Charles Leclerc progressing beyond Qualifying 2.

The pair had only narrowly escaped the first cut before recording the 13th and 14th best times of the day respectively.

Such had been their plight that Vettel had been slowest of all runners prior to his final run in Qualifying 1, which saw him climb to 13th.

Neither of the scarlet machines would progress beyond Q2, however, slotting in behind the AlphaTauris of Daniil Kvyat and Pierre Gasly.

Earlier, the two Alfa Romeos, both Haas, and Nicholas Latifi’s Williams were all eliminated from Q1 as the final five places on the grid were determined.

For Hamilton, pole position marked his sixth at Spa-Francorchamps and the 94th of his F1 career.

While qualifying was dry, the threat of rain lingers over Sunday’s race, which is set to commence at 23:10 AEST.