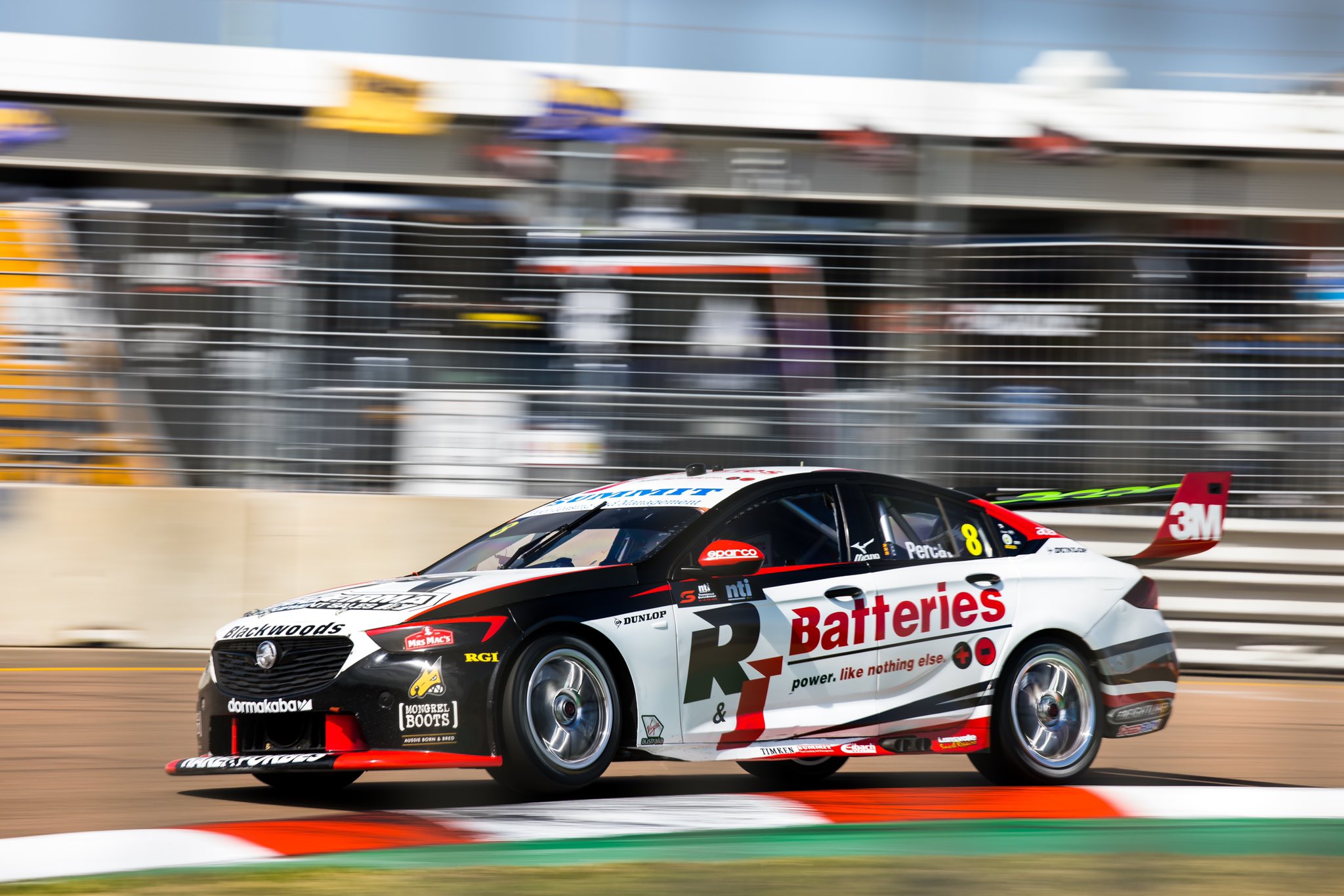 After an engine failure left Nick Percat “annoyed and angry” on Saturday, he was smiling on Sunday having qualified on the second row in Townsville.

The R&J Batteries-backed driver will start Race 20 from ninth and Race 21 from third at the NTI Townsville SuperSprint.

It’s a solid comeback for the four-time race winner, who was forced to retire in Race 19 while on course for a possible top five finish.

Following the first race of the weekend at the Reid Park Street Circuit, the #8 Holden ZB Commodore received an engine change after metal was found in the car’s oil lines.

Percat spent Sunday morning cooling off with his chocolate labrador Nelson after what was a frustrating day.

However, the 31-year-old said he might have been able to challenge for pole position if not for a cautious approach due to light rain on the circuit.

“Last night I was very, very annoyed and angry, but thankfully I’ve got Nelson here so we had a few long walks on the beach last night and this morning to kind of have a reset,” said Percat.

“It was just frustrating for the whole team with what happened. This morning, the car was quite good, the same as yesterday in qualifying.

“I think we missed being on the first two rows by half a tenth in the first qualifying session. In the second one, we nearly jagged ourselves a pole.

“Myself and Todd were just talking in the truck, we came through the Turn 1 kink, doing 250km/h and I had to have the wiper on because there was that bit of rain and I was like, ‘How deep do I go down here? because I don’t want to muck this up’.

“So I gave up a lot of time at (Turn 1). If I think I had my time again, in hindsight, I would’ve sent it a bit more at (Turn 1) and the time would have been better again.

“We had favourable track conditions then, and the BJR car loves a bit of cloud cover so we utilised that. Overall, a much more positive day for myself and Todd.

“If I had my time again, I wouldn’t, but it’s all good, we set a good base for everyone to chase, and to be only four one-hundredths off pole is mega.”

Race 19 saw both Macauley Jones and  Hazelwood retire early on in proceedings. Both drivers suffered damage in the Turn 2 incident on the opening lap, Jones retiring with damage while Hazelwood had engine issues of his own.

Jack Smith was the sole remaining entry for the team who finished 16th.

On Sunday morning, Jones qualified 12th and 17th for Race 20 and 21 while Hazelwood was 17th and fifth. Smith, meanwhile, will start 22nd and 23rd.

Race 20 of the Virgin Australia Supercars Championship gets underway at 13:05 local time/AEST.