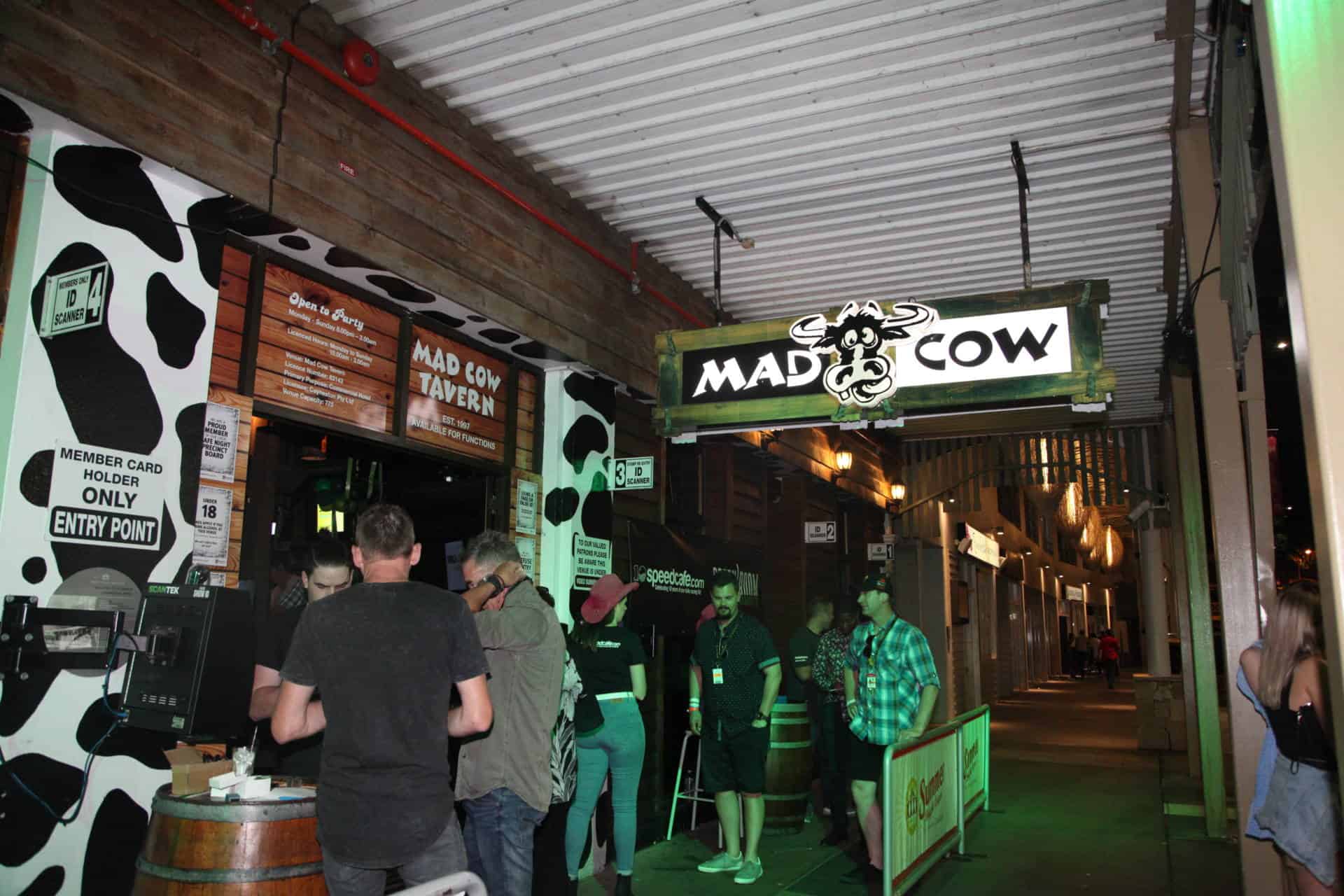 If there is one thing we have become accustomed to during the last 12 years, it has been an annual Supercars event on the streets of Townsville in North Queensland.

Traditionally held in July, for the next two weekends Townsville will host Supercars rounds after COVID-19 restrictions around the country forced changes to the original calendar.

The other event that has become a staple for fans on the traditional Sunday night of the Townsville event has been the Speedcafe.com Greenroom party at the legendary Mad Cow Tavern.

The Mad Cow was established back in 1997 by Dave Walker and Mark Adams and quickly gained a reputation as the place to be in town because of its unique name and its cool theme as an Australiana saloon.

The bar, which is located in the famous Flinders Street precinct, is now owned and operated by one of the best in the business, Mark ‘Red Dog’ Napier.

Napier was born and raised in Bowen, about two-and-a-half hours south of Townsville, and moved to Sydney not long after finishing high school to pursue a career in the marine industry. 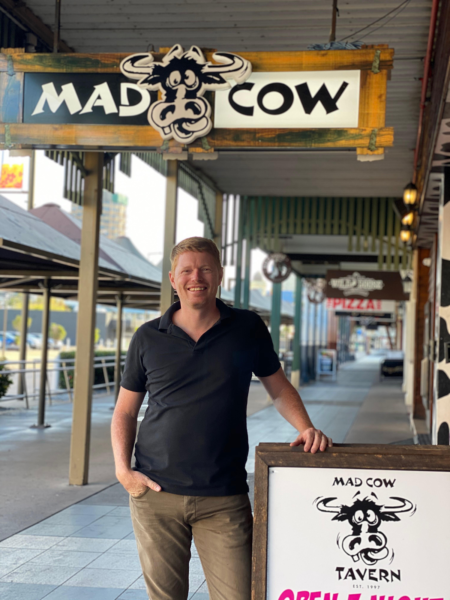 With a lot of his mates moving to Townsville and moving into the trades, homesickness eventually got the better of Napier and he moved ‘home’.

Well known Townsville hospitality entrepreneur Jamie Fitzpatrick was the boss at the Mad Cow and gave Napier his start in the business picking up glasses.

Ironically, Fitzpatrick still has several bars and restaurants in town and recently acquired a hotel.

Napier has developed relationships and a reputation second to none in Northern Queensland and, like everyone in the hospitality industry, has done it tough through the COVID-19 period.

During the original Queensland lockdown, he had to reduce his staff from 60 to his core management group of just 10.

They used the time to make some small changes to the venue and give it a ‘birthday’ in preparation for a full return to business.

Capacity and movement restrictions are still in place, but Napier has managed to get most of his staff back to reasonable hours.

“It has been tough, but tough for everyone,” said Napier.

“We have had no choice but to be smarter and tough it out.

“We all still have a journey ahead of us, but hopefully we continue to travel in the right direction.”

While there have been many notable events and celebrities hosted at the Mad Cow over the years, one of Napier’s proudest experiences relates back to his people.

“One of the cool things is that we have always tried to help university students with employment over the years,” said Napier.

“So many of them have gone on to graduate and become doctors, lawyers and architects.

“Now we see so many of them back in here having a drink and bringing their family and friends with them.”

While Supercars will be back on the streets of Townsville for the next two weekends, the Greenroom has been put on hold this year because of COVID-19 restrictions, but the intent is for it to be back bigger and better in 2021.

It is no fluke that the Mad Cow Tavern was one of the first members of Networkcafe.com.au when it was launched back in June.

Networkcafe.com.au was established as a valuable support mechanism for the industry and its suppliers, sponsors, clubs and organisations during the COVID-19 period, including respected and established entertainment destinations like the Mad Cow which are doing it tougher than most.

“The annual Speedcafe.com Greenroom was created over several drinks with Jamie Fitzpatrick on the Saturday night of the first Supercars event in Townsville in 2009,” said Speedcafe.com founder and owner, Brett ‘Crusher’ Murray.

“A couple of years later it found its home at the Mad Cow Tavern and has been there ever since despite many offers from other establishments around town to lure it away.

“On the Sunday night of the Supercars race there is only once place to be and that is the Mad Cow and that is something we have proudly built with ‘Red Dog’ and his team.” 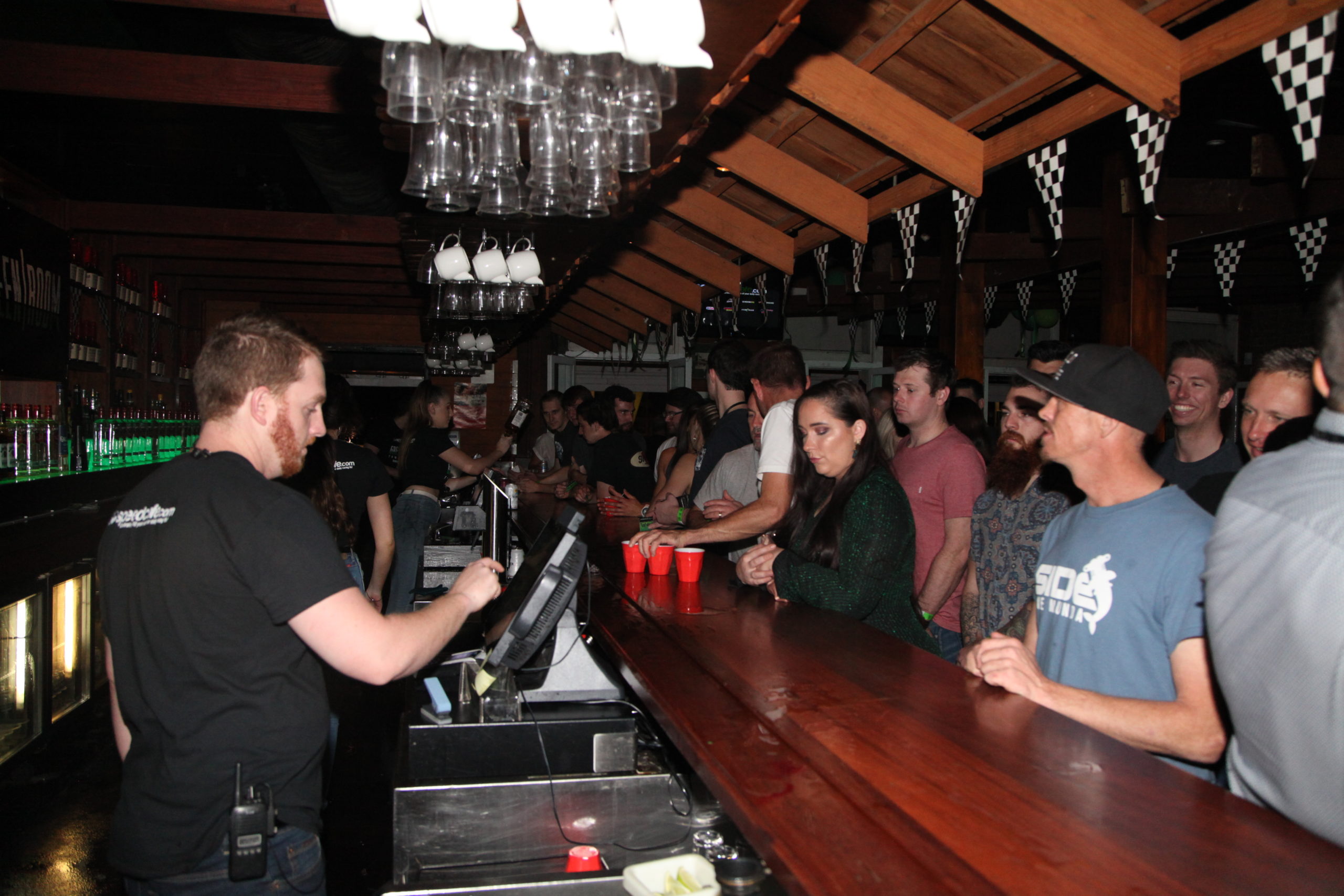 The VIP bar at the Speedcafe.com Greenroom

Napier says that becoming a member of Networkcafe.com.au was almost automatic for the Mad Cow.

“I guess the Mad Cow was a little different from a lot of businesses, because we already had a relationship with Speedcafe.com through our annual Greenroom events,” said Napier.

“The Speedcafe.com team reached out to us straight away and joining Networkcafe.com.au was a no-brainer for us and it is working.

“We have had several groups associated with Supercars contact us to set up opportunities over the back-to-back events this month.

“I think every member of the Network is grateful for the opportunity that has been created and I am sure we will see many of them in here over the next 10 days or so and then during the year.”

CLICK HERE to view the Mad Cow Tavern on Networkcafe.com.au.