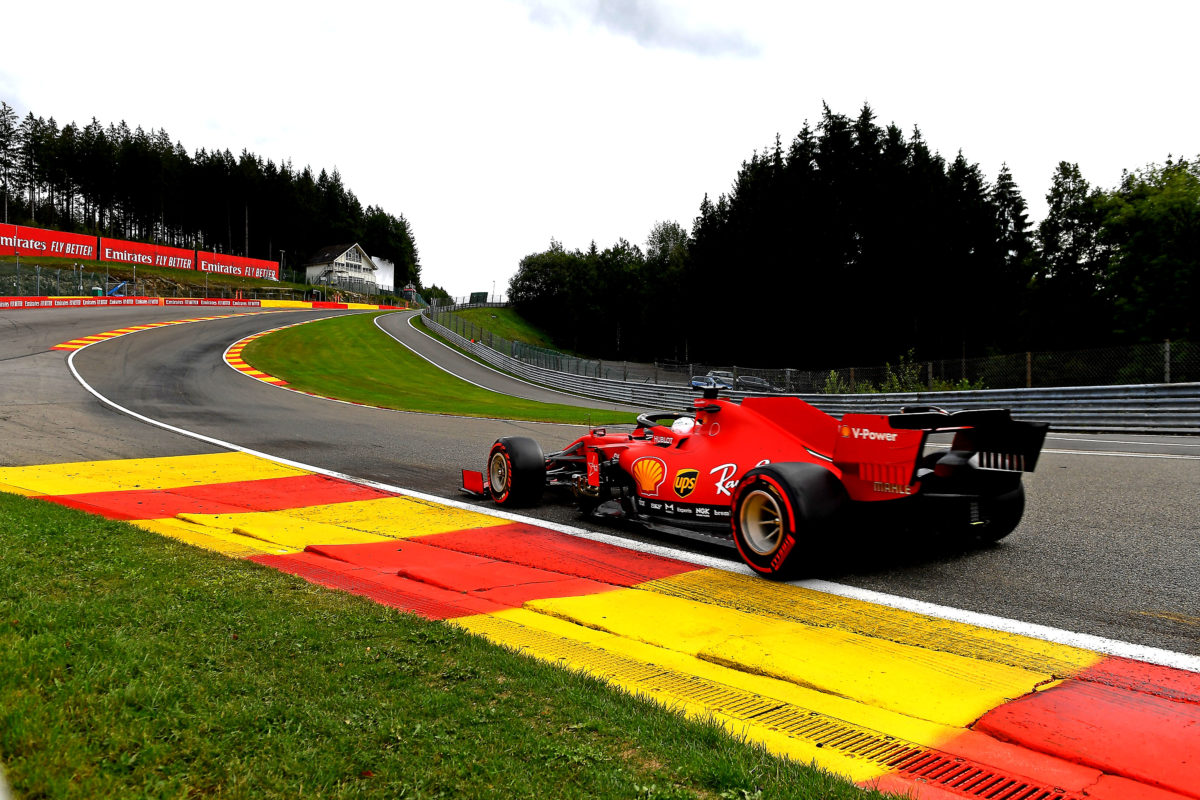 Neither Charles Leclerc nor Sebastian Vettel are expecting miracles in Sunday’s Belgian Grand Prix after they both qualified outside of the top 10.

The pair will line up 13th and 14th respectively having only narrowly escaped the cut at the end of Qualifying 1.

It’s a significant downturn in performance from the squad which dominated the 2019 Belgian Grand Prix.

“This is the true picture, it’s what the car can do around here today,” conceded Vettel to Sky Sports.

“Obviously we’re not where we want to be, but that’s not the first race or the first qualifying where that’s the case.”

Vettel had languished in 20th in the closing moments of Qualifying 1 before a late flyer saw him rise to 13th.

That saw him progress to the next phase, only to be eliminated from the session with a time 1.2s slower than Lewis Hamilton was capable of to that point.

Lerclec was scarcely more than 0.2s faster, and ultimately 1.7s slower than the pace with which Hamilton eventually claimed pole.

“To be honest, it’s very difficult to find an explanation,” Leclerc admitted to Sky Sports when asked where the team had fallen behind.

“As drivers we will try to make the best race possible tomorrow, even though we can’t expect any miracles.”

Heading into qualifying there was a concern that Ferrari could even miss the cut from the three-part session’s opening phase.

“This morning looked like we didn’t make it to Q2 and I think we did with both cars,” Vettel observed.

“Obviously that’s not a success but it’s everything that we could do today and it’s where we stand so we see what happens tomorrow.

The Belgian Grand Prix, for which Daniel Ricciardo will start fourth, is set to begin at 23:10 AEST this evening.