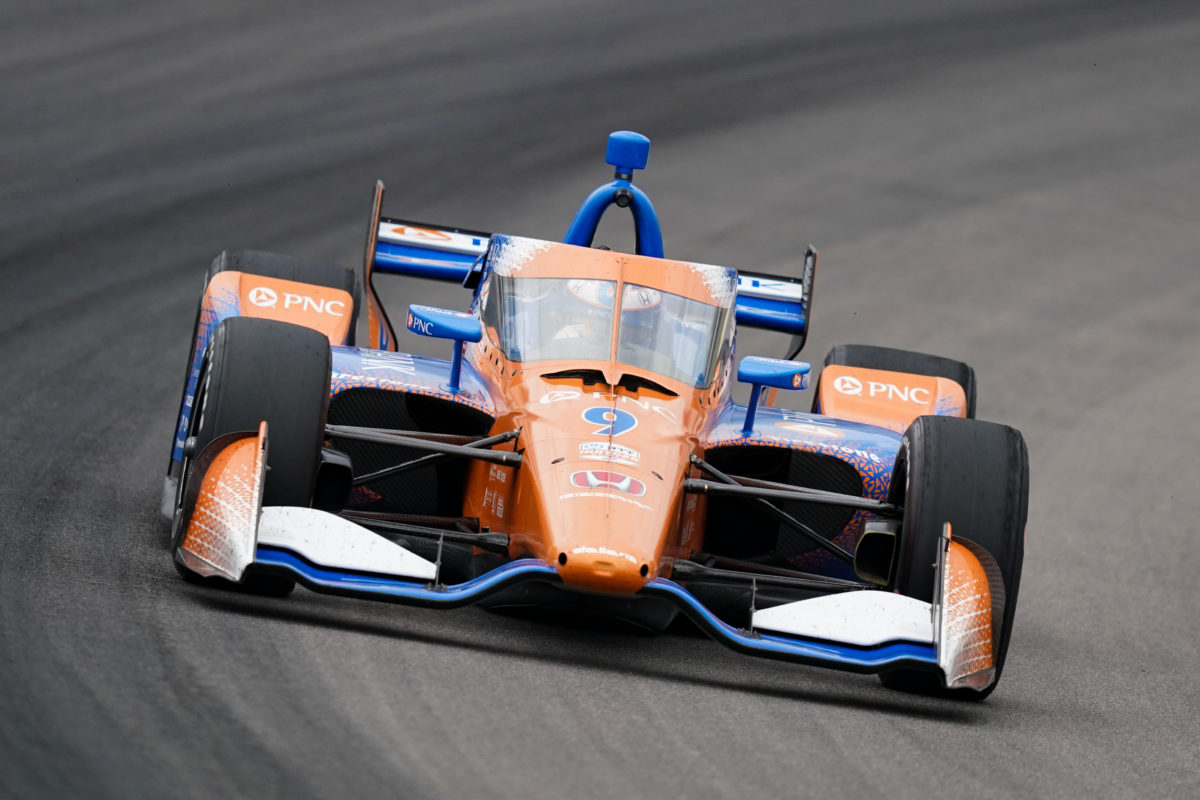 Scott Dixon has notched up the 50th win of his IndyCar career at Gateway while pole-sitter Will Power finished 17th after being trapped by a mid-race Caution.

Dixon held out Takuma Sato to prevail by 0.1404s after 200 laps, mirroring the outcome of the Indianapolis 500 six days prior, and now leads the series by a sizeable 117 points.

Power had led the race until making his first pit stop at the end of Lap 62 and took up third position once the cycle completed.

Pato O’Ward, who started alongside the Team Penske driver on the front row, emerged in first position on Lap 68 and Dixon had similarly held third from the start before gaining a position through the opening stops.

They ran in that order until Power peeled off on Lap 101, a decision which would prove crucial when yellows were called on Lap 109 for light rain.

The #12 Chevrolet, among other cars which had been through the 1.25mi (2.01km) oval’s pit lane around the same time, was mired a lap down in 12th position.

When the pits opened again, the McLaren SP crew managed to keep O’Ward ahead of Dixon by a slim margin, while the New Zealander’s Chip Ganassi Racing team-mates, Marcus Ericsson and Felix Rosenqvist, retained third and fourth respectively.

Sato, who had run just inside or just outside the top 10 for the first half of the race, sat sixth for the restart in the #30 Rahal Letterman Lanigan Honda, behind Andretti Harding Steinbrenner Autosport’s Colton Herta.

The green flag came on Lap 122, at which time Rosenqvist got well loose as he was passed by Herta and dropped all the way to ninth.

The top three ran as you were until Herta made his final pit stop on Lap 155, while O’Ward and Dixon came in together on Lap 164.

That was another pivotal moment with the #9 Honda jumping the #5 Chevrolet in the lane to take the effective lead of the motor race, before Sato resumed behind them in third on Lap 176 despite a slow stop.

The now two-time Indianapolis 500 winner rounded up O’Ward on Lap 180 at Turn 1, squeezing #5 right to the bottom, at which time Dixon’s lead was a touch over two seconds.

Sato did not take long to catch the Kiwi but could not fashion a pass and was this time narrowly beaten by Car #9.

Josef Newgarden remains second in the standings but gave up another 33 points to Dixon by finishing 12th, five positions ahead of team-mate Power.