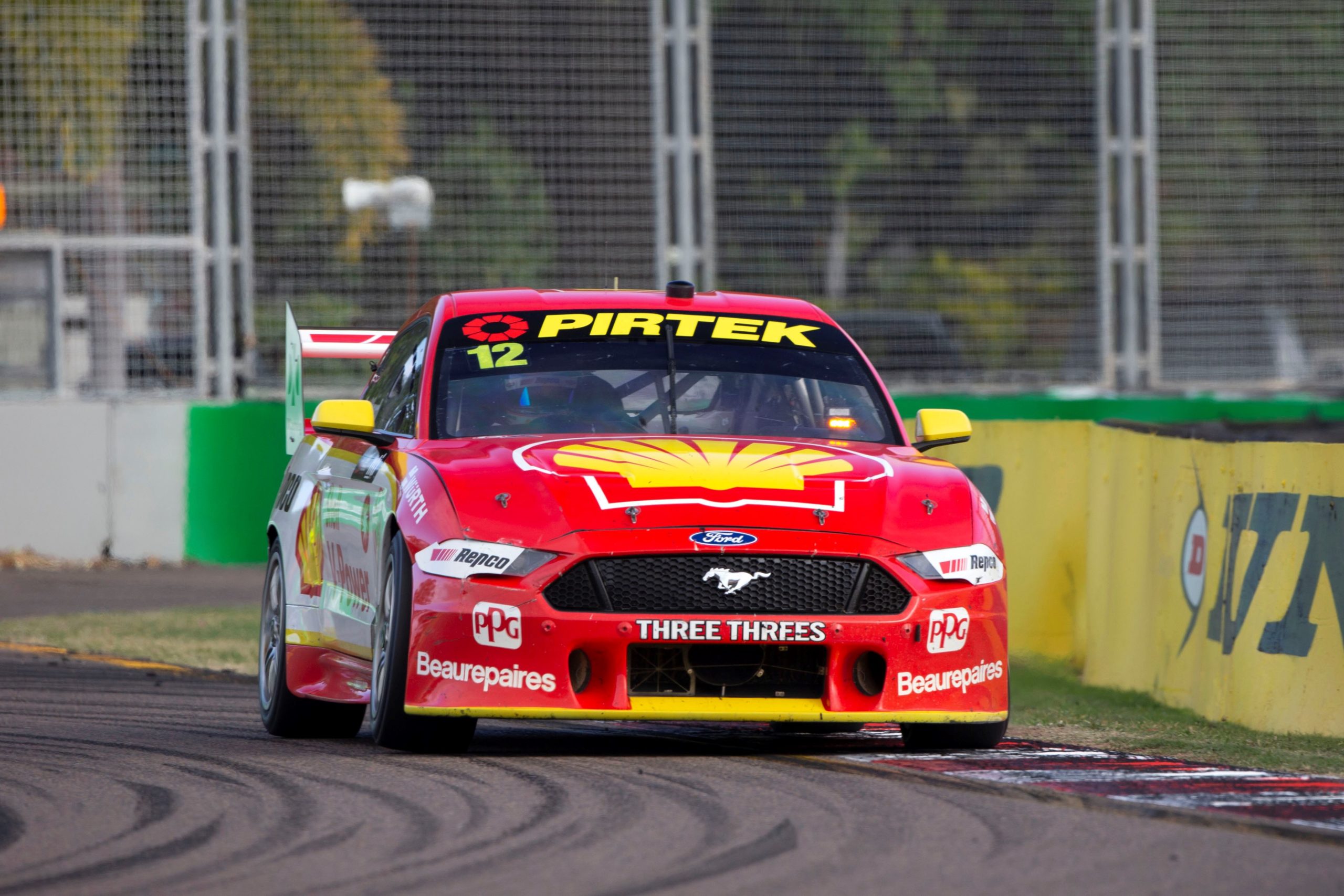 Fabian Coulthard says he would be racing again tomorrow if he could in an effort to get on top of his sudden lack of speed in Townsville.

After coming through to fourth in Race 19 at the NTI Townsville SuperSprint on Saturday, Coulthard was riding a wave of confidence heading into the final two races of the weekend.

However, both Coulthard and his team-mate Scott McLaughlin struggled in the first portion of qualifying come Sunday morning.

Coulthard was 15th while McLaughlin was only marginally quicker in 13th.

The second stage of qualifying saw Coulthard suffer still with the 16th fastest time while McLaughlin made significant gains to score pole position.

The 38-year-old was forced into a recovery driver after he stalled, fell to the rear of the field, and struggled to make headway.

Despite a trying weekend, Coulthard said he was confident the team could overcome the issues.

“I’m confident in all my guys,” said Coulthard.

“A good judge of character is how you bounce back from a bad event and I’ve got faith in our guys.

“I think we’ve got a direction. I wish we were racing tomorrow to get on top of it.”

Coulthard identified qualifying as a sore point for the team, which put him on the back foot from the outset on Sunday.

“I was pretty positive after (Saturday),” said Coulthard, referencing his fourth place finish.

“I woke up this morning and we tried to tune the car up and make it a little bit better.

“I don’t feel like we made the same leap forward as others did and that sort of set up our day.

“Qualifying is key as we know, but to qualify where we did in both sessions made our day very, very tough.”

After a pair of unsatisfactory qualifying results, Coulthard’s said his day was made worse by the clutch issue and lack of pace to boot.

“So I sat there and everyone went past me and dropped (I) back to 24th. I passed a few cars just before the pit stop but didn’t really have any pace.

“We were just stuck there and weren’t able to capitalise on the gap in front of me. I pitted, come out second-to-last and finished 17th, so it’s the best I could do with what I had today.”

Coulthard said in0race strategy and finding speed in specific parts of the circuit would be a focal point for the team in the days between events at the Reid Park Street Circuit.

“I’m not strong enough in the key areas,” he added.

“Turn 5, Turn 6, following cars, my car is quite affected badly. It doesn’t put me in any good position.”

Coulthard will be back on track at the Robson Civil Projects Townsville SuperSprint on September 5-6.