Waters fastest in Practice 1 in Townsville

Waters fastest in Practice 1 in Townsville 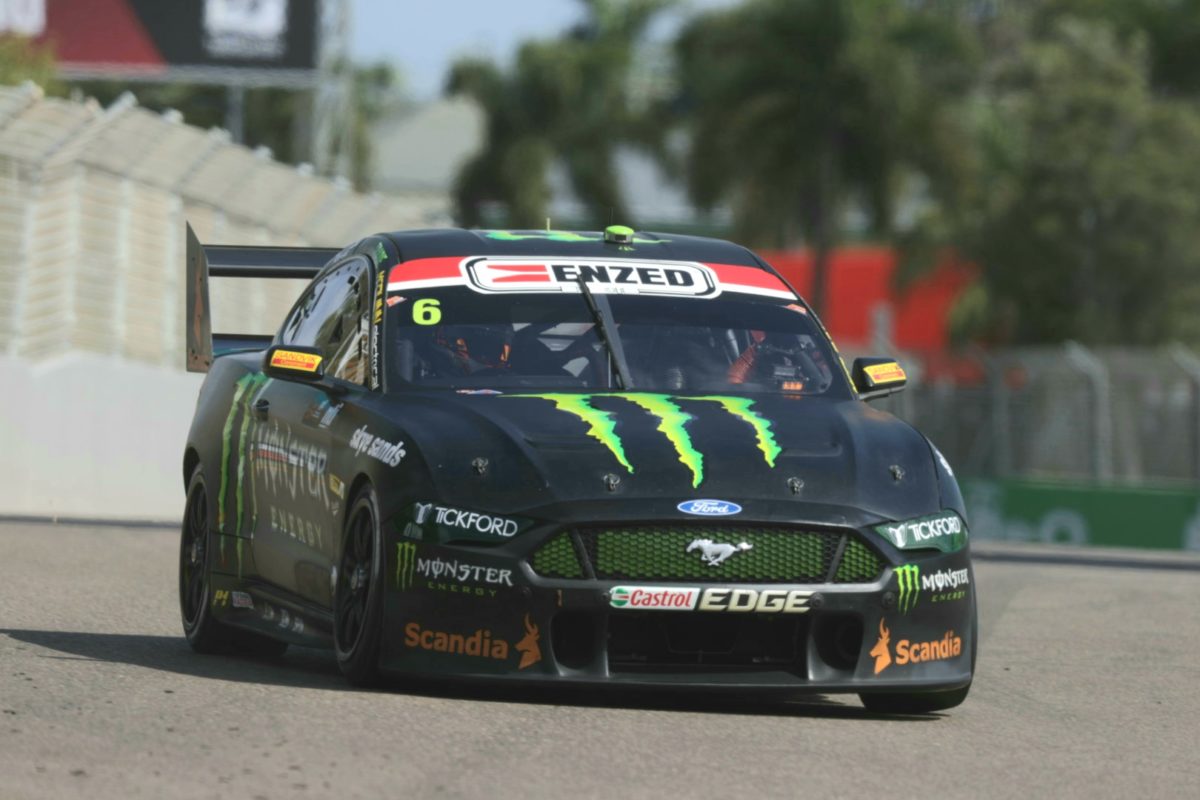 Cameron Waters was fastest in Practice 1 at the NTI Townsville SuperSprint as Scott McLaughlin focused on long run pace.

Waters held first position for the majority of the half-hour session and reclaimed that spot in the ‘happy hour’ period at the end with a 1:12.5033s.

Behind the Tickford Racing driver was Triple Eight Race Engineering duo Shane van Gisbergen and Jamie Whincup, at 0.1895s and 0.2295s back respectively, while McLaughlin ended up 22nd.

When proceedings kicked off, David Reynolds and Bryce Fullwood immediately bettered the latter’s pace-setter in the preceding Rookie Practice session, although the Walkinshaw Andretti United driver’s first flyer was still 0.4836s slower than the former’s 1:13.0974s.

By the end of the first runs, Waters was on top with a 1:12.9955s in the #6 Monster Energy Mustang while Reynolds’ initial effort in the #9 Penrite ZB Commodore was still good enough for second position.

Chaz Mostert (#25 Mobil 1 Appliances Online ZB Commodore) moved to second with a 1:13.0582s as the session moved past halfway and was on to go fastest on his following lap until putting in a slow third sector.

Waters was finally joined in the ‘twelves’ by the man who he had dislodged, Reynolds, when the Erebus Motorsport driver returned the favour with a 1:12.9942s on his third run.

Whincup briefly led with his 1:12.7328s with new tyres on the #88 Red Bull HRT ZB Commodore for his final run, until Waters moved back into first position in the last seconds before the chequered flag.

“Rolled out pretty good, little bit different to what we finished with in Darwin, bit different track, more towards our street circuit car,” said Waters.

“It’s nice when you bolt it in and it works; it’s pretty close and that’s promising. Still not perfect and it’s only Practice 1; the track’s still coming up and everything. Good start but a long way to go this weekend.

“Qualifying is going to be everything around here, more so than ever, and it’s something that my car and myself have been good at over the last few races. That’s really promising, but we’re still not there yet; we’ll keep chipping away.”

Mostert rounded out the top 10 with no advance on his 13-flat earlier in the session.

The latter completed only two runs totalling a session-high 21 laps but managed to set his fastest first sector eight laps into the latter of those.

Mark Winterbottom propped up the timesheet with a best of 1:13.8993s in the #18 Irwin Tools ZB Commodore.

Practice 2 at Event 7 of the Virgin Australia Supercars Championship starts at 11:20 local time/AEST.