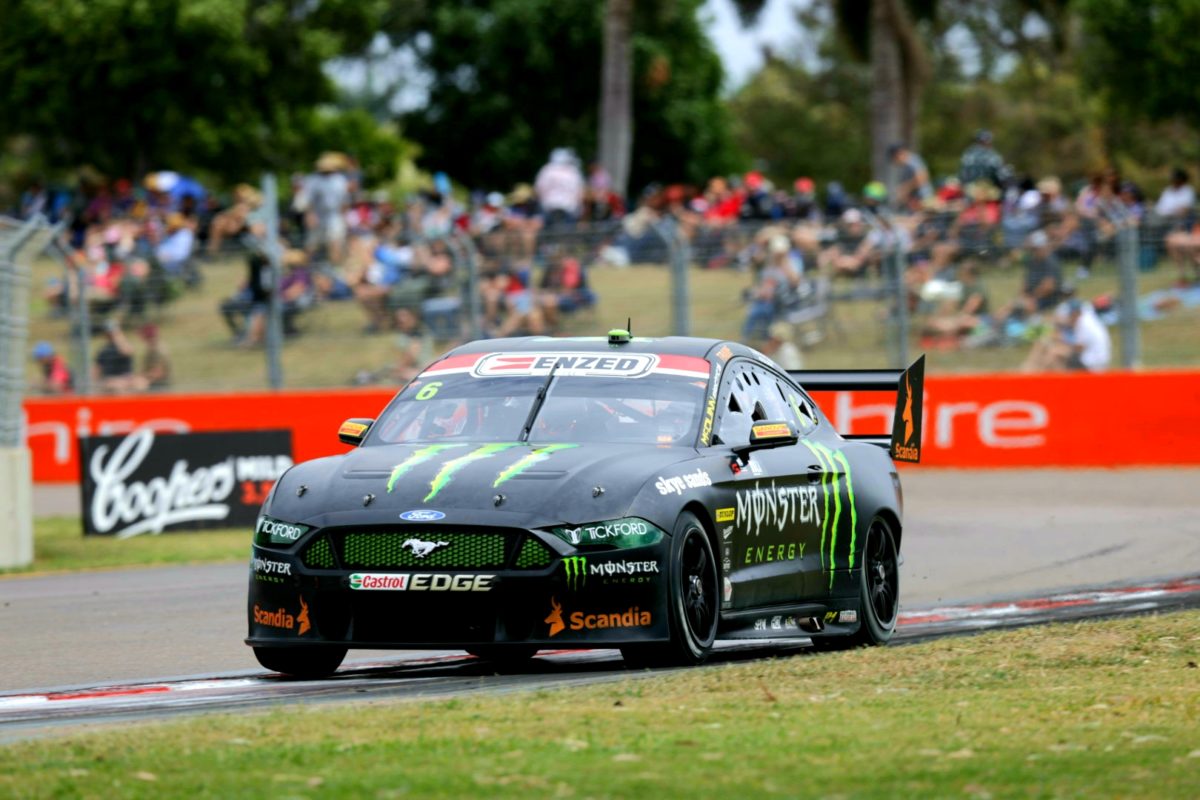 Cameron Waters has finished fastest in Practice 2 at the NTI Townsville SuperSprint by a tenth-and-a-half over Scott McLaughlin.

Waters, who also topped Practice 1, wrested first position back from the championship leader with the chequered flag out on the second half-hour session by driving his #6 Monster Energy Mustang to a 1:12.2954s.

That was 0.1557s quicker than McLaughlin’s fastest and 0.1639s better than the other Shell V-Power Racing Team entry of Fabian Coulthard.

As was the case in Practice 1, Reynolds was knocked off his perch by Waters when the Tickford Racing driver set a 1:12.6243s on his second run.

McLaughlin was 22nd-fastest In Practice 1 having gone for just two, long runs but moved the #17 Mustang to second on the timing screen with a 1:12.6459s on his second run in Practice 2.

With the chequered flag waiting, the DJR Team Penske star became the first driver to better Waters’ Practice 1 benchmark in recording a 1:12.4511s.

Coulthard (#12 Mustang) did likewise but fell 0.0082s short of his team-mate, before Waters rebounded two positions.

First of the Holden drivers in the end was Nick Percat (#8 R&J Batteries ZB Commodore) with an even later advance to fourth at 1:12.5491s, and Mostert then crept up to fifth.

Reynolds was sixth, from Mark Winterbottom (#18 Irwin Tools ZB Commodore) and van Gisbergen (#97 ZB Commodore), the last driver within half a second of the best pace.

While Alex Davison’s Team Sydney entry was seen belching smoke in a sign of a power steering problem for the #19 Local Legends ZB Commodore, proceedings once again ran uninterrupted.

Qualifying for the first Virgin Australia Supercars Championship race of the weekend, which includes the return of the Top 10 Shootout, commences at 12:45 local time/AEST.